Leon Edwards Has an Issue With The “Demands” of Jorge Masvidal

Jorge Masvidal wants a big fight, as well a bigger paydays, but Leon Edwards doesn't think his rival should be making any demands.

Following Jorge Masvidal’s jaw-dropping, KO wins this past year, “Gamebred” wants a big stakes fight as well as a raise. But, his rival and fellow welterweight contender Leon Edwards is taking an issue with Masvidal’s demands. Not only that, the surging British fighter’s claiming Masvidal’s turned down a fight with him. 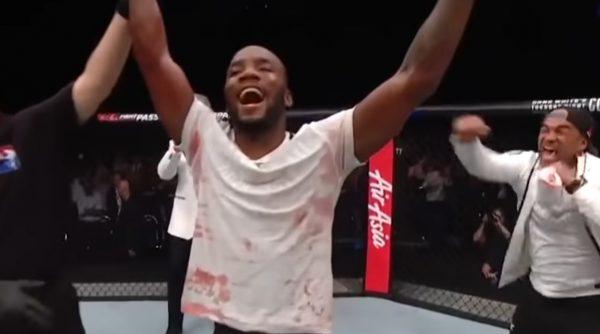 Masvidal has had quite the 2019 campaign, as in March, he bombed out Darren Till, and last month, he took out Ben Askren in just five seconds. Since his win at UFC 239 in July, Masvidal has said he wants a title shot, or a bout with Conor McGregor. He’s also made it clear he believes he’s earned a raise.

Well, as you likely recall, Edwards and Masvidal have been feuding all year, on account of their backstage ‘disagreement’ following UFC Liverpool (the same night Masvidal KO’d Till and Edwards defeated Gunnar Nelson by decision). More recently, Edwards has been pushing for a bout with Masvidal, but as noted above, the latter has other plans.

While talking to MMA Junkie recently, Edwards said this:

“The only fight that makes sense now is me and Masvidal, and that’s the fight that I want,” Edwards said. “I spoke to the UFC. They want the fight. I want the fight. But Masvidal is turning the fight down. They say he doesn’t want the fight, so I don’t know. I’m just here. I’ll be ready to go at the end of the year and hopefully get one of those fights.

“They’re saying Masvidal said no, he doesn’t want the fight. He’s trying to outbid himself, saying he wants a stupid amount of money to fight. So I’m ready to go. I’m just waiting to see what happens, and so I’m looking forward to it. Hopefully we get the fight done.”

“….I just don’t see where he gets the nerve to be demanding, making demands on what he wants,” Edwards said. “He’s 2-2 in his last four fights and I’m 8-0 in my last eight fights, second most to the champion.”

So will Edwards – Masvidal happen?

First off, no one should really fault Masvidal for attempting to lock up a title shot or a showdown with McGregor. Or for wanting a raise. Masvidal has been in the game for a long time, and his value right now, has never been higher. Even if he’s not on an eight fight winning streak.

The rugged vet has a ton of buzz right now because of the year he’s had, rightfully or wrongly, and if Colby Covington had lost to Robbie Lawler, Masvidal would likely be next for the champ Kamaru Usman. So, the timing is right to secure a new deal.

But, since Dana White has confirmed that Covington is getting a title shot, and because he’s repeatedly shot down Masvidal – McGregor, could a bout with Edwards materialize? If the UFC ups its price to make it happen, it very well could.