Colby Covington has become one of MMA's most polarizing fighters, to put it midly, and Kamaru Usman's recent comments are further evidence of that fact.

It remains to be seen whether the lead-up to Kamaru Usman vs. Colby Covington gets as nasty or controversial as what transpired before Khabib Nurmagomedov vs. Conor McGregor. But, there are certainly indications that it might. 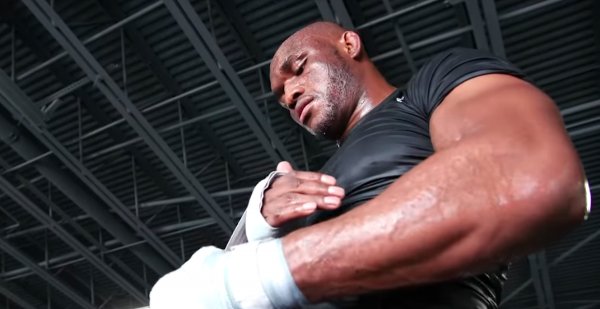 Usman and Covington have been trading verbal shots through interviews and social media for months, and now that the latter defeated Robbie Lawler last weekend, a bout between the two is in the works. While Usman isn’t exactly known for being a trash talker, Covington has made headlines for making controversial statements about Brazil, Brazilian fans, and most recently, Matt Hughes’ accident. That’s in addition to the numerous insults Covington’s slung at various fighters, and just his “Chaos” act in general, which doesn’t exactly sit well with everyone.

While Covington isn’t one of the UFC’s biggest names yet (Rafael dos Anjos has twice as many followers on Twitter for example), there’s no doubt he’s become one of the most polarizing fighters in the promotion. Case in point, while talking to TMZ Sports recently, Usman mad this claim (quotes via MMA Junkie):

“I’ve been deleting messages for the past two days from Instagram,” Usman said. “I’ve just deleted, deleted, deleted messages – thousands of messages on Instagram – of people saying: ‘Bro, you’ve gotta kill this dude.’ It’s not ‘beat him,’ it’s ‘kill this guy,’ ‘kill him for us,’ ‘I want him done worse than Askren was.’

“People have malicious intent for this guy, myself included, and I’m just blessed to be able to go out there and do it.”

“When you get a guy like Covington, who’s bringing the WWE aspect of entertainment into it, it rubs a lot of people the wrong way,” he said. “People don’t like that because they know the basis of what mixed martial arts was built upon. So that’s the big hang-up of why people hate this (guy) so much.”

Now, if you’re new to MMA, you may not know that “done worse than Askren”, refers to Ben Askren’s vicious and record fast KO at the flying knee and hands of Jorge Masvidal last month. Could Usman be exaggerating what fans have been telling him? In terms of their desire to see him take out Covington? Maybe. But it wouldn’t be surprising at all if it’s accurate. Look at how many fans cheered for what happened to Askren. Who, really, had said far less controversial things than Covington has.

It should also be noted that Covington almost certainly wouldn’t be upset by any of this. He’s gone out of his way to antagonize fans and fighters, as a means to garner more attention, and it’s worked.