Jorge Masvidal has been driving for a shot at the welterweight title or a scrap with Conor McGregor. But now that Nate Diaz has called him out, "Gamebred's" very open to throwing hands with the Stockton star.

Due to Jorge Masvidal’s massive, 2019 campaign, the Miami fighter has been pushing for a shot at the welterweight crown or a bout with Conor McGregor. But, now that Nate Diaz has relayed he wants to fight “Gamebred”, the latter, is understandably open to that fight as well. 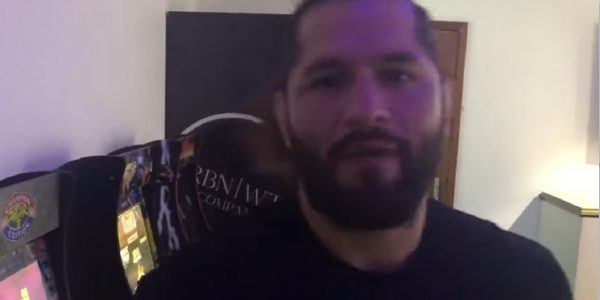 Masvidal has had quite the campaign so far, as the rugged vet has brutally KO’d both Darren Till and Ben Askren. Leading up to his fight with Askren last month, there was talk that the winner could move into a title shot with an emphatic win. Masvidal did just that, by taking out Askren in record time. But, Colby Covington also recently scored an impressive win over Robbie Lawler and is expected to face the champion Kamaru Usman next.

Diaz returned to the cage for the firs time since 2016 this past weekend at UFC 241, and recorded a decision win over Anthony Pettis. Afterward, Diaz prompted a collective ‘yes’ throughout MMA, by calling for a fight with Masvidal.

So what does “Gamebred” think? Well, since UFC 241, Masvidal’s team released the video below. Here is some of what Masvidal had to say about Diaz’s proposal (quotes via MMA Junkie):

“I’m from Miami-Dade county,” Masvidal said. “I’m a dirty south goon – damn right, I ain’t no West Coast gangster. And I’m ready. I’m ready to put it on the line.

“…So Miami peeps, don’t get mad at me if the fight’s not here. I’m just going to do what works for me. We’re just negotiating now, and let’s give the fans a fight that they want to see. Two dogs, locked in a cage, going for the jugular.

“You know that I can get hit with a baseball bat, it don’t mean nothing, and same thing with my rival. You can hit that dude with a (expletive) baseball bat to the kneecaps, he’s going to keep coming.”

There you have it, and as noted above, it’s no surprise Masdvidal’s interested in this match-up. The latter has talked extensively about receiving a big payday, and one would think a bout with Diaz could deliver just that. Further, by all indications Masvidal isn’t going to challenge for the welterweight title next anyways.

So will Diaz – Masvidal happen? Provided the UFC’s willing to meet the fiscal asks by each fighter’s management, or come close, you would think so. Masvidal’s manager has already reported UFC officials are interested in making the bout happen.