Alex Hernandez on Why Fight With Francisco Trinaldo Was a “Landmark”

Alex Hernandez was significanly tested by Francisco Trinaldo last month, but that's precisely why he believes it was a landmark performance for him,

Alex Hernandez was unable to buzz the masses with an emphatic win over Francisco Trinaldo last month, but the lightweight’s outlined why he believes it was a defining victory for him. 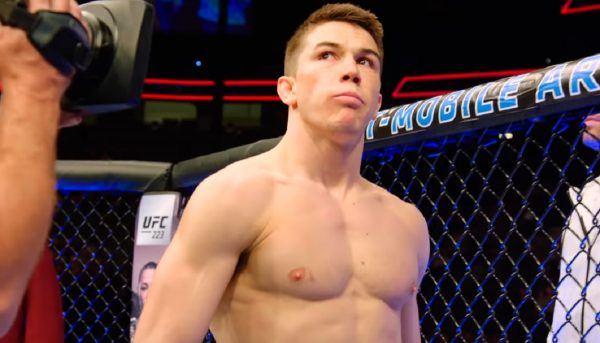 Hernandez was booked to face the rugged vet at UFC San Antonio, following his stoppage loss to Donald Cerrone January. That defeat muzzled some of the considerable buzz Hernandez had gained, thanks to wins over Beneil Dariush and Oliver Aubin-Mercier in his first two, UFC bouts.

Leading up to UFC San Antonio, more than a few people opined that Trinaldo would be a stiff test for Hernandez, and that proved to be the case. Although Hernandez was awarded the fight by all three judges, Trinaldo actually outscored him with strikes by a 28-26 margin.

Well, recently the 26-year-old spoke with MMA Weekly, and while doing so, he had this to say about his performance:

“I always say it’s me versus me, and that fight was about overcoming a psychological giant and facing my first real loss,” Hernandez said. “(Me) proving to myself that I can be a poised fighter and not just acquiesce to my anxiety and angst into being a full-blown pressure fighter without any direction.

“To me this fight was a landmark and a marked evolution in my game and development and maturity as a fighter. It was really a foundation I can build off of now.”

“…I had that (Cerrone) fight and let it slip getting too anxious to go for a kill. We rewired the software going into this fight and changed everything on how I approach anything really and just became a more patient dude in preparation.”

Sure, Hernandez took some heat online for how he approached Trinaldo in the contest, as the striking volume in the contest was quite low. But, you can understand why he believes it was a pivotal performance and win for him. In addition to his comments about remaining poised, and dealing with adversity, another loss would have been a considerable setback for Hernandez.

Further, Trinaldo may not be a household name in the MMA world, but he’s an extremely tough out. It wasn’t that long ago when the Brazilian fighter was riding a seven fight winning streak in UFC competition.

Now it will be interesting to see who Hernandez fights next, and how he looks. Currently Hernandez is ranked #13 in the UFC’s lightweight division.