Germaine de Randamie needed less than 20 seconds to hand Aspen Ladd her first defeat, but the fight's will likely be scrutinized.

Germaine de Randamie ended her main event scrap with Aspen Ladd tonight in very quick fashion. But, don’t be surprised if the post-UFC Sacramento discussions include debates about the fight’s stoppage. 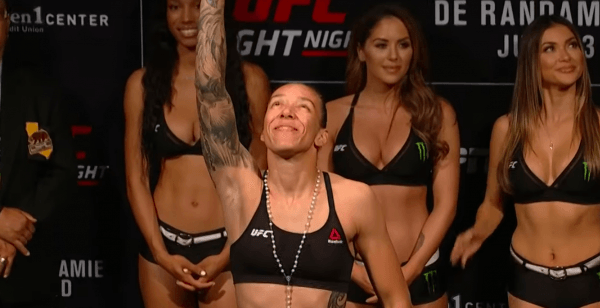 Ladd pressured right out of the gate as de Randamie looked to counter. As Ladd moved forward, de Randamie dropped her with a massive, overhand right. Referee Herb Dean immediately jumped in and waved off the fight; however, even though Ladd didn’t appear to be out.

Afterward, Ladd said she felt fine after being knocked down. All that aside, de Randamie has now won five straight.

Here are the complete results for UFC Sacramento.