SmackDown In A Nutshell: Blue Brand Heading To Philly

It's time for the SmackDown Live go-home show, as the blue brand roster does all it can in the final two hours to make us tune in Sunday

It’s the go-home show for SmackDown Live, as the blue brand is heading to Philly for Sunday’s Extreme Rules PPV. The hype on this show will no doubt be pushing a trio of big blue matches: the triple threat match for the SmackDown Tag Team Championships, the no holds barred tag battle between the team of Roman Reigns and The Undertaker versus Shane McMahon and Drew McIntyre, and the WWE Championship match pitting Kofi Kingston against Samoa Joe. There’s a lot more left to hype as Extreme Rules comes ever closer, so let’s crack open this Nutshell and see what happens! 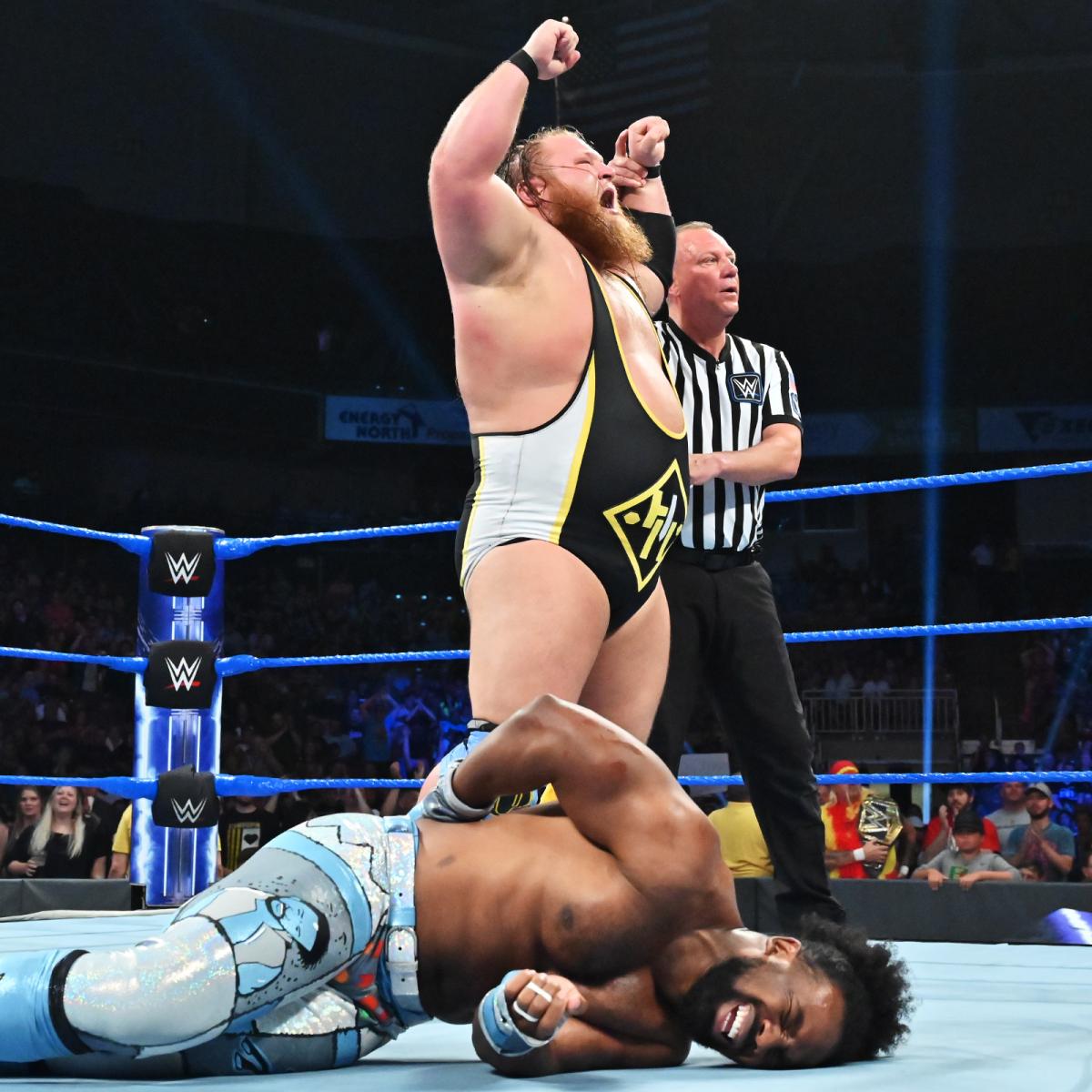 We had a few good ones, to be honest. The one I enjoyed the most? The triple threat between Otis, Daniel Bryan and Xavier Woods. It’s one guy (Woods) who often gets overlooked. Another who is an up-and-comer in Otis, and then Daniel Bryan. It was a fun part of the show. 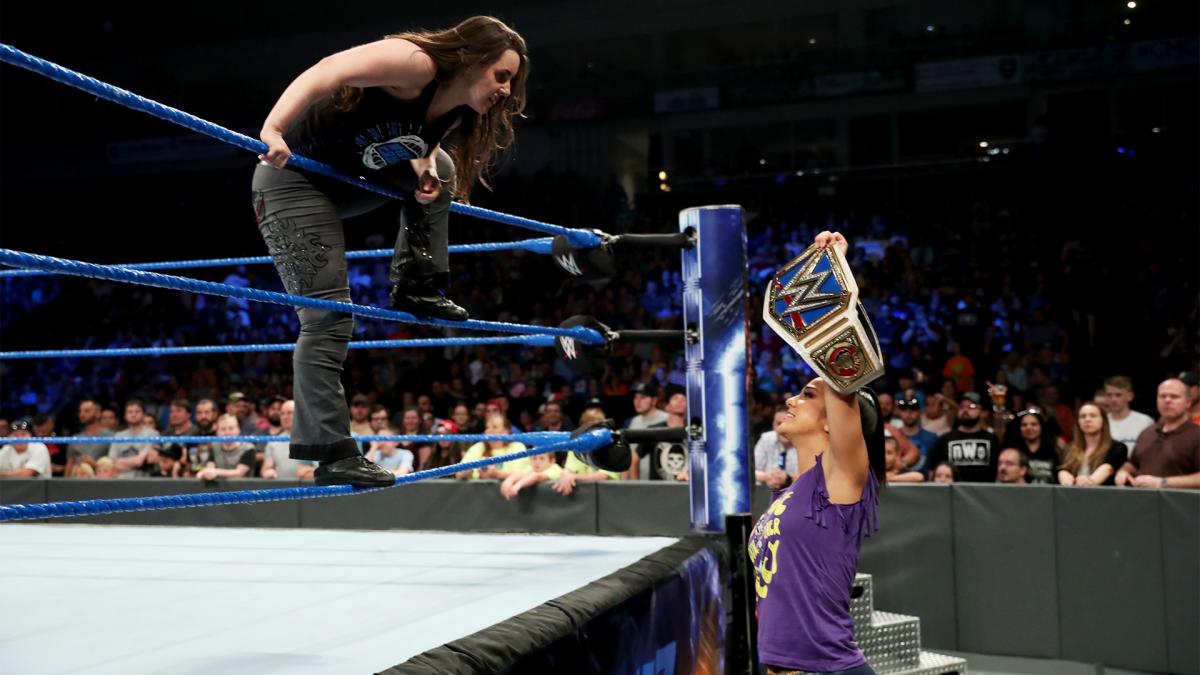 Not a match for me, but the Bayley and Nikki segment. Just seemed to have lost the crowd. Fans weren’t into it on RAW, they weren’t into it on SmackDown either. I think fans miss Sasha, and they’d rather see Nikki as the face here. Honestly do not know if WWE is debating putting the belt on Cross this Sunday, but I bet the response would be electric.

Call me crazy, but I am going to go with a few here, and not all wrestling ones.

First, Samoa Joe with a great promo. Just underscores that mic work is important, and WWE has a bunch of guys who suck at it. Joe is not one of them. 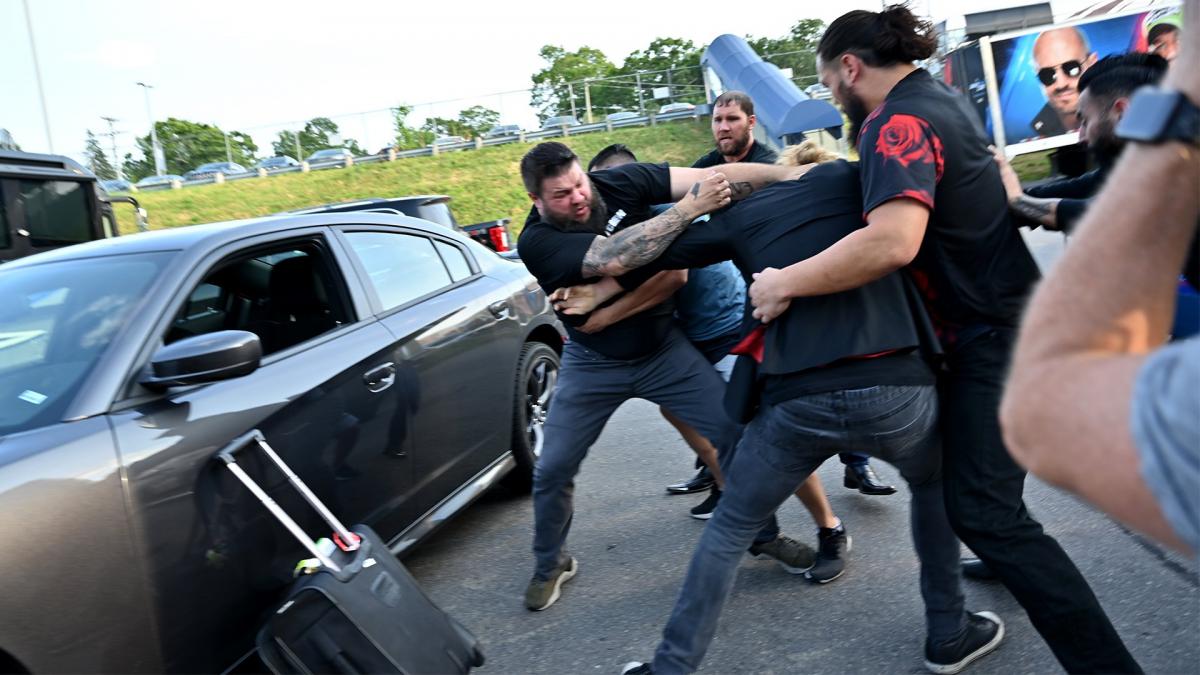 Second, Kevin Owens. Heel? Face? ‘Tweener? Does it even matter? Owens is entertaining right now, and deserves more. Here’s a drool worthy match: Kevin Owens versus Samoa Joe, for the WWE Championship. Sorry Kofi…but that one looks fun to me.

Third: Otis. He worked a singles match tonight and was getting over. The entire segment and match was great, in my opinion.

Otis Dozovic with the dual suplex of both Daniel Bryan and Xavier Woods. Yes, anyone who pays attention knows that both men help him do it (it’s just the safe thing to do). Regardless, it looks like an awesome feat of strength because it really is, assisted or not. It’s nice to see the pop the move got too. Looks like the boys are getting over, slowly but surely. 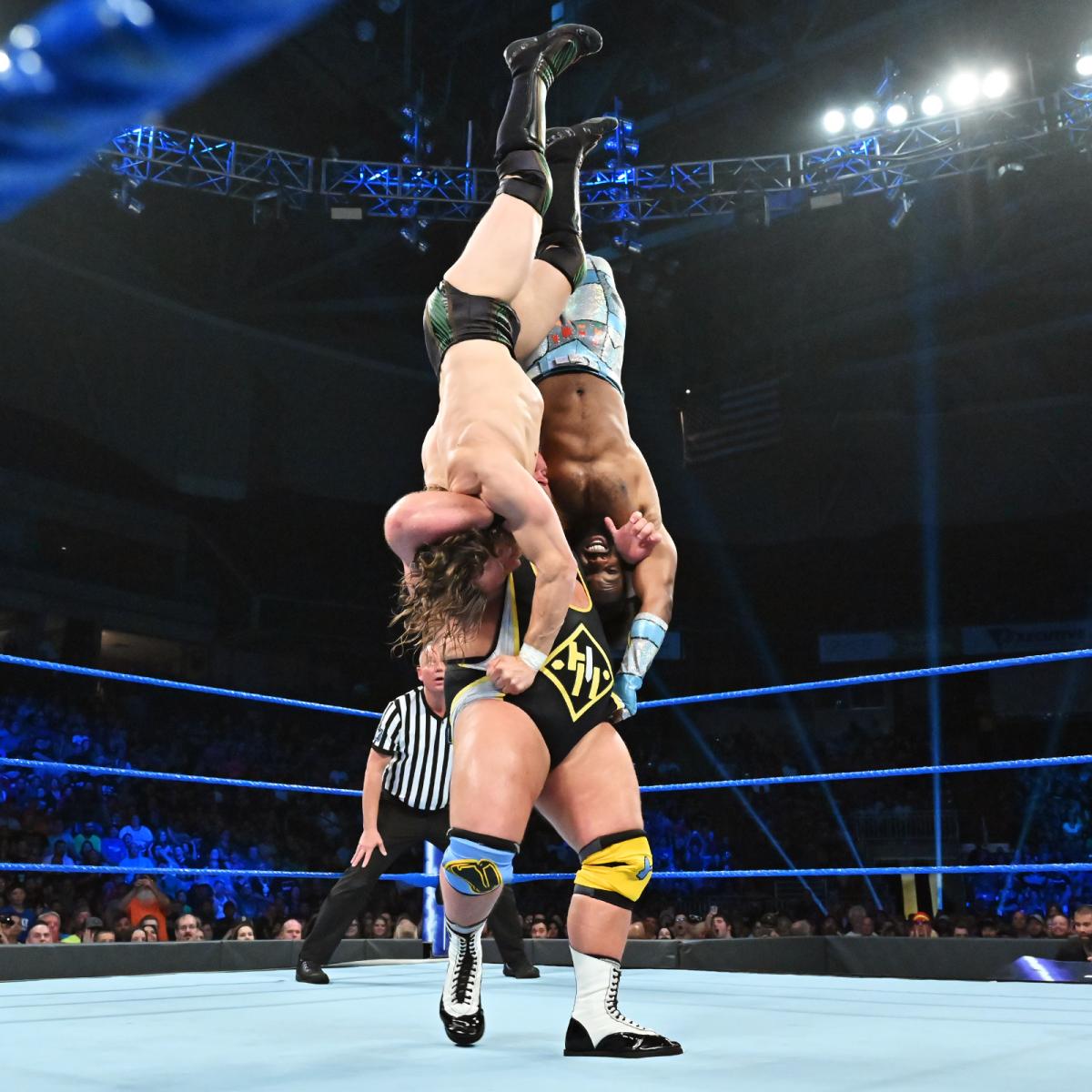 This stunner was nice too… 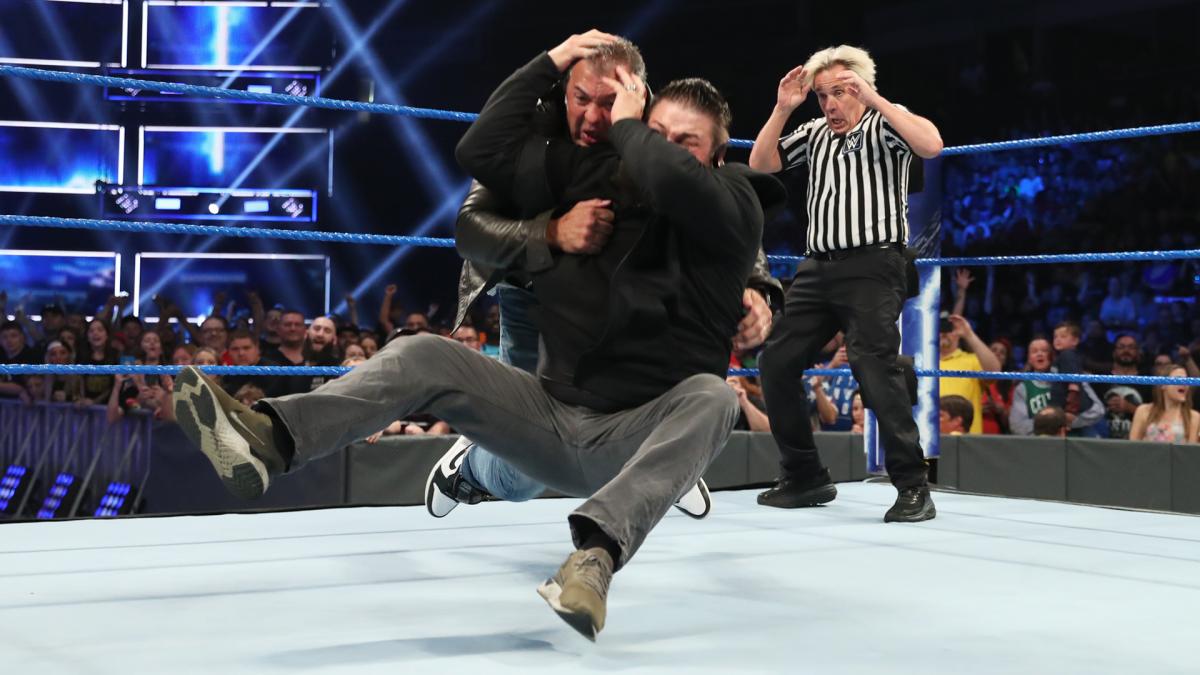 Well, it certainly seems like we suddenly do have ourselves a babyface Kevin Owens again.

Owens had himself a busy night. Started with a backstage brawl with Dolph Ziggler, which got him kicked out of the arena by Shane McMahon. Owens still made it to the ring where he unloaded on McMahon and how the bosses son is taking valuable television time away from so many talented Superstars (he isn’t wrong there). Shane had the mic cut of a few times. 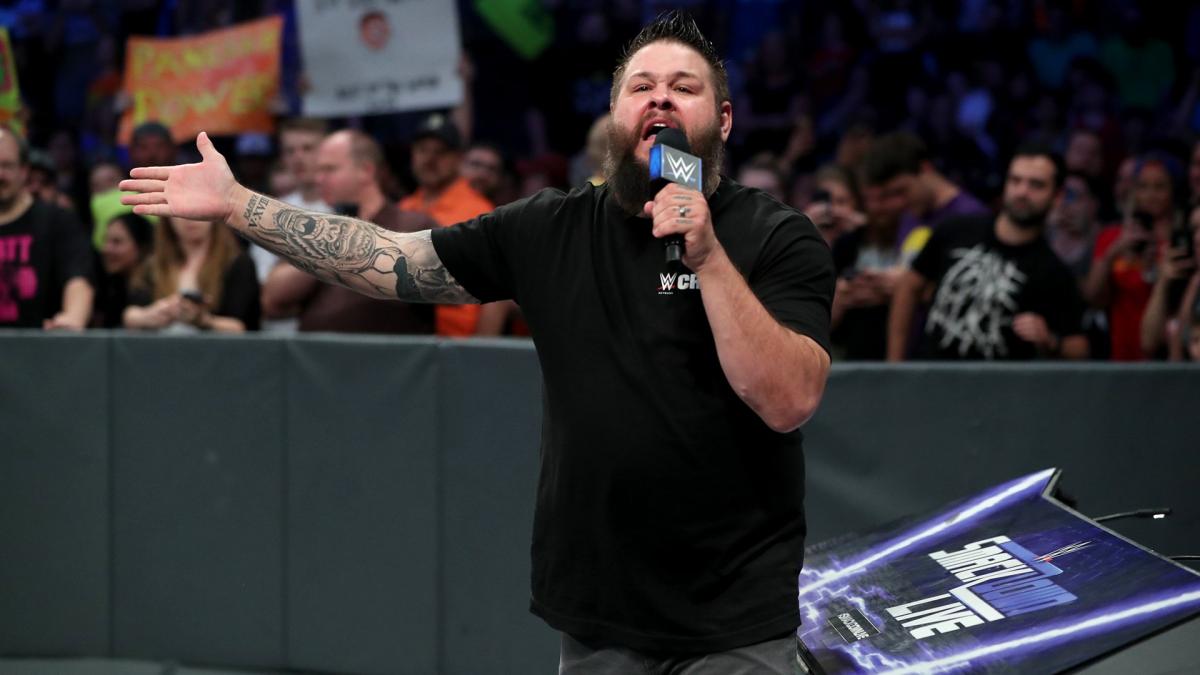 During the main event, Owens ran in from the crowd, dressed in WWE Crew garb, and attacked Shane McMahon while the match had spilled onto the entrance ramp. I had high hopes when Owens initially returned as a face a few months ago, and while I do admit he can be an exemplary heel, I do want to see what he can do with a legitimate, full on run as a babyface (hint: I think we’d all like what we get).

I love me a Samoa Joe promo. Quality heel work. Cold, calculating, just the right amount of scary, without the crazed yelling for the most part. Hopefully WWE remembers what a monster heel he can be, and pushes him as such. I would not be upset at all to see Joe beat Kofi on Sunday.

As had been rumored, the Superstar knocking on Aleister Black’s door was revealed to be Cesaro. The two men will duke it out at Extreme Rules. If creative lets these two do their thing, I fully expect this match to be among the best

Fans totally aren’t into Nikki and Bayley. It feels like fans want to root for Nikki and boo Bayley, and that Alexa is almost an afterthought at this point. A heel turn for Bayley might not be the worst idea here. 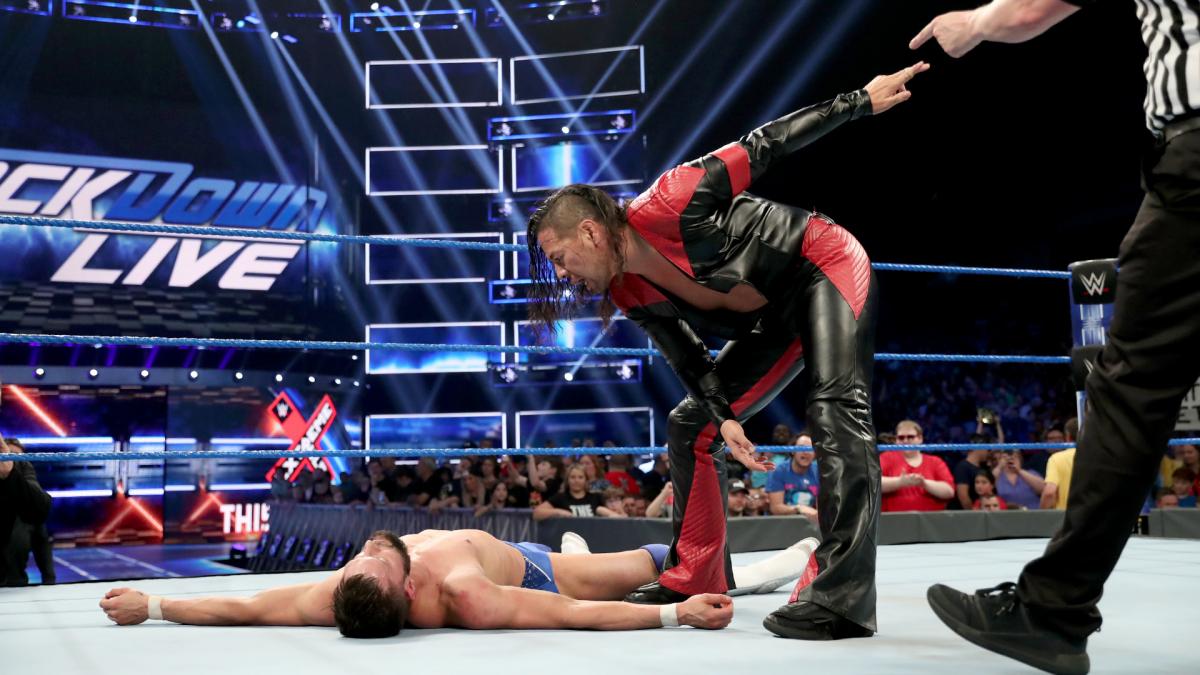 Loved seeing Nakamura back. Hopefully they ditch some of the bad ideas and get back to what he was in NXT-whether as a heel or a face, that Nakamura is best for business. I cannot help but think guys like him and Samoa Joe would be better off with Heyman, but we shall see.

All in all, a very good go home show. I couldn’t tell you why, but compared to RAW last night, this was a much better effort. More concise, more on point and just more entertaining.