It's RAW's go-home show, and the first for new executive director Paul Heyman. Will a new lease on wrestling life allow us to see superb matches Sunday?

We are now in week 2 of the Paul Heyman Executive Director experiment. That means that tonight, as RAW heads into Extreme Rules, this is Heyman’s first go-home show in the new position. Last week’s show got relatively positive reviews, so what might Heyman do for an encore? Fans around the globe are eager to find out. We know already that tonight will give us a returning Rey Mysterio. We expect more hype for the winners-take-all mixed tag match this Sunday. Will we get more of The Undertaker prior to Sunday’s clash in Philly? All this and so much more should be coming at us, so let’s crack open this Nutshell and get right into it!

Honestly, I can’t bring myself to put one here. There was definitely a promising one or two, don’t get me wrong. The issue though is, with these artificial handcuffs of stipulations on matches-elimination tag matches, 2 out of 3 falls-it kills most good matches. Or, matches have to be good in spite of the limitations.

The sooner someone convinces Vince to ditch them, the better. 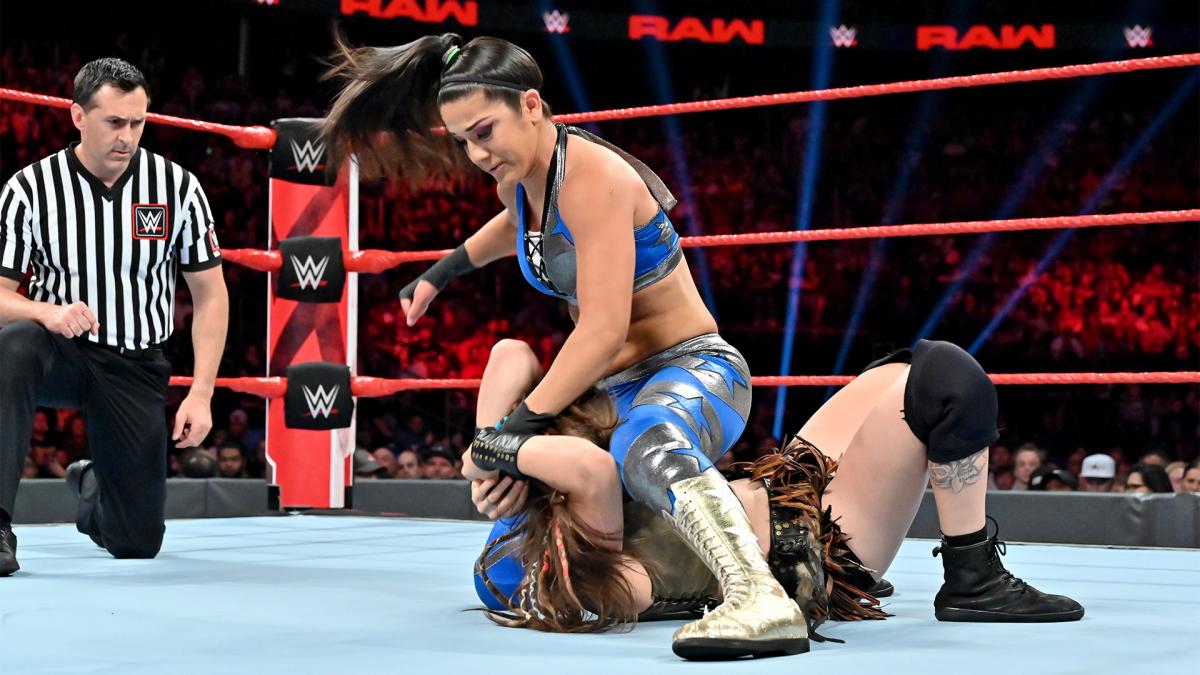 There are a few choices, but for me the worst of the night was Bayley versus Sarah Logan. Just fell completely flat. 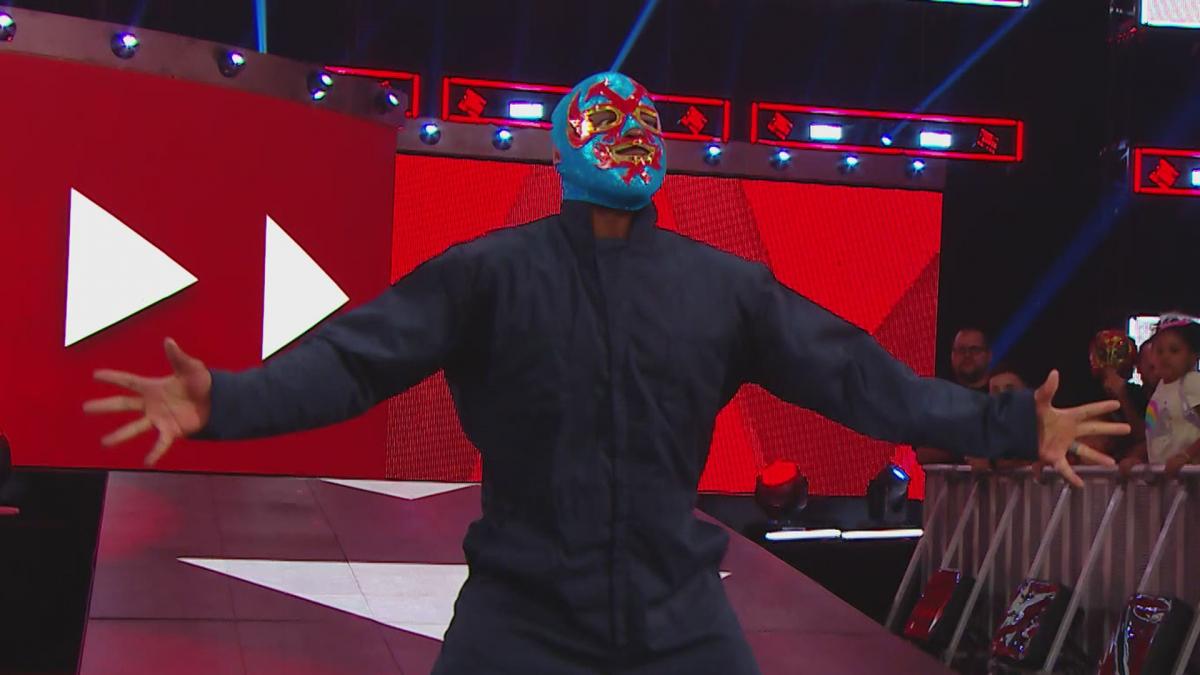 Gary the janitor! It has to be him, right? Well, surely. Cedric Alexander had himself a nice main event showing, even if it was in a mask and janitorial over-alls. 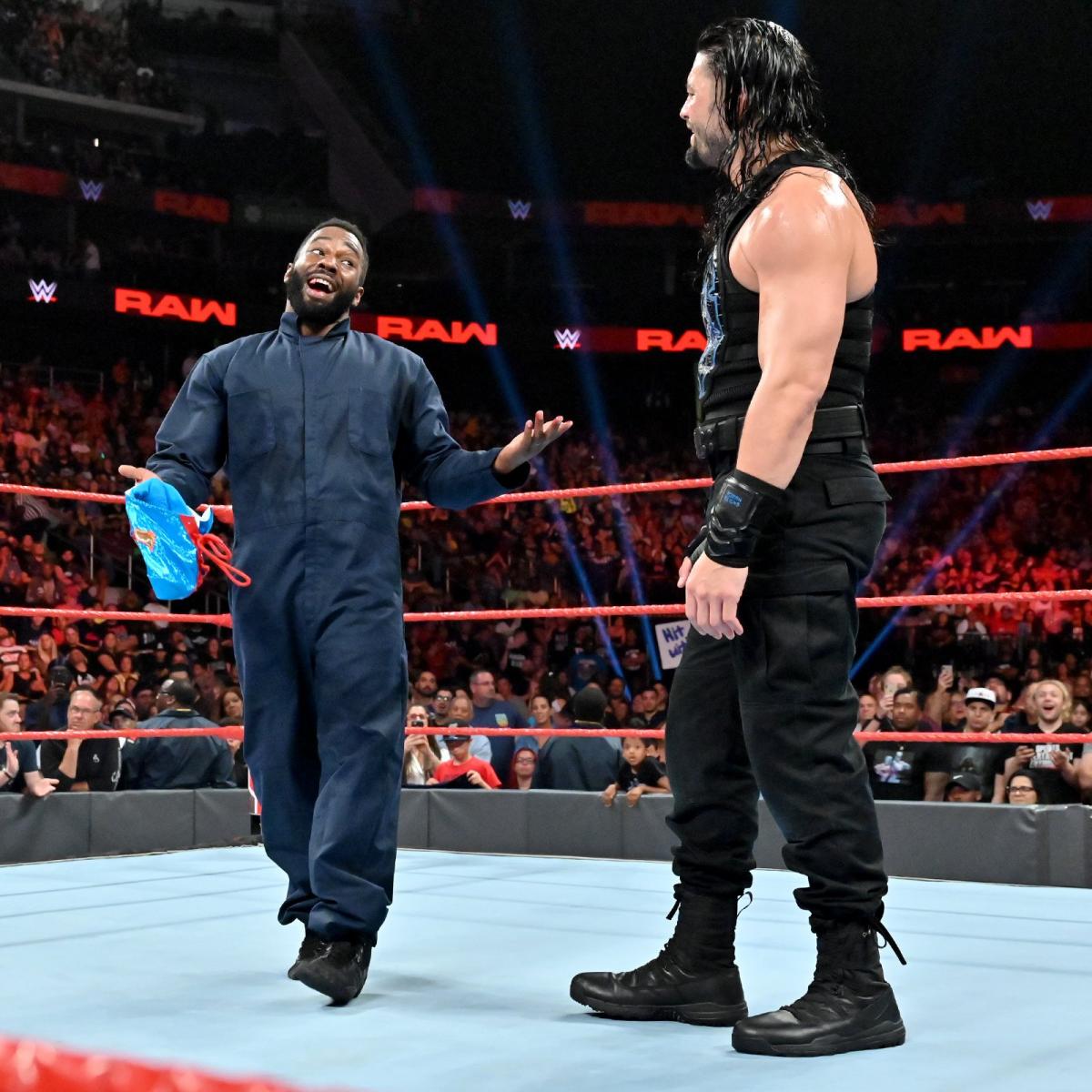 I enjoy watching Alexander work…but compared with last week, we just did not have a signature RAW spot this week.

War Raiders were given a proper set of jobbers to destroy. 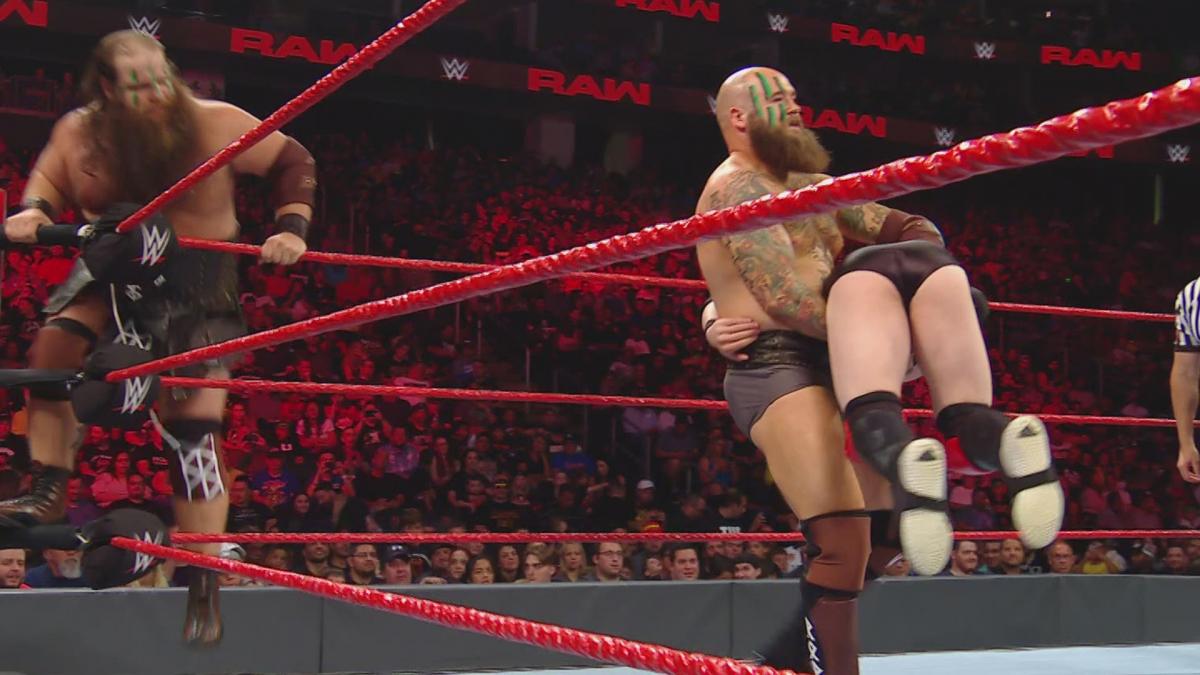 Rey Mysterio returns, only to be destroyed by Bobby Lashley.

Not much really. They tried to make the Ricochet wins over Gallows and Anderson feel like they were upsets, but the reality is…Ricochet is the US Champ, so how much of an upset could it be, really?

The expected attack on the RAW Champions by challengers Baron Corbin and Lacy Evans was sold as one of these moments…and it was not bad. But nothing close to last week’s winner. 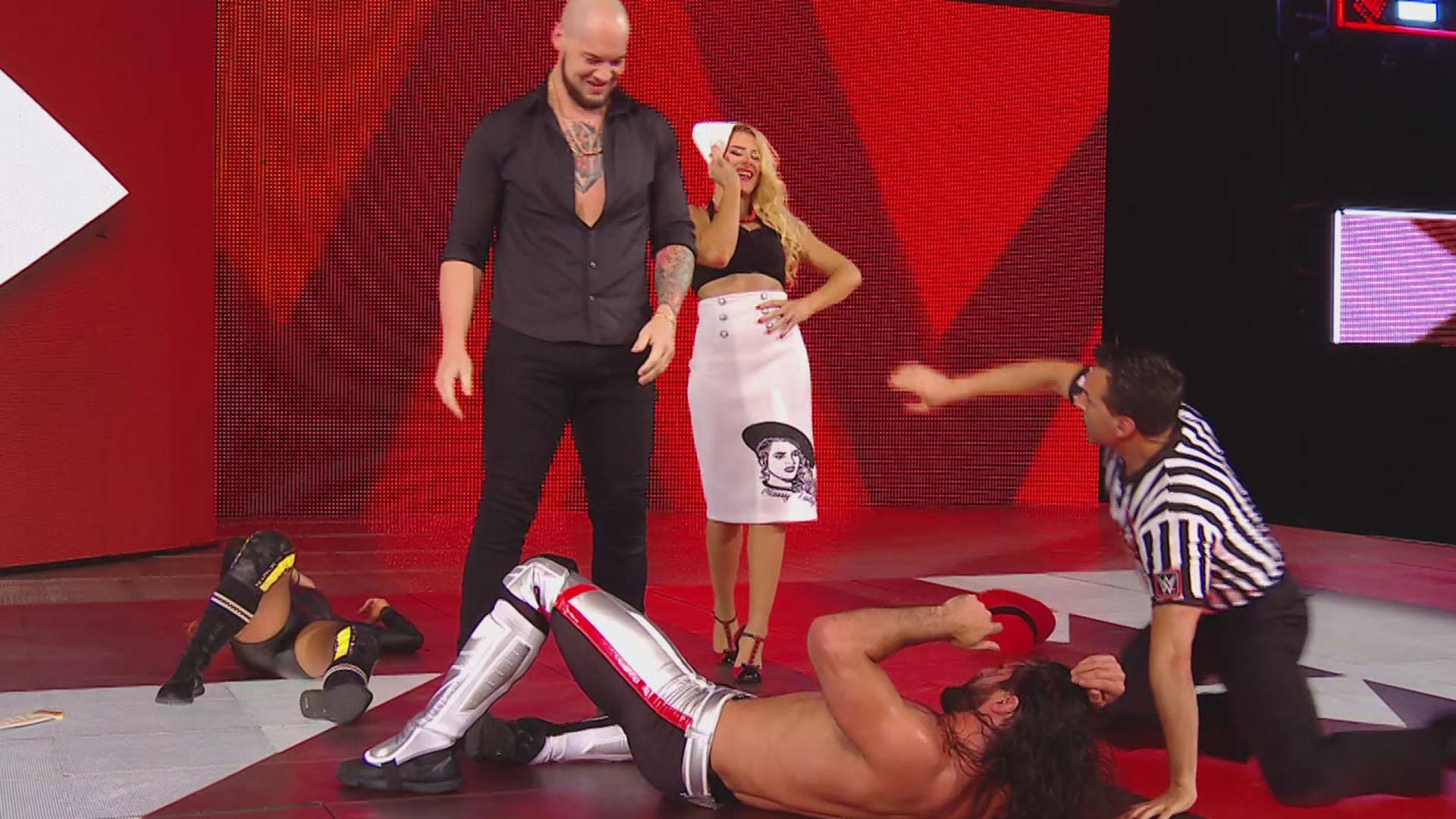 Another I went for would be the unveil of Cedric Alexander…because holy [email protected] that stipulation was sort of pointless. I think the only things it accomplished? We got Alexander some experience…but it wasn’t until post-match we knew it was him. The other? Roman did not take the pin for the loss.

Nikki Cross had some slips on the mic tonight

So too did Bobby Lashley.

Also looked like Cedric Alexander might have had an issue or two during the main event. The moves still flowed, but there were definitely a few he’d like back once he watches the tape. 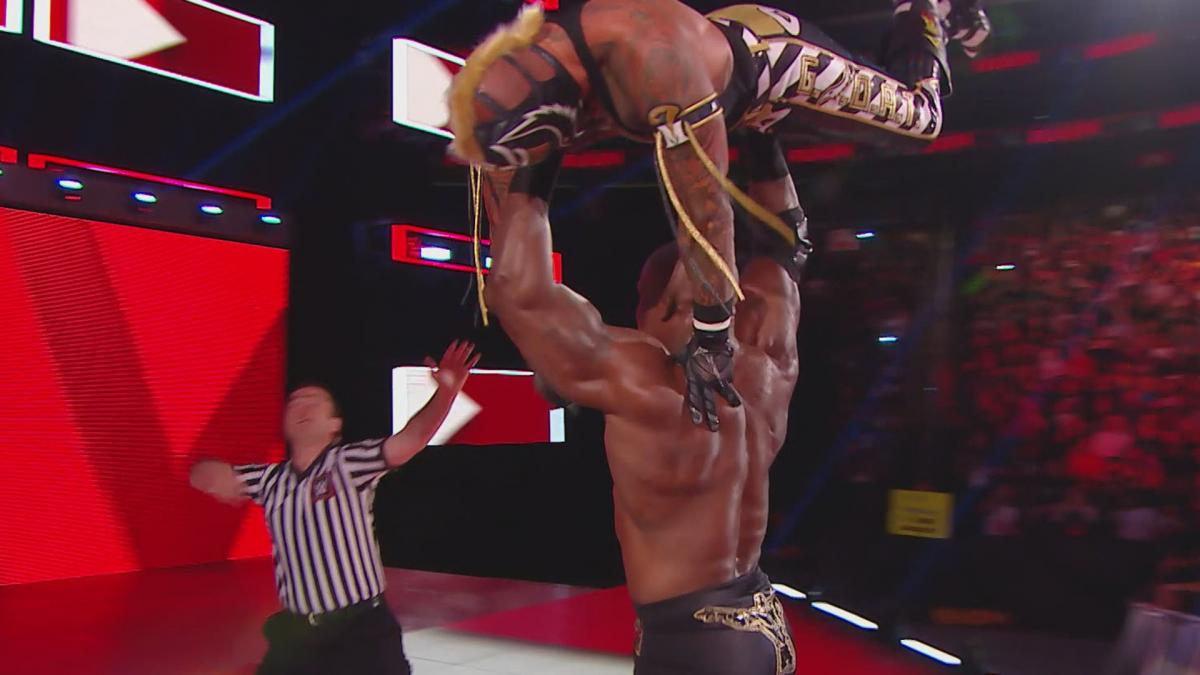 Rey Mysterio is back, and seems he might be destined to be off again…or about to be entering a feud with Bobby Lashley? Might Mysterio intervene on Sunday, helping Strowman in the process? 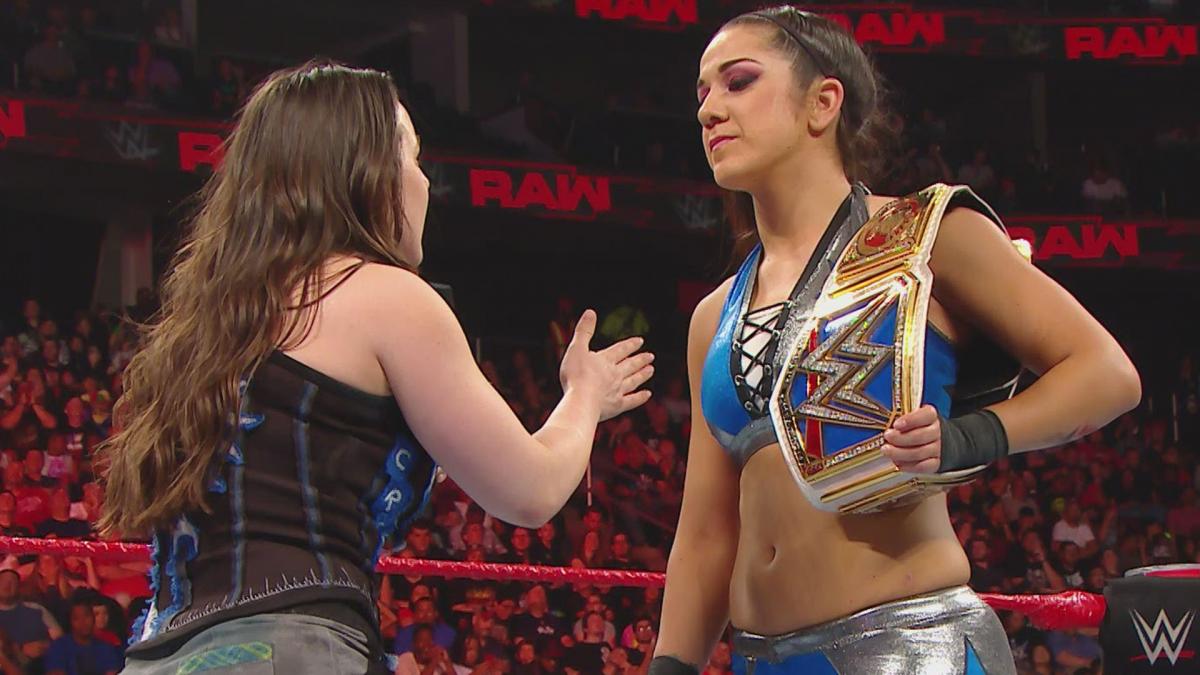 Nikki Cross and Bayley had an interesting exchange after Cross won her Beat the Clock challenge. Heavy handed allusion toward a possible Sasha Banks return. Downside of the whole thing? Bayley came over as more heel than face, in my opinion.

Also sticking with Nikki Cross, interesting stipulation choice, even if I disagree as to whether 2 on 1 matches count as a stipulation. With Cross added, there are a few ways this goes-Nikki could  be in there to take the pin. She could also be there to lay down for Alexa Bliss. And so many other different ideas…will be interesting to see what-if anything-Heyman does with that.

Heyman announced Brock would cash in this Sunday. We shall see, as we’ve been

The beat the clock challenge didn’t do much. Was kind of a bust.

All the hype for the “partner of Shane’s choosing”, and once they suggested a mask to Gary, you knew how they’d get someone legit in there…only to have Alexander take the pin relatively quickly.

All the various match rules to “help” break up matches to allow for commercial breaks? They aren’t enjoyable. We are getting unbelievable quick falls just for the sake of them now.

Good to see RAW open on a strong note Rollins and Lynch. I liked what Cedric Alexander showed off too, but hated that it was under a mask for the majority of the match.

Last week, RAW felt like a great show. This week, at least in my opinion, things felt more like back to a normal RAW, pre-Heyman. Just felt disjointed.

SmackDown In A Nutshell: Time For Brock Friday!