Aleksander Rakic continues to turn heads in the MMA world, as the surging light-heavyweight brutally knocked out Jimi Manuwa today at UFC Stockholm. 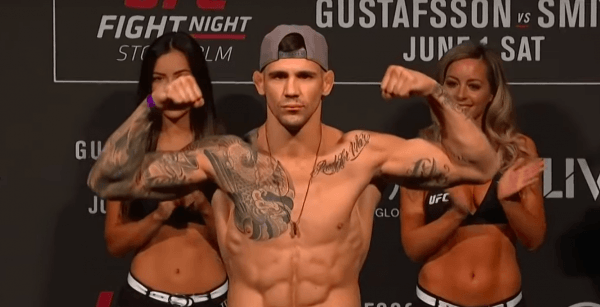 The light-heavyweights traded leg kicks to begin the fight. Manuwa winged a big left hook that missed, and moments later, Rakic crushed the British fighter with a left head kick that KO’d him instantly. With the vicious KO win, the rising Austrian moved his record to 12-1.

After remaining down for some time, thankfully Manuwa was up-and-standing as Rakic did his post-fight interview.

Here are the results so far for UFC Stockholm.