ONE Championship
/
by K Mowatt

Jonathan Haggerty has been one of ONE Championship’s most compelling stories in 2019, as the 22-year-old is coming off a victory that likely shook the Muay Thai world. 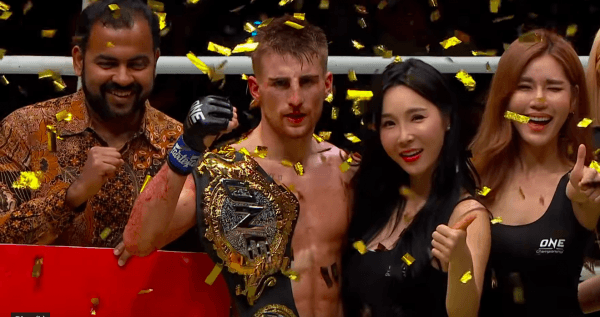 Earlier this month the rising British star faced Sam-A Gaiyanghadao, and Haggerty proceeded to take ONE’s flyweight Muay Thai title from the legend. To put this into context, Haggerty defeated a man who has over 360 wins on his record…

Recently ONE shared out Haggerty’s victories with the promotion to date.