Chi-Lewis Parry has issues with Jon Jones, and he made that clear once again at a recent fitness event.

Chi-Lewis Parry has verbally trashed Jon Jones in the past, but this time, the heavyweight did so to “Bones'” face… 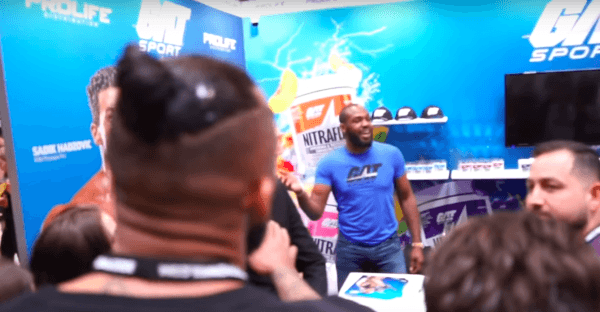 Jones was on hand at a BodyPower health and fitness event in Birmingham, England recently, working as an ambassador for a nutrition company. Well, as you can see by watching the vid below, Parry showed up and let the verbal shots fly.

Parry’s issues with Jones apparently stem back to 2016 when he was a member of Daniel Cormier’s camp. If you’re not familiar with Parry, the 6’7 tall, 35-year-old British fighter has gone 7-0-1 in MMA, and he holds a 4-1 record with the kickboxing promotion, GLORY.

Jones, meanwhile, is preparing to defend the 205 title against Thiago Santos at UFC 239, July 6th.