It looks like Anderson Silva could be back in the cage sooner than originally expected, following his loss to Jared Cannonier.

Anderson Silva went down in a heap at UFC 237, and was clearly in extreme pain, but it looks like the legend avoided incurring a serious injury after all. 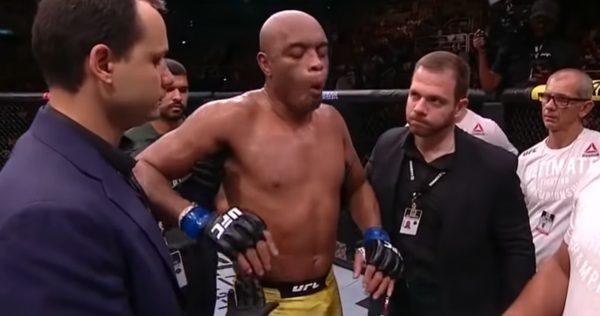 Late into round one of Silva’s bout with Jared Cannonier on Saturday, the former 185 champ went down after taking a kick to his right leg. The fight was called off right away, and after the fight, Silva alluded to having some sort of issue with his knee during training camp.

As a result, there was speculation/concern that the 44-year-old Silva could be sidelined for sometime. But, MMA Fighting is reporting sources have informed the outlet that an MRI to Silva’s knee did not show any damage to his ligaments. His team reportedly already knew that his leg does not have any fractures either.

This news comes not long after Silva shared out a statement, which appeared to target observers who are calling on the Brazilian star to retire. So, chances are, barring an unforeseen change, that Silva will return to the cage before the year is out. Despite the fact the storied fighter has just one win on his record since 2012.