LFA 66 featured a rare sighting on Friday: a win via gogoplata.

LFA 66 went down last night in West Valley, Utah, and it featured Andrew Tenneson scoring a win via a gogoplata…Yes, that’s right. 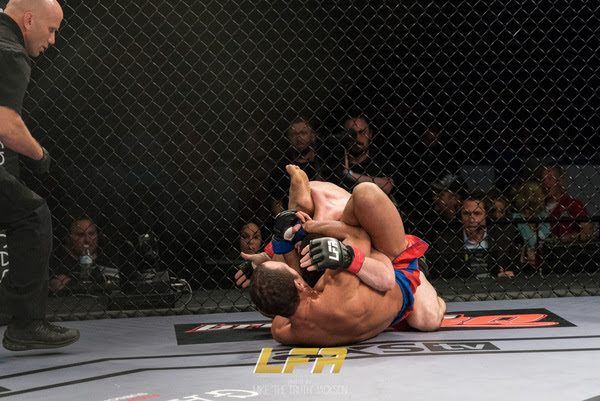 Tenneson took on Westin Wilson at the event, and as you can see by watching the clip below, he put a gogolata to work and recorded the first round win.

Official Results: Tenneson def. Wilson via Tapout Gogoplata at 1:29 into Round 1. pic.twitter.com/9ijYlJI5Mr

With the win, Tenneson moved his overall record to 8-1. The victory was his fifth straight.