Cosmo Alexandre’s Not Down With Haters Piling on Sage Northcutt

Cosmo Alexandre is upset that some observers have been trashing Sage Northcutt on social media, following his serious loss.

Cosmo Alexandre blazed across headlines last week, after knocking out Sage Northcutt in vicious fashion, but the feared striker isn’t happy some people are piling on the hospitalized star. 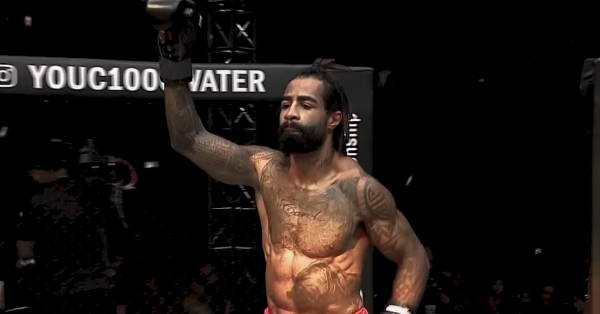 Alexandre faced Northcutt at ONE Championship’s “Enter the Dragon” card, and he proceeded to KO the 23-year-old in just 29 seconds. The punishing punch Alexandre landed, however, broke Northcutt’s face in multiple places, and the UFC vet had to undergo extensive surgery. As this is being written, Northcutt is still in a Singapore hospital.

Well, there’s no question that it was a big win for Alexandre. But, while discussing Northcutt’s injuries and the verbal shots some people have tossed at “Super”, the Brazilian said this (quotes via MMA Fighting):

”The next day I heard that he had a long surgery. I hate that, man,” Alexandre said. “I’m doing my job there, to go in there and win. I know we can get hurt, but nothing that serious. I was sad because that’s his job and I don’t wish that to anyone.”

”When I got back to the hotel there were a lot of messages online, people talking trash at him,” Alexandre said. “I honestly don’t know why. I can’t understand why people hate him so much. I don’t know if it’s because he’s good looking, like a model. I can’t understand, and I don’t like that. I asked people to stop tagging me on those messages.”

This is a classy response from Alexandre, and he’s right: the fact some people are piling on Northcutt right now is pretty unsettling. Northcutt has likely lost a year of his fighting career, and it’s still not clear how he’ll bounce back from this setback. Further, it seems like some folks are completely unaware of Alexandre’s extensive kickboxing career, which includes nearly 90 fights and wins over world class strikers like John Wayne Parr and Regian Eersel.

”I thought it would take longer, but I forget about the size of gloves. I’m used to fighting with 8oz, 10oz gloves, and it never crossed my mind that with small MMA gloves, if one good hand landed clean, he would probably go down.”

It will be interesting to see who ONE books to face Alexandre next and when. The 37-year-old has also said that he doesn’t intend to keep fighting for that much longer.

Watch ONE Championship’s Top Fights: #20 Through #11