Brendan Schaub is one of the latest observers whose blasted the decision to have Sage Northcutt fight Cosmo Alexandre.

Many fans and pundits have been questioning the decision to have Sage Northcutt take on Cosmo Alexandre, and Brendan Schaub has added his voice to this camp. 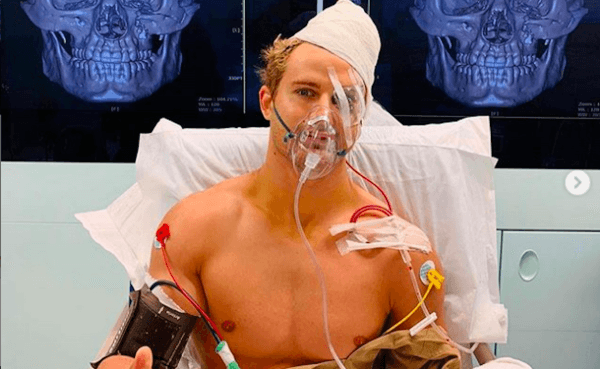 As you’ve surely heard and or saw, Northcutt faced Alexandre at ONE’s May 17th card and he was brutally knocked out in under 30 seconds. Not only that, but the booming right hand Alexandre landed fractured Northcutt’s face in multiple places, and the 23-year-old was hospitalized for days.

Well, lots of people in the combat sports world have blasted the decision to have Northcutt face a fighter who has nearly 90 pro-kickboxing bouts on his record. During a recent episode of Schaub’s podcast, the retired fighter had this to say about what transpired (quotes via Lowkick MMA):

“Remember I told you, I don’t like this fight for Sage Northcutt,” Schaub said. “For his debut at ONE Championship, why give him Cosmo Alexandre? Cosmo Alexandre, who I have trained with at the Blackzillians, you can ask Rashad Evans, ask anyone who’s out there — Cosmo is a motherf*cker. No one wants to spar with him, he lit everybody the f*ck up. Even wrestlers that could try and grapple him, he would f*ck those guys up.”

“You’re a young American prospect that left the UFC to pursue a long career in ONE Championship,” Schaub added. “His face is in 17 different places. Not only you get knocked out, it’s a life-changing knockout.

“…I hate to say this because ONE Championship has been good to us, good to Mighty Mouse, and it’s obviously on the fighter and it’s up to him to navigate his way through the rankings of fighting, but you f*cked him, ONE Championship. It was a complete mistake for Sage Northcutt to sign with ONE Championship.”

It would be interesting to hear from Northcutt’s coaches and camp, in terms of why they were confident “Super” could defeat Alexandre. Did they intend to have Northcutt attempt taking the fight down? The fighter had won three straight prior to facing Alexandre.

All this aside, hopefully Northcutt has a speedy and full recovery.