Brendan Schaub believes the UFC's decision to move PPVs to ESPN+ has screwed over fighters financially.

Since the UFC announced it has moved its pay-per-views to ESPN+, there’s been a steady debate whether this could hurt the bottom line of fighters. According to Brendan Schaub, however, the deal is so bad for the athletes, the age of MMA superstars in the UFC is over. 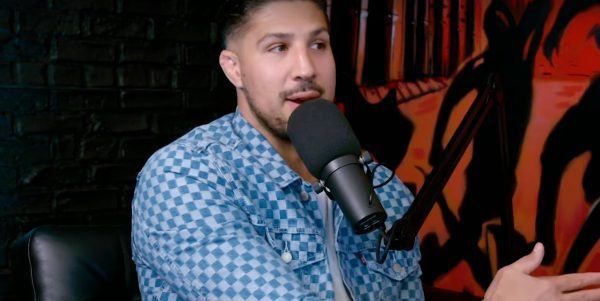 The UFC’s decision to move PPVs to ESPN+ was immediately met with mixed reviews, since now, fans in the United States have to subscribe to the streaming service. Not everyone is down with using streaming services, and so, speculation began as to whether this would reduce PPV sales.

Further, since the UFC reportedly receives a guaranteed sum for PPV card from ESPN, it’s not really clear how this revenue will be shared with fighters, if at all. Case in point, Donald Cerrone recently argued that the days of making an additional, boatload of cash from fighting Conor McGregor are over. The notion being that fighters are no longer going to collect big, PPV dividend checks like before.

Well, during a recent episode of “Below the Belt”, Schaub had this to say about the UFC’s PPV move to ESPN+ (quotes via BJ Penn.com):

“We heard Brock Lesnar turned down the deal,” Schaub said. “Conor… we haven’t heard anything from him. The UFC is content just being in cruise control because they have this reliable nut from ESPN. They’re set there, so they’re not willing to be bend over backwards to get a guy like Brock Lesnar anymore. They don’t need it. They don’t have to give Conor McGregor half the company to come back.

“Everyone wins, but the fighters are so f**ked because it’s such a limited viewership now,” he added. “So your sponsors are less — if you even had any. Your notoriety, your fame, your social media following, your YouTube channel to sell merch… The day and age of a superstar in the UFC is gone, gone. It’s so gone.”

“Notice the direction of the marketing now on ESPN. Who do you see now? Dana White… This is the face that you recognize. Because you won’t recognize the fighters, but you recognize Dana White. So his ego and his popularity goes up. That’s the face [of the company] now. That’s not good. All the promos are Dana. It’s all him. That’s insane, man.”

Now, could one argue that Schaub maybe exaggerating here? Or jumping the gun a bit? Maybe. As it stands right now, we don’t really know much about what’s going on behind the scenes, in terms of fighters negotiating new deals etc. But, there’s certainly indications this could be yet another situation, where fighters have been blocked out from revenue gains.

So, it’s going to be really interesting to see what happens over the coming months. Could this end up being the catalyst that produces a long, long overdue, fighter union?