Rich Franklin hasn't dismissed the possibility of rematching Vitor Belfort under the ONE banner.

Now that Vitor Belfort is part of ONE Championship, there’s been talk as to whether Rich Franklin could be interested in putting aside his executive roles for a bit, so he can rematch his fellow, MMA legend. Is “Ace” interested? Well, he hasn’t outright said no… 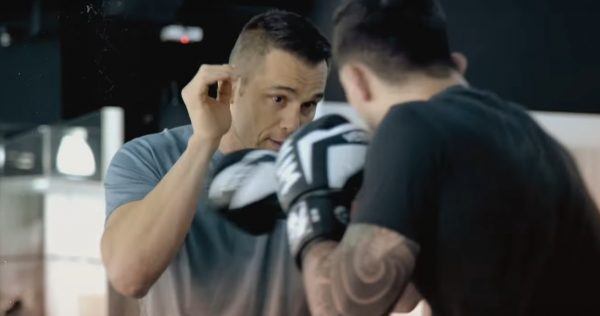 Recently ONE announced that Belfort has come out of retirement and signed with the organization. As it stands, it’s not known yet when the 42-year-old will make his promotional debut.

Although Franklin is now 44, and hasn’t fought since 2012, there’s been buzz about the possibility of him facing Belfort again. The two fought back in 2009, and “The Phenom” won the fight via first-round stoppage.

Well, during a recent interview with MMA Fighting, the soon to be UFC Hall of Famer had this to say about the speculation:

“The more I entertain this conversation, the more it’s going to start a whole bunch of chatter,” Franklin said with a laugh. “But everybody has talked about that with me being an executive with ONE and him being a fighter now in the organization.”

“If the stars align,” Franklin said, “anything is possible.”

Could this happen? You just never know.

Now that ONE has a broadcast deal with Turner Broadcasting, a fight between Belfort and Franklin would certainly be a good way to bring North American, mainstream fans to the Asia based promotion. Yes, even if some hardcore observers scoff at the match-up.