T.J. Dillashaw Comments on EPO Suspension, Promises to “be Better”

T.J. Dillashaw has finally commented publicly on the two year suspension he's been given for using a banned substance.

T.J. Dillashaw has been under fire, following the news he tested positive for EPO, and now the former UFC champ has publicly commented on the scandal. 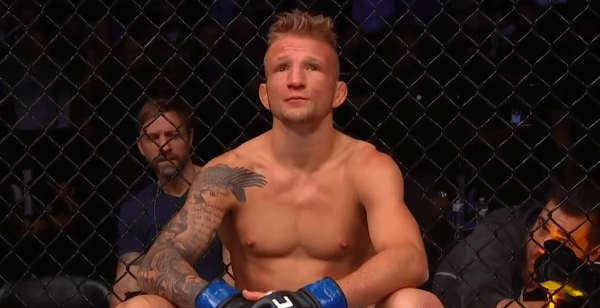 We hadn’t heard from Dillashaw since it was announced he’s been suspended until January 18, 2021, as a result of the EPO flag. But, on Friday, the bantamweight posted the video statement below, in which Dillashaw admits to making a mistake.

The 33-year-old fighter also said he intends to return to the cage, and that he promises to “be better”.