At one point, WWE planned on having Luke Harper and Sami Zayn work a program against each other. Also, WWE might have spoiled the MITB entrants.

– As reported, Luke Harper requested his WWE release earlier in the month after posting a lengthy message on Twitter. WWE has not granted the release and he will likely have to sit out the remainder of his contract. The contract was to end in November, but WWE will add another six months since Harper was off TV after undergoing double ligament reconstruction surgery over the summer and fall months. So, that means he is under contract until around April 2020.

While Harper did work the Andre The Giant Battle Royal at WrestleMania 35, WWE had another program lined up. According to the Wrestling Observer Newsletter, Harper and a recently returning Sami Zayn were to work opposite each other. No reason was given for the storyline being dropped.

Harper’s decision to leave WWE had to do with the promotion not having much for him. He worked on and off as part of the Wyatt Family and then teamed for several months with Erick Rowan as part of the Bludgeon Brothers. At 39 years old, he could still make a great addition overseas, on the Indy scene or All Elite Wrestling.

– It seems like WWE might have spoiled the entrants for the men’s Money in the Bank Ladder Match, which will feature RAW and SmackDown superstars. The following graphic has been floating around the Connecticut area, which is home to the pay per view on May 18. 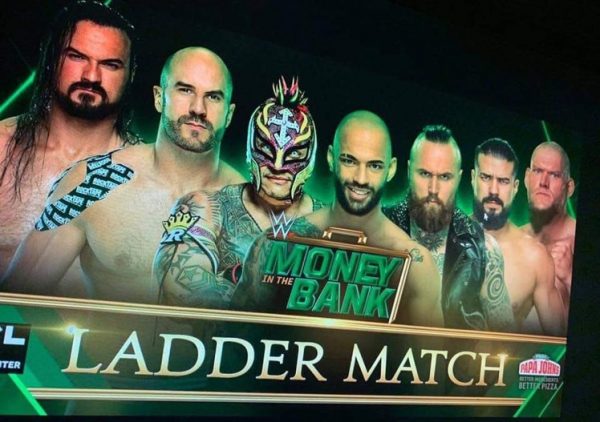 A Moment of Bliss segment has been confirmed for Monday’s RAW, which is when the entrants will be revealed. The current names being advertised are Drew McIntyre, Cesaro, Rey Mysterio, Ricochet, Aleister Black, Andrade and Lars Sullivan. Of course, WWE sends out their content early and they could go another direction with several superstars as storylines are always changing last minute.

While not confirmed, the female superstars are set to have their own Money in the Bank Ladder Match.

Watch Deontay Wilder & Tyson Fury Get Fired up, Shove Each Other at Presser