Since his arrest, it has been revealed this is not the attacker's first rodeo.

Even though the WWE has edited out the attack from the HOF ceremony available on the network, many fans witnessed the unfortunate attack as it was happening. A fan, now known as Zachary Madsen, attacked Bret in the middle of his speech. More details surrounding the attack and regarding the charges Madsen will face are now known.

The attack on Bret Hart & Natalya.
What a disgusting act. #WWEHOF pic.twitter.com/3IwjyhMGzX

As many fans were attending the event, more video footage of the attack has now been released. The footage clearly shows Madsen attacking Bret, with security and superstars attempting to get Madsen away from Bret and escorting him out of the building.

Shoutout to the security people who intervened quickly when this occurred. Of course, I also need to mention the many superstars who came to the aid of Bret and Natalya. From the footage, I noticed The New Day, Tyson Kidd, Drake Maverick, Curtis Axel, UFC’s Travis Browne, Heath Slater (LEGEND!), Braun Strowman, Zack Ryder, and Big Show. Sorry if I left anyone out, as it was difficult to check for all the superstars among the chaos. 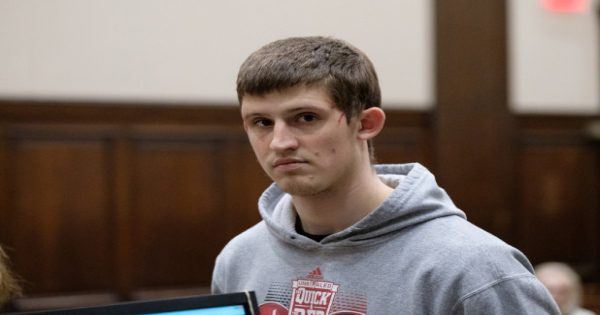 More details have been revealed surrounding the arrest of Zachary Madsen, a 26-year-old from Lincoln, Nebraska. Madsen was arraigned at the Brooklyn Criminal Court and a bond was set for $1,500. He was charged with assault and criminal trespassing. The judge also agreed on an order of protection for Bret Hart as well as the security guard Thaddeus Jones, who was also attacked during the Hall of Fame ceremony. Before his arraignment, Madsen made the statement to the police that he “felt it was the right moment” to attack Bret Hart.

Since his arrest, it has been revealed this is not Madsen’s first rodeo. In fact, he was arrested in September 2018 for allegedly stalking a mixed martial artist going by the name Haris Talundzic. Now, he faces more serious charges in the form of two counts of third-degree assault, criminal trespassing, and one additional misdemeanor charge.

Shortly after the events at the HOF ceremony, both Bret Hart and Natalya took to social media to share their thoughts about what happened.

“I’m so proud of my uncle @BretHart tonight during our HOF ceremony. Bret is a cancer survivor, a stroke survivor and one of the greatest wrestlers of all time. He didn’t deserve to be attacked or have his moment or my dad’s diminished. We got it back on track. Thank you, guys.” – Natalya

“What a wild weekend to say the least. If there’s one thing I want everyone to take away from the Hall of Fame ceremony is not so much what happened, but how I wasn’t going to let anything stop me from completing my tribute to my best friend and our team.” – Bret Hart