SmackDown In A Nutshell: Welcome Back Big Show

Hello again everyone! It’s time once again for our in depth coverage of SmackDown. For those counting at home, it’s the 999th episode. The big action tonight? We get a re-match for the women’s title between Becky and Charlotte, along with a pair of returns. Jeff Hardy returns for one World Cup qualifying match, and it’s a big welcome back, Big Show as he challenges Randy Orton for another World Cup spot. Let’s crack open this Nutshell and see how things unfolded.

Honorable mentions go to Big Show-Orton and AJ Styles versus Shelton Benjamin. Both matches were what I would call “sneaky good”, better than you might think. Short though they were, they were both good enough for TV. Benjamin deserves and is capable of more, I think. And it’s good to see Big Show back.

But, these matches have nothing on the women’s title match. In spite of it’s double count out ending, this was still the best match on the show all evening. 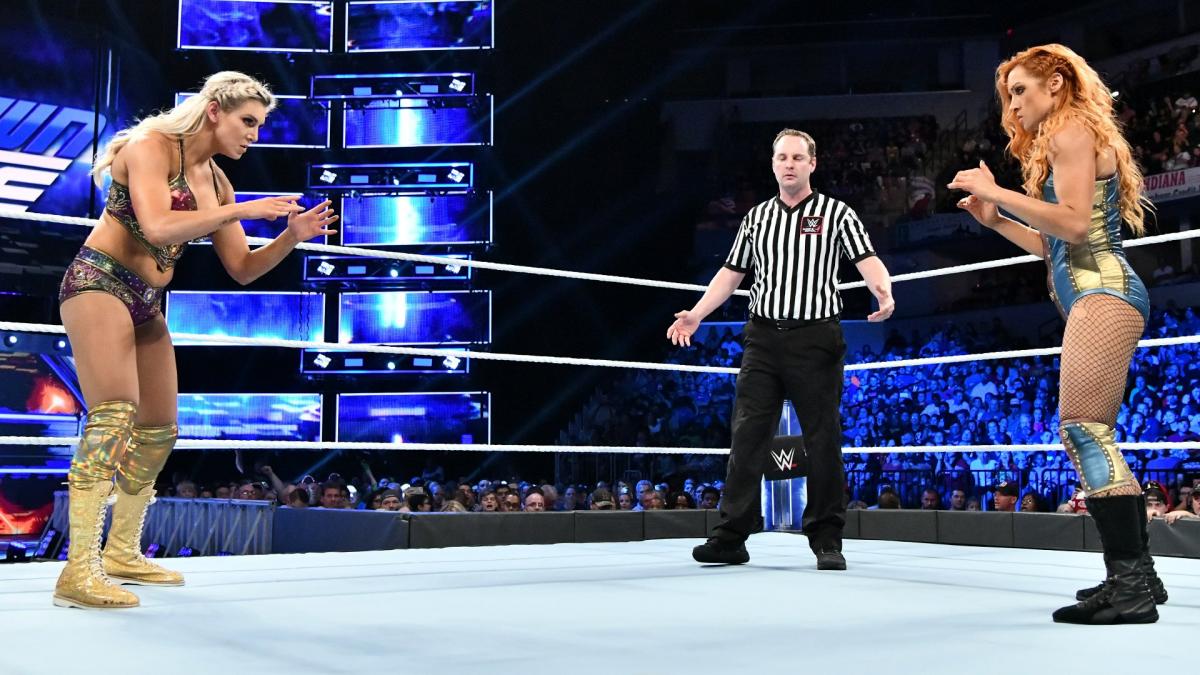 Believe it or not…none. We only had four matches, which is an issue I have, but that’s for a different discussion.

There are a few good choices, but I have decided to split this one two ways. 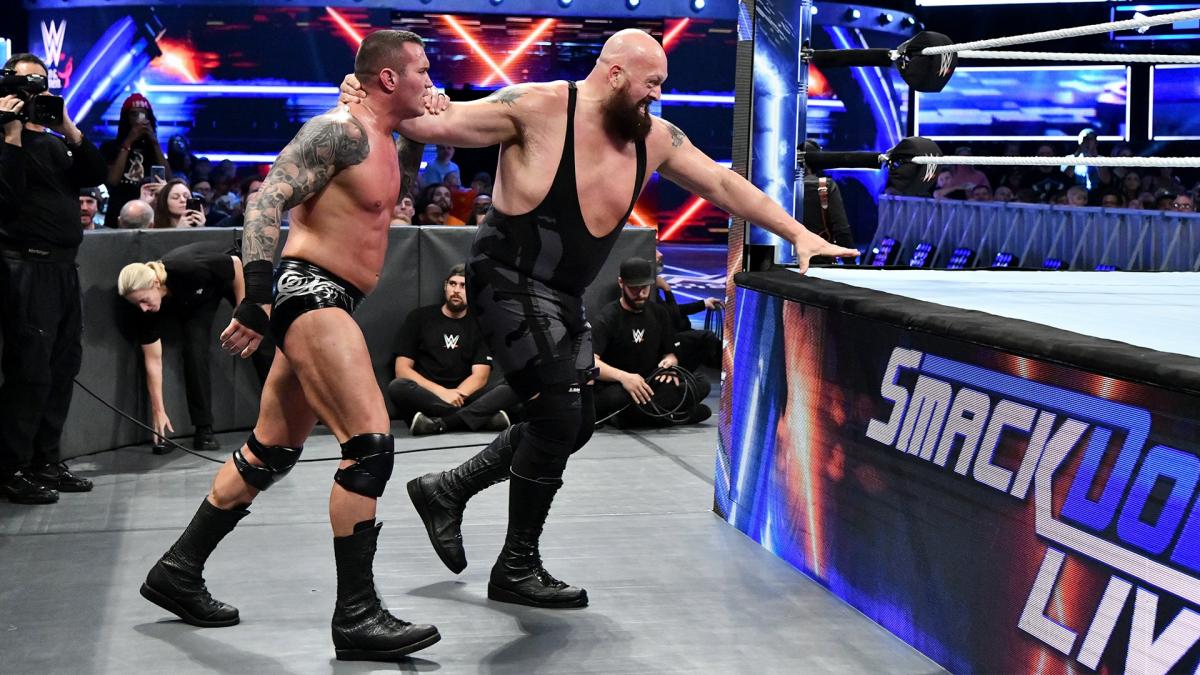 Yes, I am well aware that one won and one lost. It’s fine. I give these two the nod because both made returns tonight. Hardy obviously wasn’t really out that long, and won based on what we are being sold as Joe’s inability to continue due to injuries lingering from Super Show-Down. Show lost, but to come back after over a year and perform on a fake hip, it was just great to see the big man out there. As far as WWE Superstars go, he probably gets less credit than he deserves, so….here’s a bit. 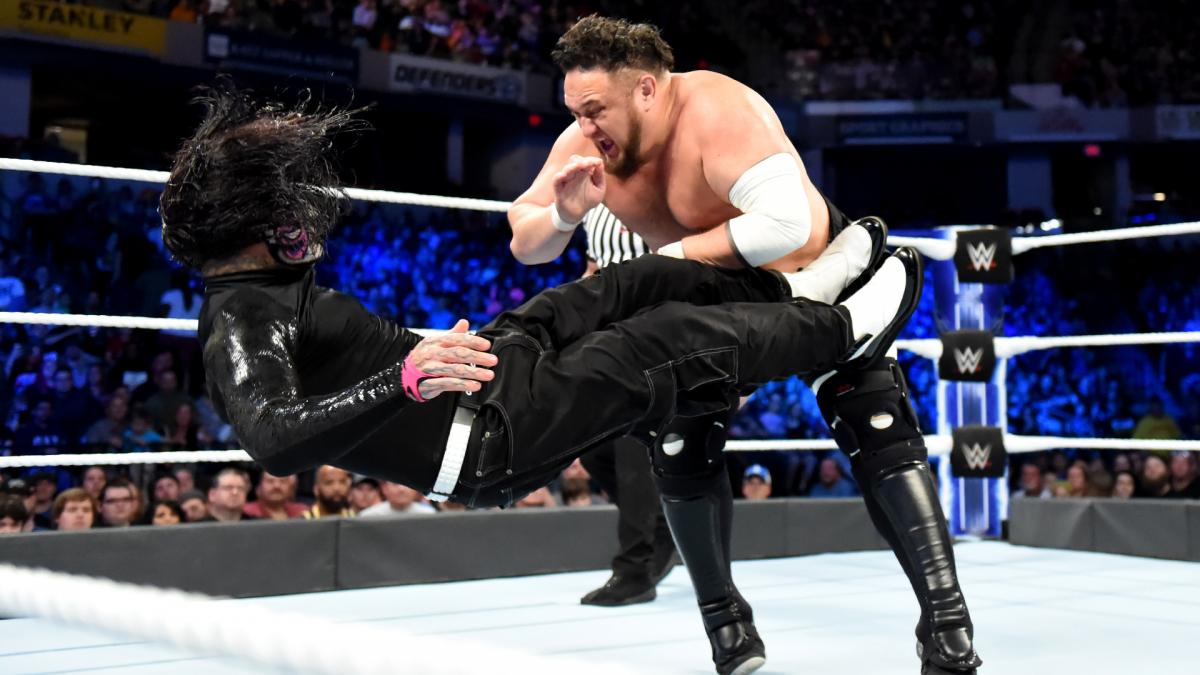 WWE is doing the best it can (I think?) to make Charlotte and Becky feuding seem like a huge deal. I think this is in part because they want Becky to be the heel, but fans aren’t going for it still. But, tonight the two women did provide some good spots, including Charlotte putting Becky through the LED wall on the stage. The intensity is certainly there, I’d think….though I would argue that this match, especially considering the women’s title was on the line, should have been the main event. 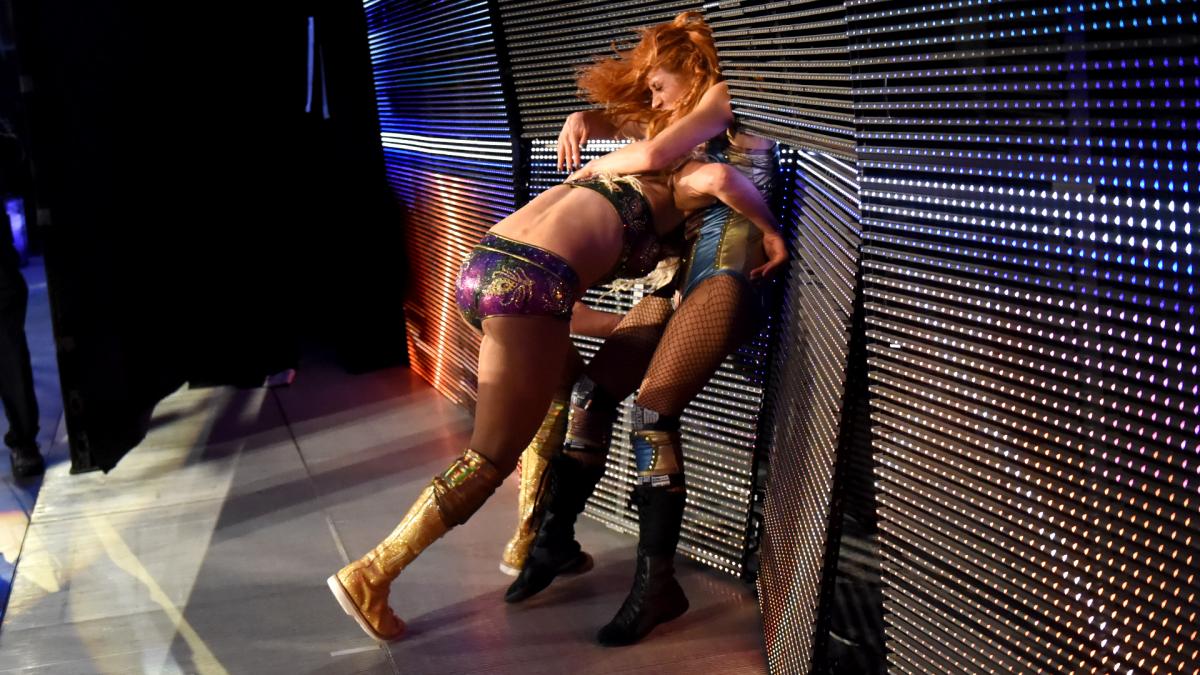 Really struggling here. I guess we could go with Aiden English? But, I am not feeling so strongly about that choice…but also feel there’s no other option.

Nothing against Jeff Hardy, but when in a match with Samoa Joe, I would have expected Joe to win handily. Especially when you figure this match decided who was in the Crown Jewel World Cup. Instead, it was Hardy, just returning after his sick Hell In A Cell spot. Granted, the match ended on a ref’s stoppage due to what was sold as Joe’s inability to continue…but still. If Joe was legit injured, don’t have him in there. Is Jeff good? Yes. Are there other more likely options to be in an eight man World Cup? There probably are.

I already gave it spot of the night, but I have to give it to Charlotte putting Becky through the video wall. It’s not a spot I can recall seeing women do much, if at all. 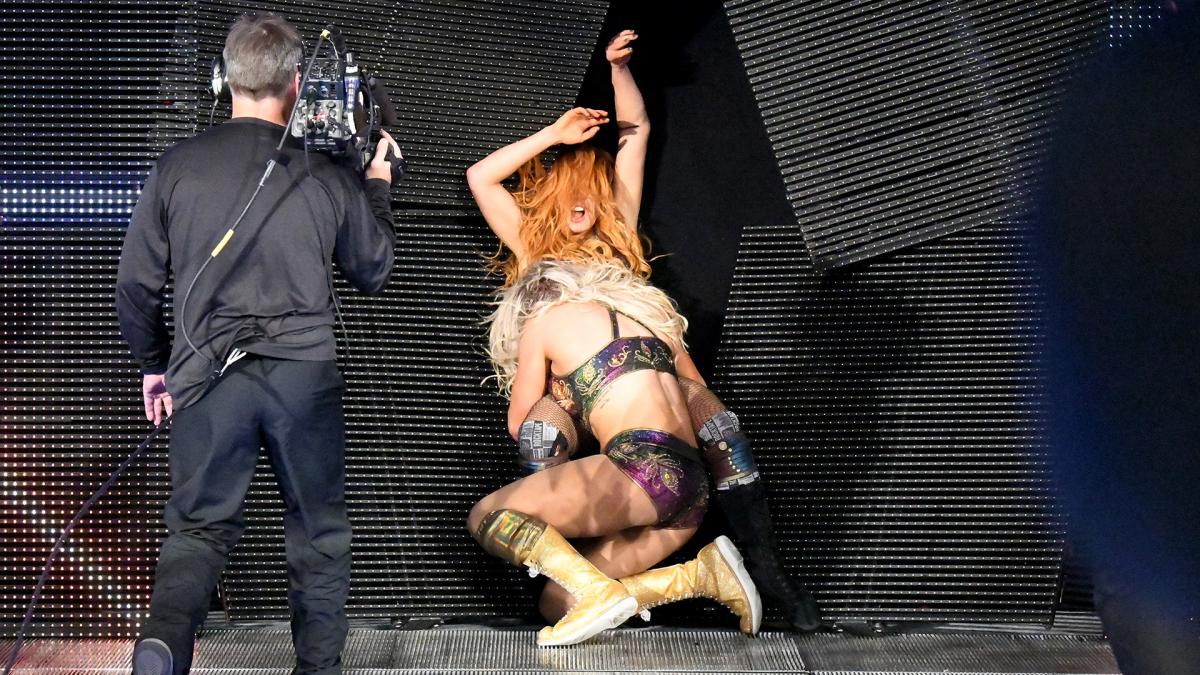 Did not catch one tonight.

Had a hard time finding something really worth laughing at. I suppose the closest we had was the banter that was mostly between Miz and Graves during the Styles match. But it’s not much to go on.

Becky and Charlotte will continue their feud all the way to Evolution, with their title match now a last woman standing match. Should be interesting to watch. 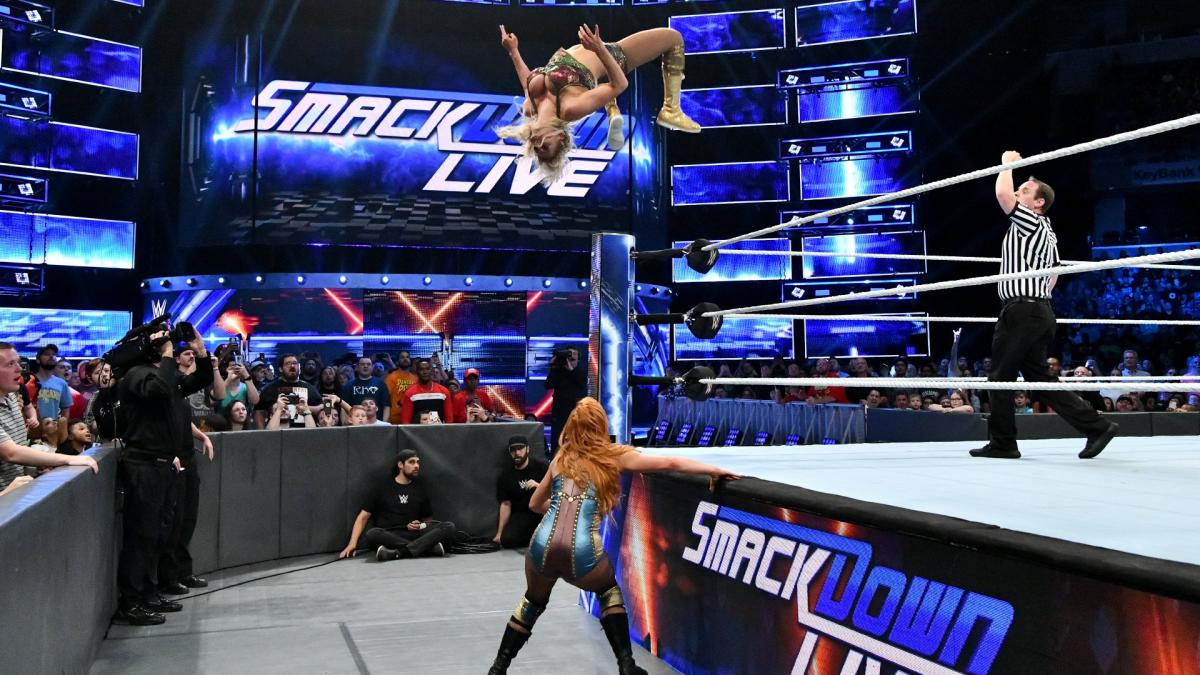 Honestly, the Aiden English/Rusev/Lana program. I groaned when we started hearing the notion that English had a tape with something incriminating on it, implying Lana cheated on Rusev. I get the sports entertainment aspect of things, but infidelity and such is just too far out of the realm for me anymore.

So imagine how I feel when the whole video and release and whatnot was explained away by Lana and Rusev as English having been hacked. It sucked. And oh, hacking isn’t really just guessing a joke of a weak password.

In other words, the program went from bad to worse. 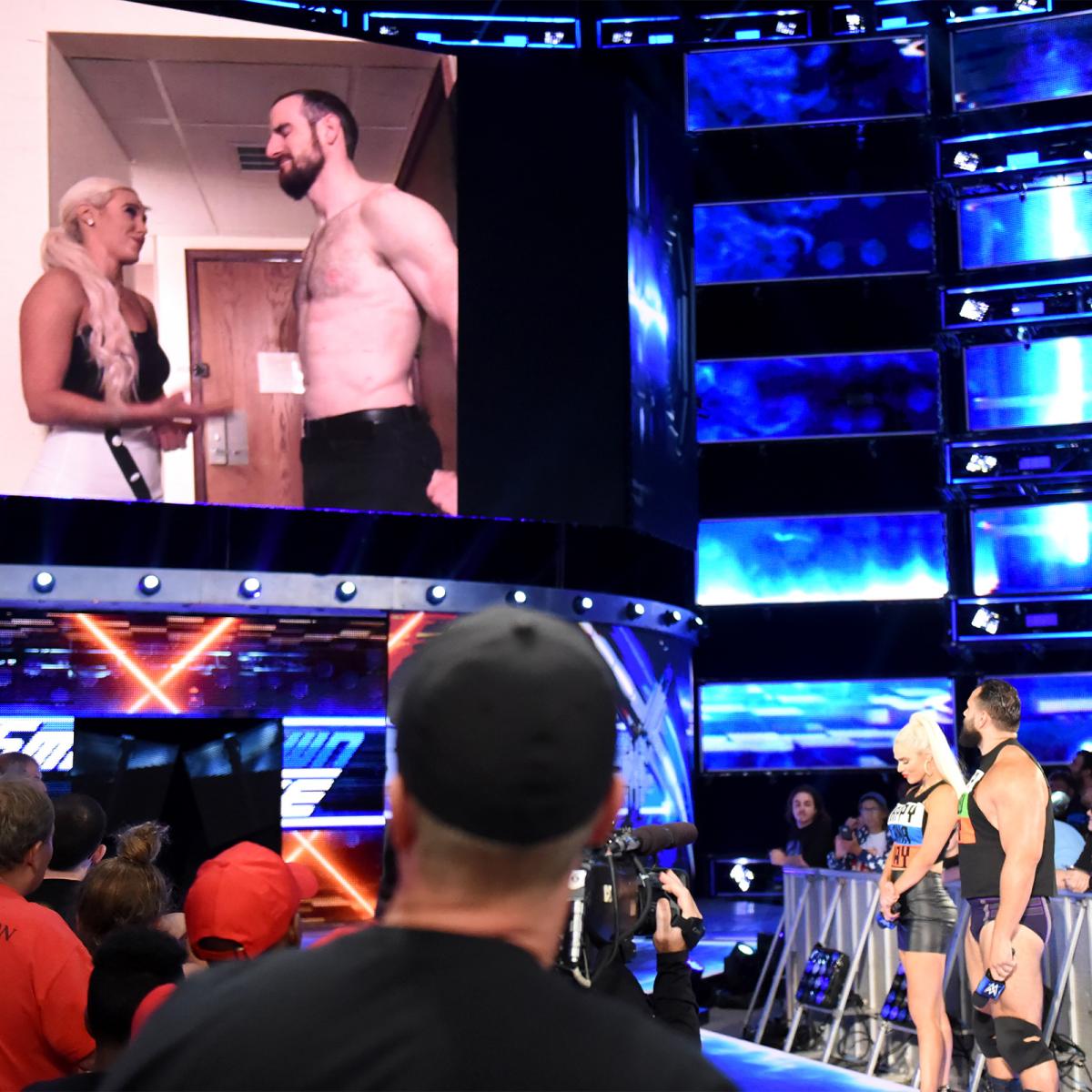 Also, and I kind of complained about this earlier in the post…but that women’s match deserved to go on last. In my humble opinion, if there are no other belts being defended on a given night, it’s paramount that WWE puts the championship match in the main event slot, regardless if it’s the men’s or women’s title. Unless there’s some major surprise segment intended to go last, I think this needs to happen.

Good to see Hardy and Big Show back.

Nice to heard WWE announcers hype the return of Rey Mysterio on SD 1000 next week.

Not a bad show. After the jet lag, something had to give, so we got four matches over two hours. None of the matches were exceptional, but none were terrible either.

The big news here, of course, is the mega-show planned for SmackDown’s 1000th episode. Plenty of big names announced to be there, so I hope we have some that aren’t as well. Oh, and I hope it’s better than the last big celebratory show (for RAW).

RAW In A Nutshell: What’s Next For Rhodes, Rollins And The Rest…

SmackDown In A Nutshell: Blue Brand Back After Backlash