It’s often easy to forget that while we’re bundling up before heading outside in the frigid winter months that despite our animals wearing their fur coats, they aren’t impervious to the weather. One dog owner issued a painful reminder to keep our dog‘s paws in mind when taking them out.

Sarah Garner took her border collie, Chase, out for an unavoidable walk during a cold snap and noticed Chase beginning to walk in a strange manner and ultimately refusing to go any further. Garner then noticed blood on the icy grass where Chase had walked and decided to look at his paws, which were raw and bloodied. 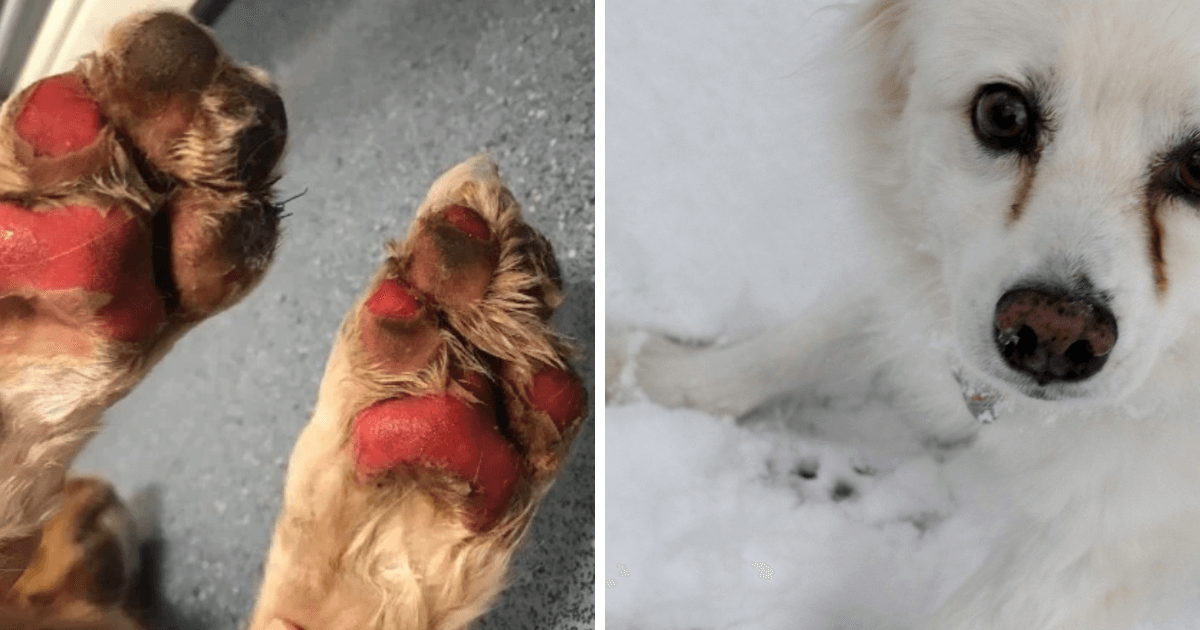 Her costly mistake is one she won’t forget

“I could see that the bottom of his paws had appeared to burn off, so my partner quickly picked him up and rushed him to the car,” Garner said about the incident. “We went straight to the vets where he had his feet cleaned, dressed and he was given some pain relief and then we decided he should have laser treatment to help the healing process.”

“The vets think he will be out of action for the next two weeks, and he has to wear waterproof bags on his feet while the dressings are helping,” she continued.

Feeling awful about what she unwittingly let happen to her poor doggo, Garner is sharing hers and Chase’s story in hopes that another dog owner will see what can happen if they don’t properly protect their pet from the cold.

“I’m sharing my story in hope that people will realise the damage the cold can do to a dog’s paws and either refrain from taking them out when it’s really cold, or get them snow shoes,” she said.

“Once [Chase is] allowed to go back out for walks, he’s going to be wearing snow boots to stop this from happening again. It’s really sad to see him how he is now and see the evident pain that he went through, but hopefully with the shoes this won’t happen again,” she lamented.

Finally, Garner offered some sage advice: “I’d advise anyone to not walk their dogs in such cold weather, but if you do need to walk them, invest in some paw boots to protect them.”

A great reminder as we head into the later months of winter that can often be the coldest.