RAW In A Nutshell: Big Dog Back And Happy Birthday Ric?

The big news for this week's RAW? Roman Reigns is back on RAW for a big announcement, and Ric Flair is having a birthday blowout!

I hope everyone is having a good Tuesday morning, or in general a good Tuesday whenever you opt to read this one. The previous night’s RAW was a big one, with the return to RAW television of Roman Reigns, plus a slew of legends popping up on RAW to wish Ric Flair a happy 70th birthday. All that and the latest as WWE prepares for Fastlane, and more importantly, WrestleMania. Things are heating up, so lets see how we get a Big Dog back, and Happy Birthday Ric, too. It’s time to crack open this Nutshell!

Honestly, no matches qualify. This is all about segments. 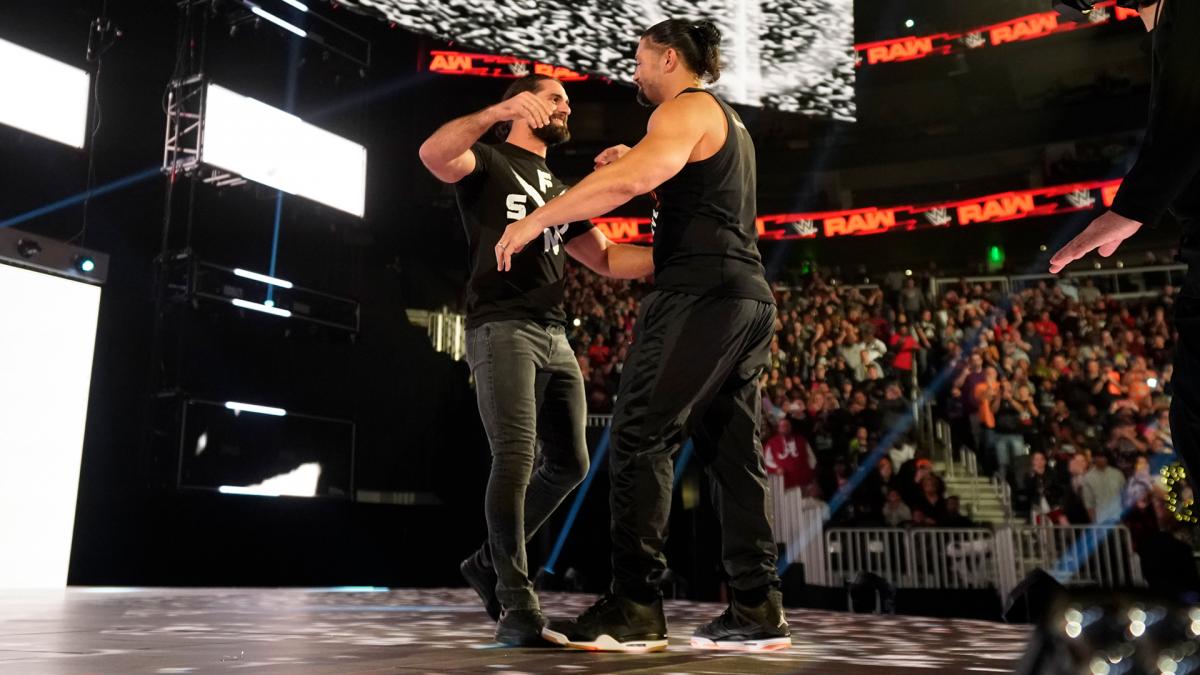 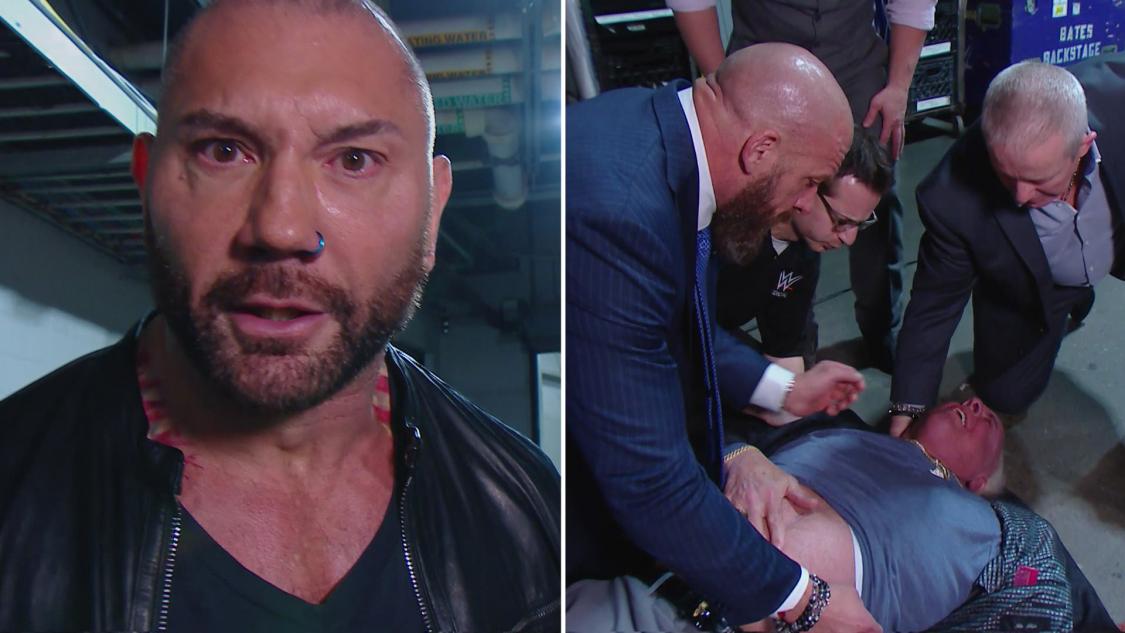 Nothing to see here

this is your yard 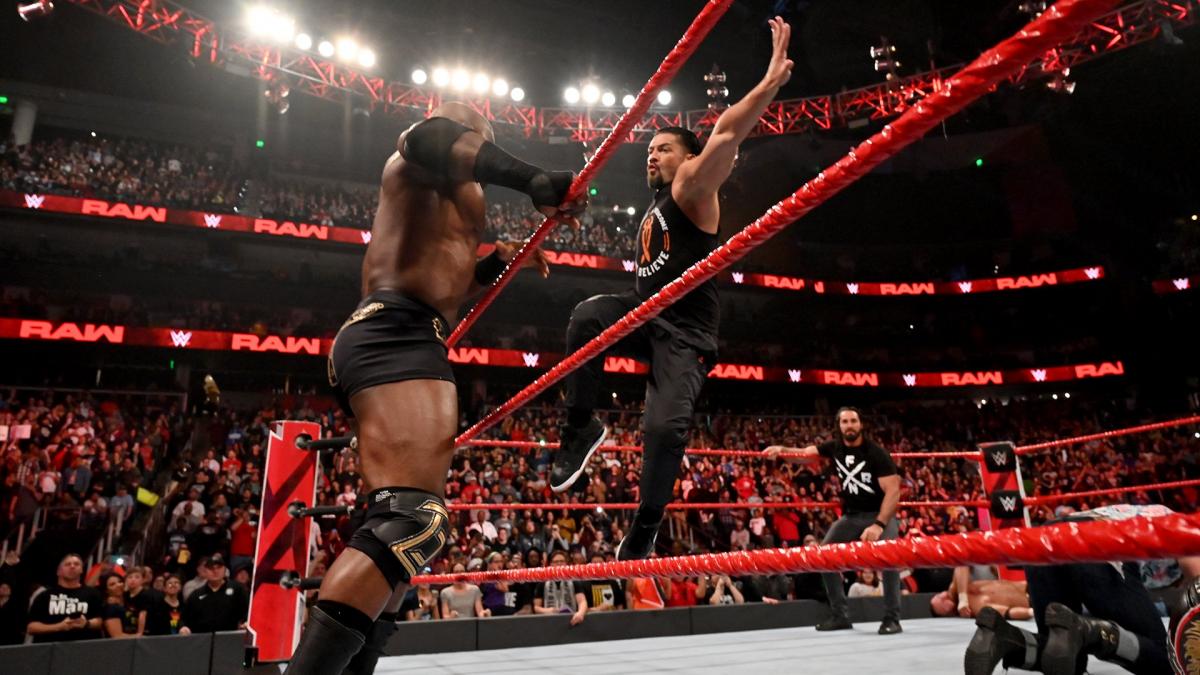 Feel good moment was, of course, Reigns actually getting involved, alongside Seth Rollins, to save Dean Ambrose. How that segment ended was a bit…well I guess it was a cliffhanger, but more on that later.

On one hand, nothing spectacular about some Superman punches and a spear. On the other hand, considering the man is just back from a battle against Leukemia, seeing them and hearing them called by Michael Cole? Goosbumps. Good to have Reigns back. 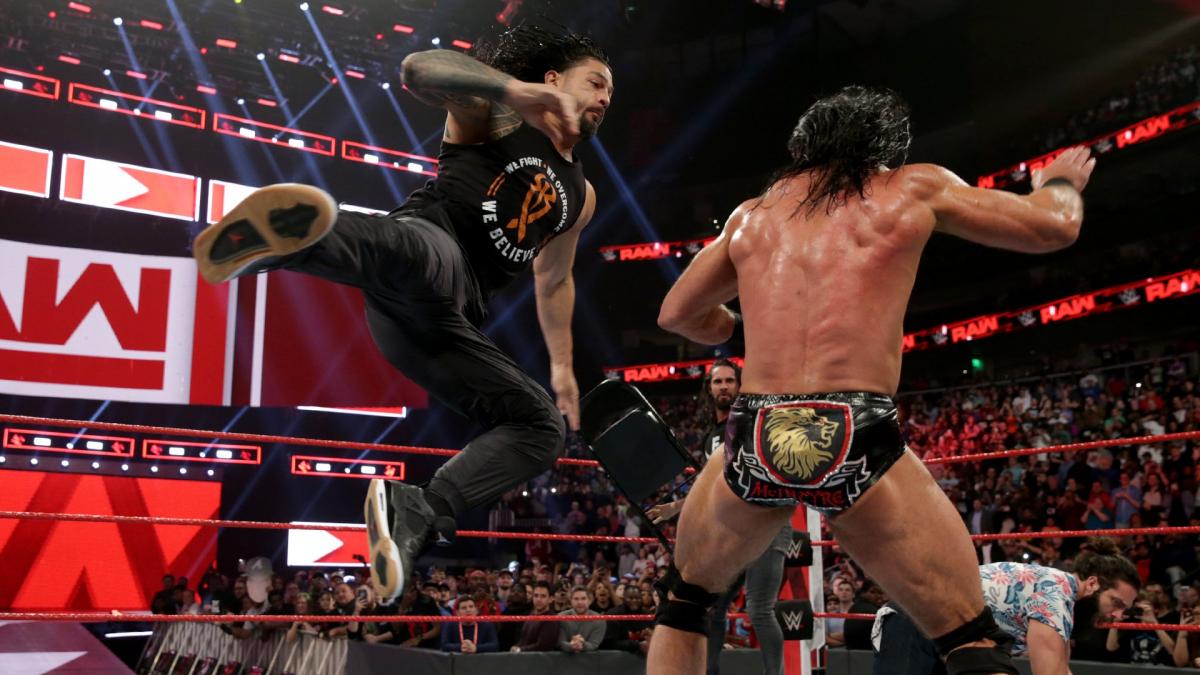 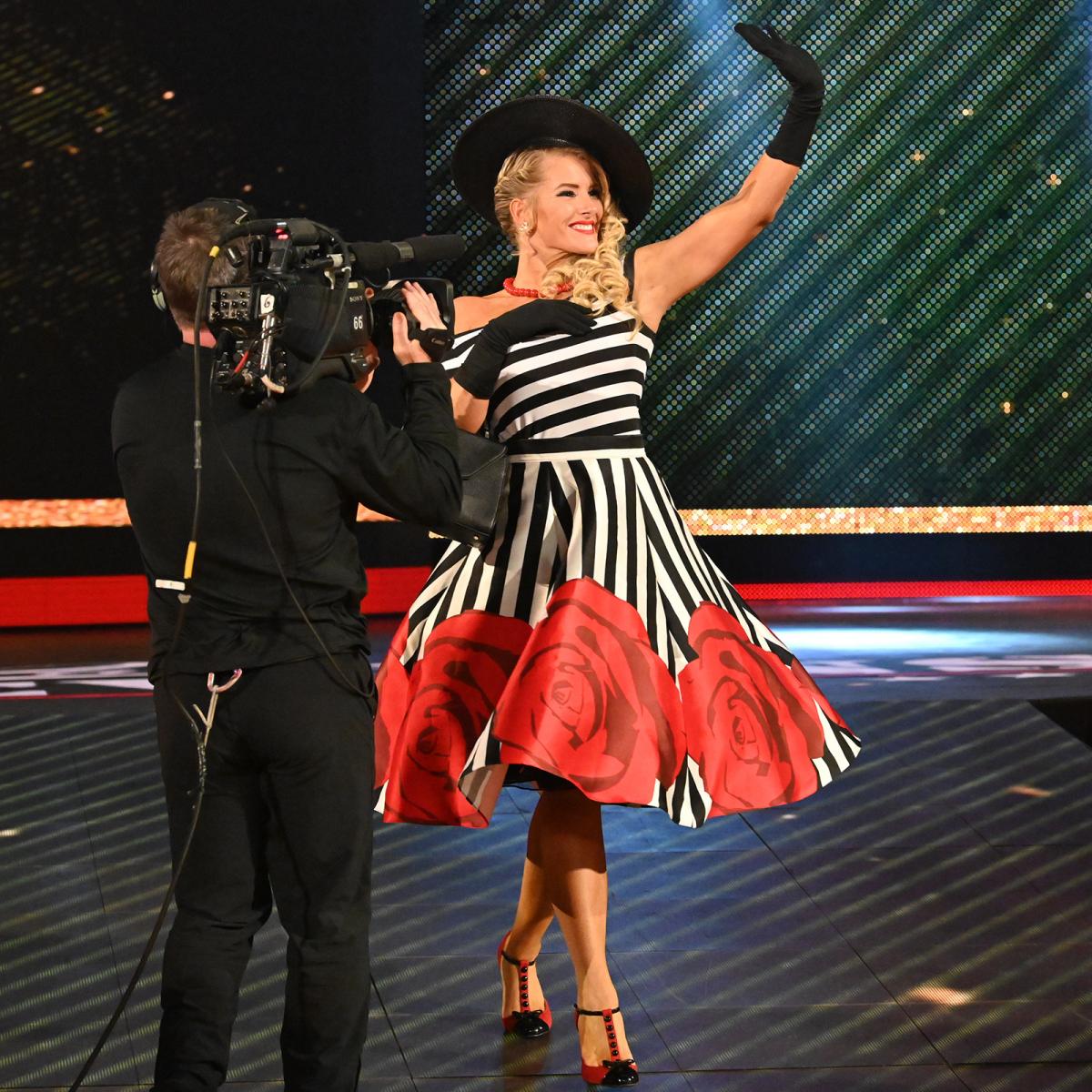 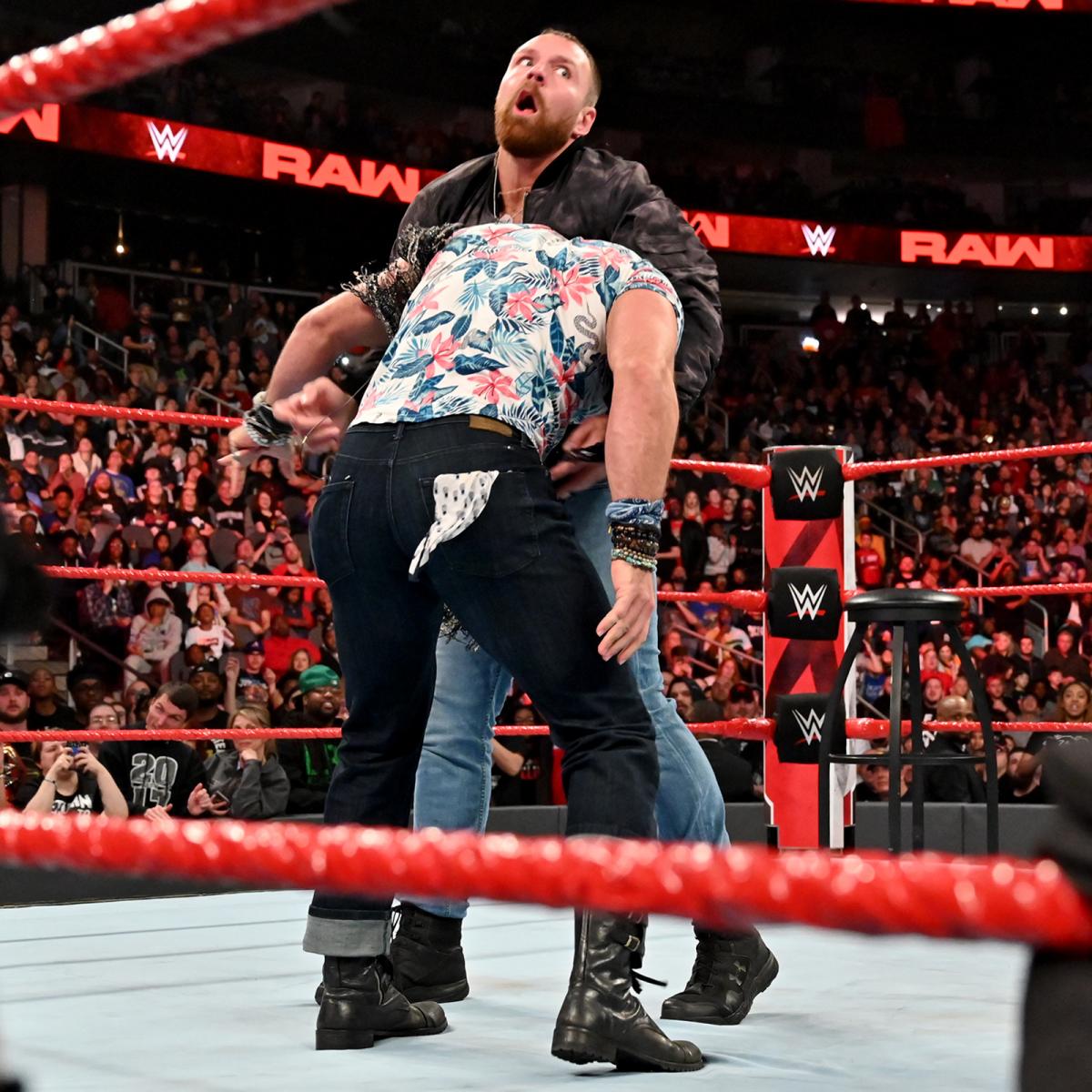 Is WWE mad at Elias? Trying to ruin him? He’s gone from heel to face to heel too much this year already, and now he’s just getting buried. Doesn’t make sense.

They sure sold Bayley over Nia as an upset. It was booked to seem that way.

Oh sure, I could go into how Ronda Rousey and Becky Lynch went at it, with Lynch “getting arrested” and Rousey laying down the belt in protest over not (yet) getting the triple threat match at WrestleMania. But, no, not tonight. 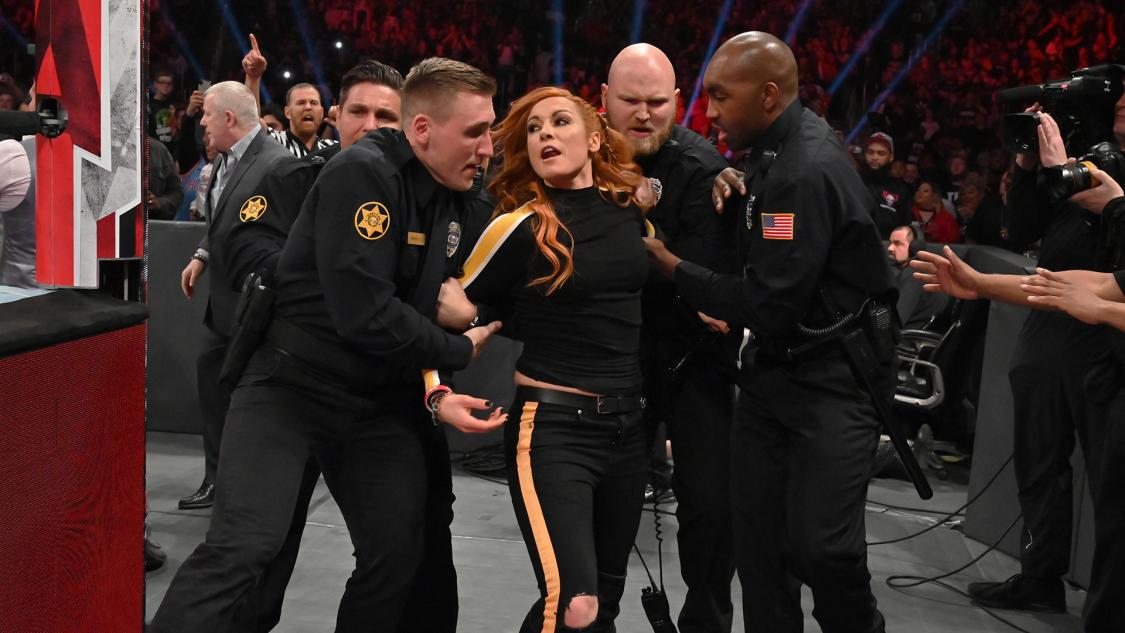 The show opened with Roman Reigns back in the ring on RAW. And, as many expected, we got great news from the Big Dog. Per Reigns, his Leukemia is again in remission. He declared himself to be back, and even teased possibly being involved with WrestleMania in some capacity. 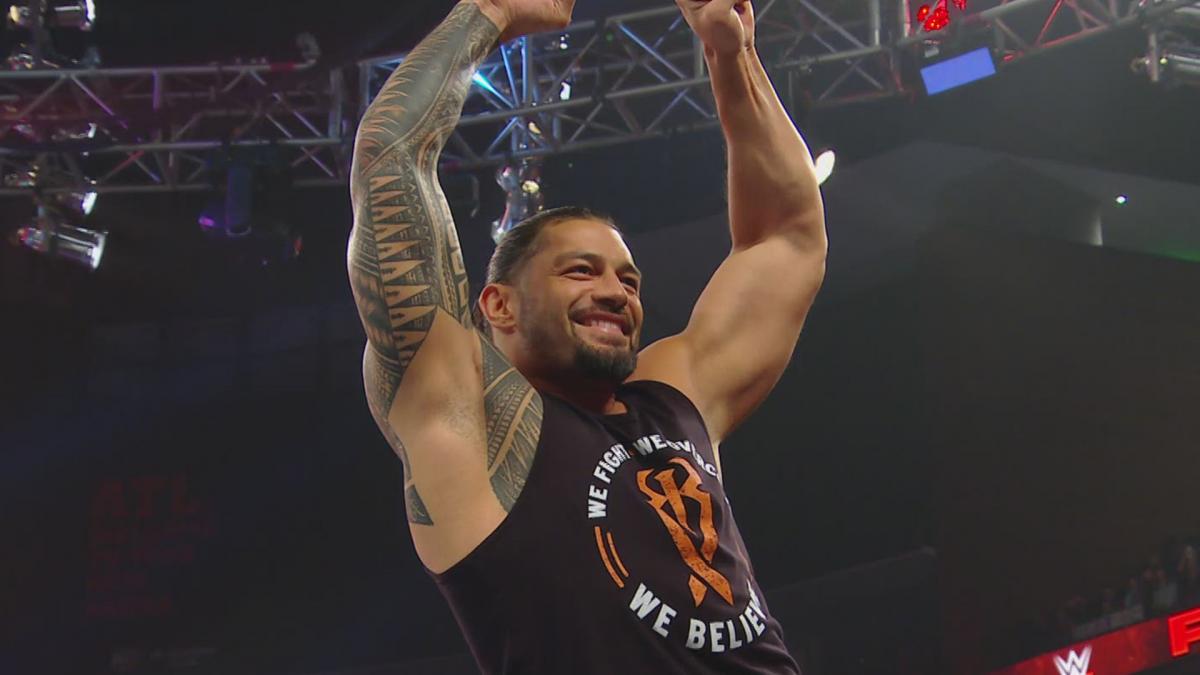 And then we had the Shield teaser. OK, at first when Rollins and Reigns saved Ambrose, then hugged it out and left, I figured that was it, we would get a sort of feel good Shield nod, but that’s it given Ambrose and his lame-duck status. Especially when the two left the ring.in at ‘Mania. This is worth watching…gets Roman in a match, and a tag match offers him some protection considering he’s been out of action for a few months undergoing treatments. 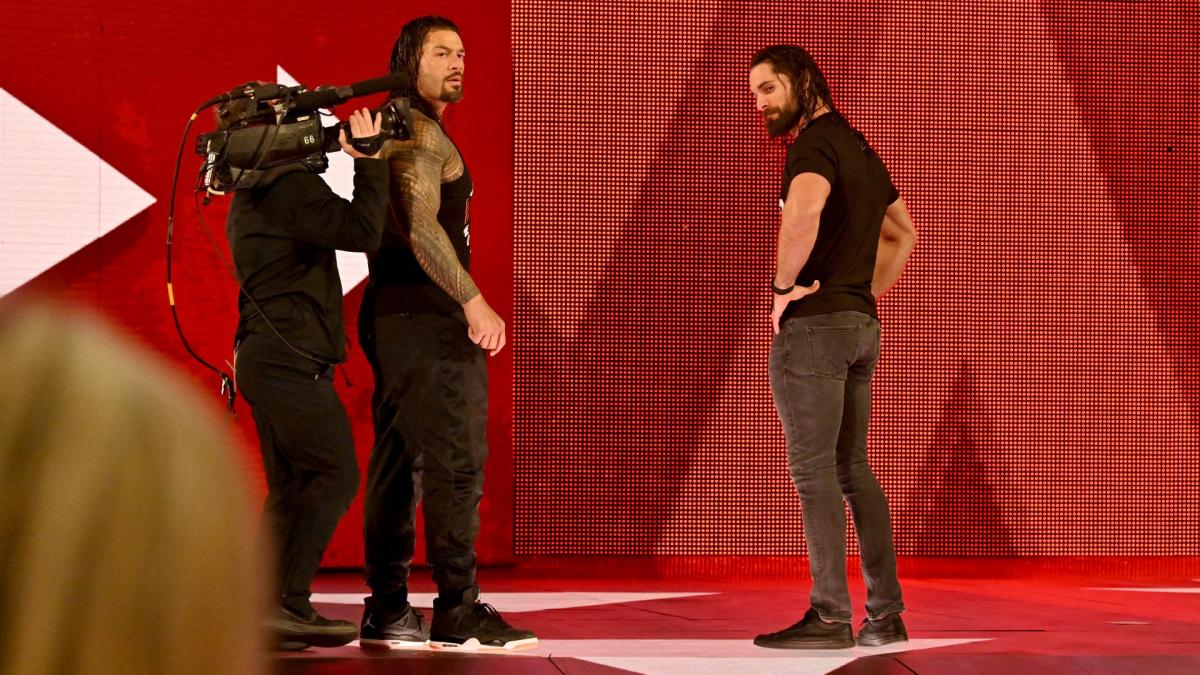 And wow, what a cliffhanger ending. No Ric Flair, so you knew something was up. Cut to the back, and there’s Batista running into Flair’s locker room, then closing the door and eventually dragging a downed Flair…and just like that, the feel good birthday party becomes the angle that really sets up Hunter/Batista at WrestleMania…though how many saw Hunter as the face? (NXT Hunter is…but lately on camera for RAW Hunter, not so much).

Roman may have fumbled over a line, but I can give him a pass, being emotional and all.

Ronda fumbled some too, which I believe is all about passion and some nerves…one more example of why she should have a spokesperson. That said, she did hit the lines and points she needed to, so all was not lost.

Looked like a bad spot or two in the tag match between Aleister Black + Ricochet against The Revival, but overall the match was very good.

Felt like some of the presentation of Batista backstage was off? Like, Flair was already late to come out, THEN Batista showed up, went in, closed the door and dragged him out. So, was he already beaten up? Or what was the deal with that? Very curious there. Segment still did what it needed to do…just felt…odd.

Wonder if Flair was at least a little ticked off?

I have to just laugh at Alexa Bliss. Her character is like, in limbo. On one hand, she was anti-Rousey following Ronda and Stephanie McMahon’s discussion. She then drooled over Finn Balor. Then she ripped on Lio Rush.

So, depending on where you came in on that segment, Bliss was a heel, thirsty or a face.

No, not confusing at all. But, good for a laugh.

Serious question-did WWE re-sign Dean Ambrose and we missed the news? And by we, I mean me. Because, for a guy only here another like, month and a half, you wouldn’t expect WWE to job out Elias to him. But that is what happened…

Hard to overlook some of what Rousey said…almost as though WWE is laying the groundwork for if/when she bails post-WM35.

So, while I love seeing the newest NXT call ups in action, right away, I have an issue. Yes, Black and Ricochet worked a good match (again) tonight. But you are taking two dynamic SINGLES guys and forcing them into tag team action…because you’ve got nothing else to use them for? No clue how to use them? Not for nothing, but if you write the shows, you should be able to figure out how to best use some exceptional talent in short order.

Somewhat related, but if they can’t figure out these guys and their fit for ‘Mania…bring back the Money In The Bank ladder match as it used to be, at ‘Mania. If you need a reason why, go see what guys like Ricochet (and EC3) did in the North American Championship ladder match.

Watching the opening segment was a feel good thing. Watching Reigns then actually get physical really hammered it home.

I liked getting a bit more from Heavy Machinery.

Very interested to see where Rollins/Reigns/Ambrose goes, and if WWE decides they can’t afford to let Ambrose actually leave.

Batista is back, as had long been rumored. Guessing the story will go that, since the reunion last year, Hunter has been ducking Dave, and now Batista beats up Flair to get his wish.

Not sure if I would say it is good or bad, but this RAW will largely be remembered for segments. Like, yes, wrestling matches happened, but even shortly after the show, none will go down as memorable when compared with the opening segment and closing segment.

I will say this. Considering the injury Hunter sustained late last year, coupled with his age and executive responsibilities, to be in a position to actually pull off the long-rumored WM35 match with Batista is nothing short of impressive. May make some wonder if Hunter didn’t have some help to get back to 100 percent, or back to enough health where WWE can book the match, but there can be little doubt that it’s on now.