Andrade Cien Almas, who recently had a name change to Andrade, is encouraging indie wrestlers to sign elsewhere and stay away from the WWE.

Andrade Cien Almas has undergone a name change recently and his career on SmackDown Live has failed to take off so far. Despite rumours that the WWE is looking to push Andrade on SmackDown Live, it seems he’s less than happy with his current employer. Here’s the story. 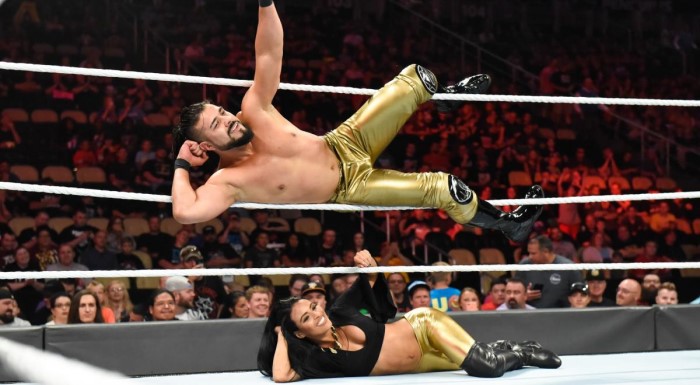 According to The Wrestling Observer Newsletter, Andrade has been rather discontent since his upgrade to the main roster. In fact, he has warned several free agents not to sign with the company including Dragon Lee and Rush.

It seems like Andrade’s indie friends have listened to his advice. Rush was originally set to sign with the WWE, but ended up signing a one-year deal with Ring of Honor. It is believed that Andrade’s advice influenced his decision to join a rival company.

The Time Of Discontent Or Opportunity?

Andrade’s discontent with the WWE could be one reason why he gave the advice he did. Of course, there is no denying that there are loads of opportunities for indie stars these days, and they are certainly not limited to the WWE.

With the WWE struggling to keep its audience attention, a lot of indie promotions look a lot more attractive to those indie stars. Then there is also the arrival of All Elite Wrestling, which poses a serious threat to the WWE.

The advice Andrade gave his colleagues certainly has a lot to do with the WWE’s treatment of its own stars, but also with the current situation of wrestling. There are many opportunities outside the WWE, which eliminates the company as the only option. All Elite Wrestling and New Japan have become serious competitors, so the WWE is no longer the final goal for many pro wrestlers.