Fans have been speculating heavily about impending return of The Rock and the WWE is teasing his return ahead of their SmackDown 1000 event.

Fans have been speculating quite heavily about the impending return of The Rock. While many believed the Rock would not be seen until WrestleMania, the WWE is teasing a return of the Brahma Bull ahead of their SmackDown 1000 event.

Even though the WWE have not officially confirmed the Rock’s return as they have done for Batista and Rey Mysterio, they have Tweeted a major hint that the Rock is coming back to SmackDown Live!

On the 6th of October, the company released a Tweet with the Rock’s image and the words “Finally… It’s almost here!#SD1000 @TheRock”. If that is not intended as a big hint the Rock will be returning, I don’t know what is.

We must mention that the message from the WWE is not the only indication the Rock might be returning. He also hinted at a major announcement dropping (and it was not regarding his cheat meals!)

THE LEGEND IS REAL.
Pretty cool announcement droppin’ today. 3pm EST / 12pm PST
No it’s not a movie about my cheat meals, though that would be fun 💀#TheLegendIsReal pic.twitter.com/uboM4wMcY3

Even though it is a little speculation at this point, if this is a way for the WWE to boost seat sales and the Rock is not appearing, I can guarantee fans will be livid. So, they need to be careful with those promotions if the Brahma Bull is not scheduled to appear!

NEXT WEEK, The #Undertaker returns HOME for #SD1000! #SDLive pic.twitter.com/AyQLSaANCY

If you have lived under a stone for the past 20 years and don’t find yourself excited about the impending return of the Rock, no need to worry, because other superstars are set to make an appearance at the 1000th episode of SmackDown Live.

In addition to the Rock (which is currently not yet officially confirmed), SmackDown 1000 will feature the return of Batista and Rey Mysterio. WWE also announced the return of Evolution, which means an appearance of Randy Orton, Ric Flair, and the Game.

Could This Overshadow the Women’s Pay-Per-View? 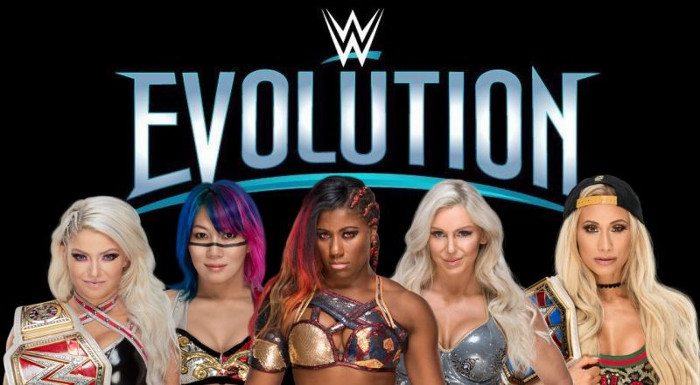 A lot of male superstars are returning to SmackDown Live, but I do feel like it is overshadowing the upcoming women’s pay-per-view. The 1000th episode of Raw should be celebrated nonetheless, yet I am hoping for a major female superstar return. We already have Trish and Lita, but other female wrestlers should also be a part of this in my humble opinion.

Despite the heavy promotion for SmackDown 1000, I am still looking forward to the upcoming women’s only pay-per-view. It may not have received the same promotion as other pay-per-views, but people should support this and show WWE management women’s wrestling needs to be taken seriously.

Want to know the latest on big WWE events in the future? Be sure to sign up for our newsletter!