For baffling reasons that only she understands, Maria Kanellis wants to bring back the WWE Divas Championship. Heres why shes wrong.

Of all the championships in the long history of WWE, perhaps no title is more maligned than the Divas Championship. 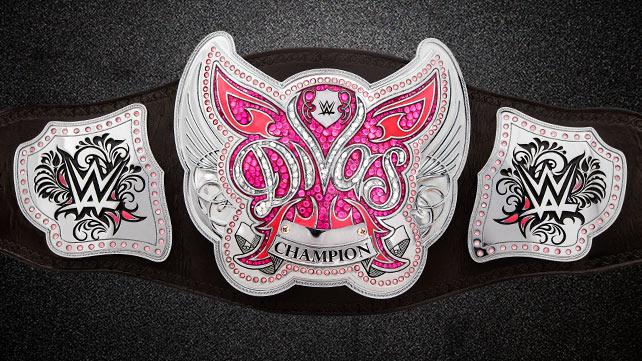 Derogatorily dubbed the “Butterfly Belt” by fans, the Divas Championship has come to be a physical representation of all that was wrong with the Divas era of WWE, and most fans and wrestlers alike are more than happy to leave it dead and buried.

However, there’s at least one person who would like to exhume the Butterfly Belt from its bedazzled tomb: Maria Kanellis.

But Maria Kanellis is dead wrong.

This nonsense all began, as much nonsense does, on Twitter. In response to a fan’s question about what “one thing” she’d like to change about “the current WWE women’s era,” Kanellis answered, “I’d bring back the Divas title.”

Of all the things Kanellis could change about WWE’s current women’s division, the ONE THING she would do is bring back the Divas title?

Unsurprisingly, Kanellis’s answer went over like a lead balloon with wrestling Twitter; but that didn’t stop her from attempting to justify it.

First, Kanellis stated that the “Divas Champions have value” and “are an important part” of WWE’s women’s evolution.

The Divas Champions have value. They are an important part of the Evolution of Women in the WWE. https://t.co/ORugEidGpW

Then she clarified that she wanted to bring the Divas title back in addition to the Raw and SmackDown Women’s Championships.

I’d have all three titles. Just like the IC or the US. Why not have several opportunities for women to become champions? https://t.co/48nAglBUKJ

She also argued that the Divas title was representative of more than just models-turned-wrestlers.

But it wasn’t just models. I was a model but @TheBethPhoenix @MickieJames @RealMelina @Jillianhall1 and more came in as wrestlers. https://t.co/kyDg4EB3yq

Finally, Kanellis implied that only people with very high IQs understand what the Divas title was supposed to be.

H’oh boy. There’s a lot to unpack here. I’ll do my best to keep it concise.

Why Maria’s Argument Is Wrong

I don’t disagree with Kanellis that the Divas Champions have an essential place in the narrative of the WWE women’s evolution. Some of WWE’s best are former Divas Champions: Mickie James, Beth Phoenix, AJ Lee, Paige, Charlotte.

However, while the Divas Championship was intended to be SmackDown’s counterpart to Raw’s original WWE Women’s Championship, it was never held in equal regard to the Women’s title – and, ironically, the value of the Divas title only plummeted further after the Women’s title was retired. By the time fans finally complained loudly enough to get WWE to actually “give Divas a chance,” WWE execs had no choice but to scrap the Butterfly Belt. Because again: the Divas Championship was a physical representation of everything wrong with the Divas era. WWE’s women needed a fresh start, and that meant introducing an entirely new championship.

In other words, the Divas Championship is a relic of a bygone era. It has no place in WWE anymore.

As for giving women on WWE’s main roster another title to compete for – I wholeheartedly agree with Kanellis on that. However, as a longtime female wrestling fan who’s experienced all the ups and downs of women’s wrestling in WWE, I’d much rather see something like women’s tag team titles introduced than the resurrection of the Divas Championship – and I think most fans would agree with me.