Midnight Mania! Cyborg is interested in Zuffa boxing- “Why not?” 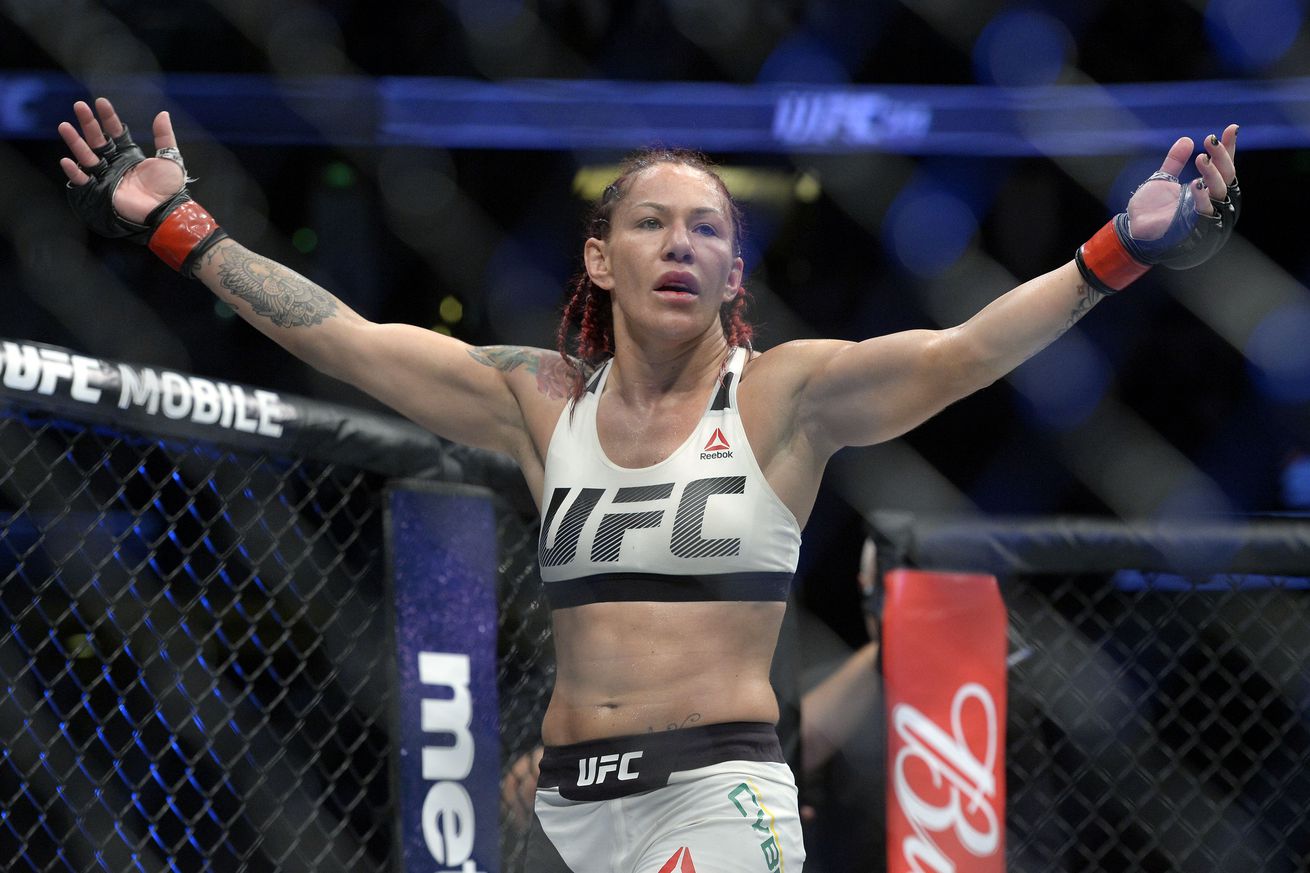 We live in a strange version of reality. Cris “Cyborg” Justino, already the UFC women’s featherweight champion, faces former boxing champion Holly Holm at UFC 219. Holm, ironically, is already on record saying she isn’t interested in boxing again for Zuffa, which is Dana White’s project to expand into the boxing world. Floyd Mayweather, meanwhile, is reportedly really interested in a UFC fight, doubtless against Conor McGregor for one last payday.

Cyborg, meanwhile, says she would like the challenge of pure boxing.

You know, I just hear about the UFC want to make a boxing promotion. I would like to fight boxing, and if maybe they had the opportunity, why not? I’m young, I can train it. I like challenging myself, if I had the opportunity to fight one day in boxing, why not? Just keep training and learning each time.

She has been sparring with several professional boxers in preparation for Holm, including Mia St. John and Olympic gold medalist Claressa Shields. She spoke about how she sees her relationship with Shields as an alliance that helps grow women’s presence in combat sports in general, whether boxing or MMA.

Cyborg has tried her hand at other combat sports before, to mixed results. She fought a few Muay Thai bouts, eventually running up against the limits of her skillset, as she was roundly schooled by Jorina Baars in 2014. She has been working and learning since then, and boxing is another sport entirely. If Zuffa Boxing really does take off, Cyborg might just get the chance to show off her talents in a third combat sport.

Lomachenko’s callouts are all jokes, apparently… but I would much rather see Mayweather return to box Lomachenko than get choked out in an MMA fight

Check out Lomachenko’s confidence and his dismissal of Mayweather here.

. @FloydMayweather It would have been an honor to fight you in your prime but I’m not talking about you. Please stop hiding your fighter.

2 years ago I made my UFC debut in Orlando and today I’m walking to the throne pic.twitter.com/VlPbH7jMnn

Get creative with it

Well, that’s one way to defend a low single. pic.twitter.com/3GGvDgRnZr

A lot of prospects doing a whole lot of talking. Let’s remember who the top dawgs are! Your time will come young guns, but in the meantime let’s make this fight! #RDAvsWonderboy

Thank you @WonderboyMMA for recognizing me as a top dawg! You had your two shots…let me have mine

Oluwale Bamgbose explains why competing in MMA can be awful; not just the fans, but the lack of any actual money in this sport for the athletes.

Some mma fans are some of the worst human beings alive & I would rather die than compete for their entertainment. I want to compete @ my best for respectful & loyal fans. Who are true to martial arts. Not scumbag fans who enjoy our pain but boo strategy. U forget we get paid SHIT

I am proud of my performance & so should my opponent Peter. He truly rose to the occasion & put on a fantastic performance. I assume you all want to see the broken hand X rays lol. Here you go! Cant believe I fought another round busted like this lol. Praise God for adrenaline! pic.twitter.com/0RmlrqyU9J

Interesting… Why do you say that? Not arguing, genuinely curious as I’ve never heard anyone say it in this context before.

I was always under the impression that it protects more after the break keeping the bones intact and preventing further injury like bones popping out of skin. I never thought of it as a means to prevent breakage. Thoughts?

Of course “throw more elbows” is the conclusion Matt Brown would reach.

Good stuff. Much respect coach. Seems the moral of the story is punch less elbow more

Playing around with some new flows and set ups with @cowboycerrone at the @bmfranch.

Tyron Woodley had surgery… but why did he need a hair net when his beard remained this long??

Who the hell put a hairnet on @TWooodley but let his beard run rampant? pic.twitter.com/19jGL2OvIi

Speaking of beards, Emil Meek’s beard may have gotten a bit… out of hand

Best place in Begas for a #beard trim?! #valhallaarmy pic.twitter.com/SBhlB1qA8L

How did Chael Sonnen know this back in 2012, and was he genuinely not aware the cameras were rolling?

UFC featherweight Dan Hooker apparently fought a 282-lb. man in a ring once:

Back when Daniel Hooker fought a catchweight fight against Mark Creedy who weighed 282 lbs. Hooker was 189.5 #UFC219 pic.twitter.com/oe8sJioGTu

Jim Miller has a great voice, will definitely be pursuing a second career in music:

My holiday album dropped today. The conservative estimate is that it goes platinum by the end of the weekend. @ufc pic.twitter.com/TOfKMaQjly

This is why there won’t ever be another Muhammad Ali

If you stole Charlie Villanueva’s toilet … please give it back. pic.twitter.com/XY196mucgv