Impact Wrestling went through major changes over the last few months. They finally dumped Dixie Carter and her incompetent leadership and brought back Jeff Jarrett. Canadian entertainment company Anthem bought the company and changed the logo and company name.

The change hasn’t been just in management. A lot of wrestlers have left the company in the last few months. Drew McIntyre & Maria Kanelis returned to WWE. Others have moved back to the indies.

A big name in TNA in the last few years has been Gregory Shane “Hurricane” Helms. The former WWE Tag Team, Cruiserweight, European, and Hardcore champion has served as an agent with Impact wrestling over the last few years and as a mentor to fellow North Carolinian high-flyers, Trevor Lee and Andrew Everett.

As of today, Helms is no longer with the company.

I'd like to wish @IMPACTWRESTLING all the best in their future endeavors.

Helms seems to take a bit of a shot at his former employer on the way out the door.

I've never been an ass-kisser and I damn sure wasn't gonna start with an owl. 😁👍🏻

Much respect to the locker room at @IMPACTWRESTLING, very talented crew. You all deserve so much more. Even you @RobbieEImpact 😁👍🏻

There’s no official word yet on Helms’ next move. But the WWE speculation wouldn’t be without merit. Hurricane left the company on relatively good terms. He also is lifelong friends with the recently returned Hardys. 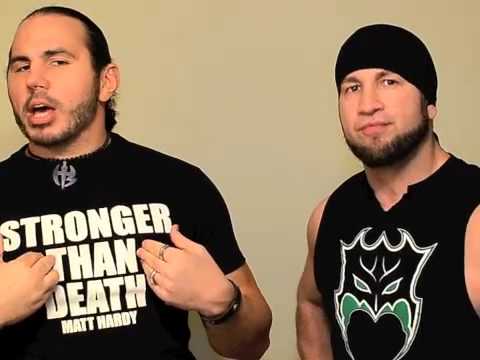 Matt Hardy’s wife Reby sent out this tweet after Helms’ announced his departure.

Matt has been teasing the return of his “Broken” gimmick for some time, and while Helms wasn’t directly affiliated with it, he is very familiar with the WWE audience and working with the Hardys. Having an old face come back to join the “Broken Universe” would be a good move on WWE’s part, in our opinion.

What do you think? Will Helms return to WWE? Share your thoughts.