Hollywood star Anne Heche died on Friday at the age of 53, one week after she crashed into a house in the Mar Vista area of Los Angeles while driving through a suburban residential neighborhood at nearly 90mph.

It has since been discovered that Heche’s crash is located just down the street from where her Six Days, Seven Nights costar Harrison Ford crashed a small plane that he was piloting back in 2015. Ford survived, but his crash still made headlines around the globe.

I’ve said it before and I’ll probably say it more:

Down the street from where #AnneHeche crashed is the golf course where a few years back #HarrisonFord crashed his plane.

Ford and Heche starred together in the 1998 movie Six Days, Seven Nights, a romantic action-adventure comedy in which Ford and Heche’s characters must “put aside their mutual dislike if they are to survive after crash landing on a deserted South Seas island,” according to IMDB.

Ironically, Ford and Heche themselves would later be involved in two crashes off the screen that would happen within the same vicinity of one another, albeit years apart.

But first, check out one of their more memorable scenes together from the film in the video below.

This is how I'll remember Anne Heche, as a great actress.
It's an absolute tragedy what has happened and my heart goes out to everybody caught up in this terrible incident. pic.twitter.com/OlPR052jRE

Wide Open Country reported that Harrison crash-landed his World War II-era two-seater plane onto the Penmar Golf Course on March 5, 2015. He had just taken off from the Santa Monica Airport, which is located right by the golf course when he noticed engine failure.

Left with no other options, Harrison crash-landed on the golf course, leaving himself with injuries that included head wounds and a broken arm. The then-72-year-old star had to be removed from the wreckage and rushed off the golf course in a stretcher, prompting his millions of fans to pray for him as they waited to hear if he was alright.

Patrick Jones, a National Transportation Safety Board investigator, said at the time that Ford was “absolutely” lucky to escape with his life, according to The Guardian.

“Anytime a pilot survives an accident, that is a good thing,” said Jones. “I’m sure the pilot is glad that there was a golf course here.”

Ford’s son Ben later gave fans everywhere the relieving news from the hospital that his father was “battered but OK.”

“He is every bit the man you would think he is,” Ben said. “He is an incredibly strong man.”

Find out more about this plane crash in the video below.

Meanwhile, Heche shocked the world one week ago when she crashed into a home on 1766 South Walgrove Ave. in the Mar Vista neighborhood of Los Angeles, according to Daily Mail.

A quick Google search shows that the house that was destroyed by Heche’s vehicle in the crash is located just over half a mile from the Penmar Golf Course, where Ford crashed his plane. 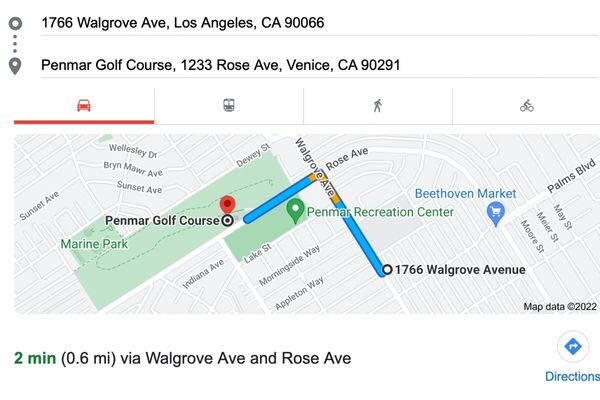 Difference Between The Crashes

There are of course some major differences between these two crashes. Most notably, Ford was not found to have any alcohol or narcotics in his system at the time of his crash, and therefore never faced any kind of charges.

In contrast, while Heche was found to not have alcohol in her system at the time of her crash, toxicology reports of her blood tests showed the presence of cocaine, according to TMZ. This means that had she lived, she may have faced felony charges.

“Her blood showed signs of impairment and that is why it is now being investigated as a felony traffic collision,” LAPD Officer Jeff Lee told CNN earlier this week.

However, in light of Heche’s death, People reported that the investigation has concluded according to a statement by the LAPD.

“As of today, there will be no further investigative efforts made in this case,” the statement read. “Any information or records that have been requested prior to this turn of events will still be collected as they arrive as a matter of formalities and included in the overall case. When a person suspected of a crime expires, we do not present for filing consideration.”