Smith & Wesson announced moving their headquarters - and with it jobs - from Massachusetts to Tennessee in anticipation of new gun laws.

Firearms manufacturer Smith & Wesson, America’s largest manufacturer of handguns, is moving their headquarters from Massachusetts in 2023 due to proposed gun legislation that would severely curtail what the company could manufacture.

S&W, based in Mass since 1852, will keep a facility open in Massachusetts but will move most other operations to Tennessee.

“These bills would prevent Smith & Wesson from manufacturing firearms that are legal in almost every state in America and that are safely used by tens of millions of law-abiding citizens every day exercising their Constitutional 2nd Amendment rights,” Smith & Wesson CEO Mark Smith said in a statement.

S&W will move an estimated 750 jobs to their new factory.

Their new headquarters and facilities will be located in Maryville, Tennessee. Facilities in Missouri and Connecticut will also close as a result of the movement.

NEW: Smith & Wesson will move its “headquarters and significant portion of operations” to Maryville, Tennessee in 2023 “due to changing business climate for firearms manufacturing in Massachusetts”: https://t.co/d9MIfx1o7B pic.twitter.com/MS7fwWLdMi

Smith & Wesson isn’t just moving due to the law banning manufacture of “assault-style” weapons. The firm also cited Tennessee’s favorable business and tax climate as reasons for the move south. 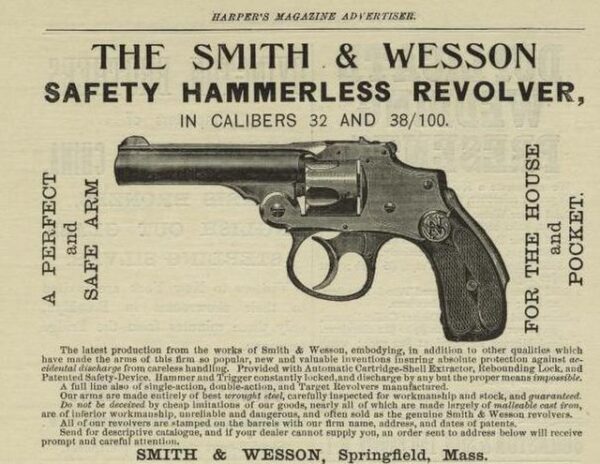 Massachusetts is probably the most liberal state in the union. Well, apart from Vermont. But most Vermonters are harmless burned-out hippies and tree people as far as I can tell.

So it comes as no surprise to me that The Bay State would make such a drastic move to curtail the rights of firearms manufacturers.

As long as politicians support policies that aren’t pro-business, businesses will move. The best way to vote is with your dollars and your feet. I wonder if legislators even think about the consequences of their actions?

Just look at California and Texas. With its high taxes and astronomical cost of living, the Golden State is losing jobs by the barrel. Meanwhile, companies are moving their people and dollars to low-tax, cheap (for now) Texas.

States seem to believe you can tax and regulate your way to prosperity. That isn’t true.

The Lone Star state gained 114 of the known 265 California companies that relocated their headquarters between January 2018 to June 2021. But Texas has been a prime relocation option for at least a decade, the report said.

My only hope is that the Californians moving to Texas don’t try to turn it into California.

$pringfield (Or, How I Learned to Stop Worrying and Love Firearms)

Springfield’s mayor isn’t pleased with the decision, calling the move “devastating.” Springfield will lose around 500 jobs.

There will still be 1000 S&W employees remaining in Springfield after 2023. I’d be worried that Smith & Wesson might take the remaining jobs with them.

I would suggest Springfield consider a nuclear power plant as well, but I would imagine that liberals wouldn’t care for that too much.

What do you think? Should Smith & Wesson stick to their guns? Won’t you please share your comments below