D-Von Dudley recently revealed he had stroke; update on his recovery is below. Plus, WWE is prepping Karrion Kross for a main roster call-up.

Some sad news for fans of D-Von Dudley, the wrestling legend recently suffered a stroke. Meanwhile, some good news for fans of Karrion Kross! The superstar is being groomed for a fast-tracked jump to WWE’s main roster.

During a recent episode of the Table Talk podcast, WWE Hall of Famer D-Von Dudley stated that he suffered a stroke, recently. He relayed that he’s recovered quite well since, and is much better now. See his quote, down below:

“I’m doing alright. I’m getting stronger and stronger each day. I was denying it and wasn’t saying anything before, but I’ll let it out now.”

“I had a stroke and now I’m doing so much better. I’m back to my normal self almost.”

While currently working as a WWE backstage producer, Dudley had an incredibly in-ring career, and was one-half of one of the most successful tag teams ever, along with partner Bubba Ray, as the Dudley Boyz.

Over the years, D-Von wrestled in the WWE, TNA, NJPW, and ECW. He racked up 25 major championships throughout his tenure, across all these promotions. Dudley was inducted into the WWE Hall of Fame in 2018, along with Bubba Ray.

On behalf of everyone at WNZ, we wish Dudley continued success with his recovery and good health.

While Dudley has experienced incredible success in the WWE, there’s a new superstar on the horizon that is being “groomed” to hit some major milestones on the main roster.

Not every NXT superstar can experience a high level of success on the main roster, and it takes a special quality to catch the eye of WWE execs when it comes to call-ups.

It seems as if Karrion Kross could have that “it” factor, and main rosters fans may see him in that squared circle, sooner rather than later. 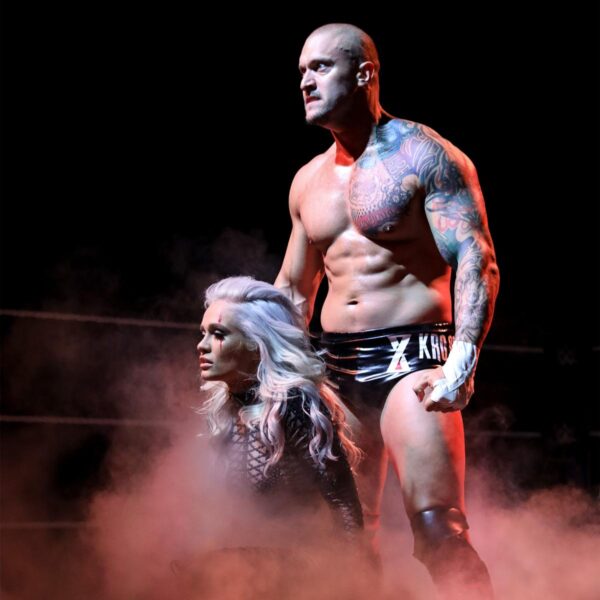 According to the Wrestling Observer Radio’s Dave Meltzer, Kross is currently being “groomed” for a spot on the main roster. In fact, it seems as if he’s been placed on a “fast track” to get there rather quickly.

Meltzer also indicated that the separated shoulder that Kross suffered did slow the process down. This may be the reason for the “fast track” when it comes to a call-up.

Some Get Called And Some Do Not …

Meltzer noted that even though Roderick Strong can work “rings” around Karrion, he may be a superstar that never makes it to the main roster. With that said, Dave also stated that this is just “how it is”.

It seems as if Karrion’s main roster debut could happen before some other NXT stars that have been on that brand longer.

Still, with some NXTers thriving on the main roster after their debut, and many falling to the waistline, only time will tell if this quickened main roster grooming was a good idea for Kross, in the long run.

It will also be interesting to see how Scarlett will fact in all of this as well.