Dana White has reported Khabib could fight again, if someone impresses him. But, it doesn't sound like the star expects that to happen.

For all we know, Khabib Nurmagomedov could change his mind and decide to fight again, if a lightweight contender impresses him with an electrifying win, in the near future. But, based on what the undefeated fighter said in a recent interview, it doesn’t sound like Khabib’s considering a comeback, anytime soon. 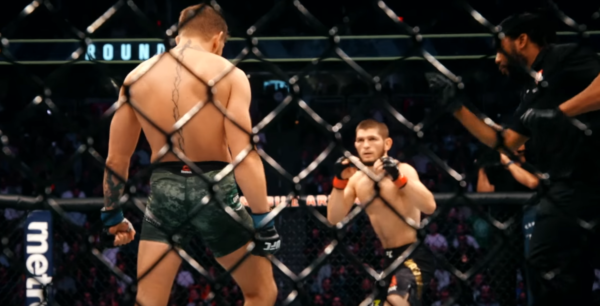 Khabib says fighting’s not in his “plans”

After Khabib announced his retirement in October, Dana White said he planned to convince the fighter to compete again. White was hoping to persuade Khabib to return to the Octagon at least one more time, in pursuit of the 3-0 mark.

Nurmagomedov agreed to meet with him in Abu Dhabi more recently, which prompted widespread speculation about what could unfold. After the meeting, White said Khabib told him that if a top contender impresses him in the coming weeks, he could decide to return.

Conor McGregor is set to battle Dustin Poirier on Saturday, and Michael Chandler and Dan Hooker will also fight at UFC 257.

But, since then, Sport24 RU caught up with Khabib. Of course, the champion was asked about his fighting future, and what it would take to bring him back (quotes via MMA Junkie).

“If we talk about all my business projects, I have so much to do that is planned,” Nurmagomedov said. “And fights are not in these plans.

“I train for myself. The biggest thing that gives me pleasure is training.

I enjoy when I wrestle, run, spar, work on pads, when I work on the punch bags.

This is what I have been doing all my life, and I will continue to train constantly, as well. But if we talk about the fights, they are not a part of my plans.”

And the vaunted wrestler and grappler, also said this.

“They constantly discuss, ‘He will come back, he will not come back,’” Nurmagomedov said. “You know, today we have 2021.

No one knows what will happen tomorrow.

“I don’t even have any plans for the UFC in the near future. I don’t have any thoughts about preparing for the fight.”

So, it is possible that maybe Khabib didn’t want to clarify what a fighter will need to do, in order to spike his interest, just so he doesn’t have to deal with follow-up questions and speculation.

For example, if he said someone needs to record a KO, and McGregor does that, then everyone would be talking about a rematch.

But, when you watch the interview, it really doesn’t seem like Khabib has fighting on his mind. Nor does it seem like he expects that to change, or that he has any intention of putting his other projects on hold.