Inside Alex Trebek’s Final Hours And When His Last ‘Jeopardy!’ Episode Will Air

Sources close to Alex Trebek revealed details about the "Jeopardy" host's final hours and when his final episode will air.

The world lost a true legend on Sunday when longtime “Jeopardy!” host Alex Trebek passed away at the age of 80 following a long battle with pancreatic cancer. Now, new details about his final hours have come out. And, “Jeopardy!” revealed when the final episode with Alex Trebek as host will air.

Jeopardy! is saddened to share that Alex Trebek passed away peacefully at home early this morning, surrounded by family and friends. Thank you, Alex. pic.twitter.com/Yk2a90CHIM 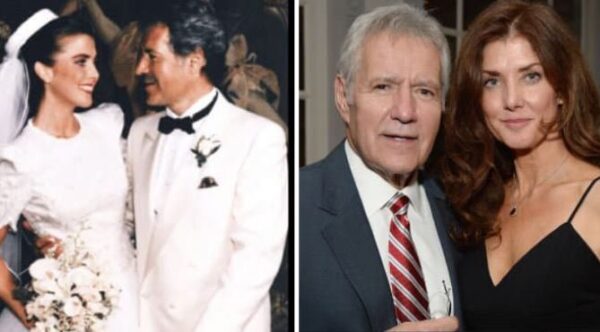 “Jeopardy!” executive producer Mike Richards said that Trebek spent his last day on earth exactly the way he wanted to, which was relaxing on a swing in his backyard with his wife of 30 years, Jean.

“He had a swing in his backyard that he loved. He actually rebuilt it earlier this year. He was very handy. I don’t know if a lot of people know that,” Richards said.

“And even in his book, he described that he wanted his final day to be sitting on his swing next to his wife, Jean, and kind of watching the horizon. And he got to do that.”

“He was coherent. He wasn’t in pain, and the fact that he had a nice final day, I think makes all of us in the ‘Jeopardy!’ family feel much better,” he added.

Trebek’s last day filming “Jeopardy!” was on October 29, just over a week before his death.

Richards recalled the tremendous amount of dignity that Trebek showed on his last day filming the show.

“I knew he was in an enormous amount of pain, and as he was leaving, I saw him at the door and I said, ‘You know, that was maybe the most incredible thing I’ve ever seen,’” Richards said. “He kind of had his head down and he looked up and said, ‘Well, thank you.’ And that, you knew, when he accepted that, that he was really fighting and it was just so important for him to do this show and to support everything that it means to America.”

Richards confirmed to Fox News that Trebek’s final episode of “Jeopardy” will be airing on Christmas Day.

He also said that the show will not be announcing another host to replace him at this time:

“This is an enormous loss for the JEOPARDY! staff, crew and all of Alex’s millions of fans. He was a legend of the industry that we were all lucky to watch night after night for 37 years. Working beside him for the past year and a half as he heroically continued to host JEOPARDY! was an incredible honor.

His belief in the importance of the show and his willingness to push himself to perform at the highest level was the most inspiring demonstration of courage I have ever seen. His constant desire to learn, his kindness, and his professionalism will be with all of us forever.”

How He Wants To Be Remembered

Earlier this year, as he continued his battle against pancreatic cancer, Trebek was asked how he would like to be remembered.

“He was a nice guy and that he was the best kind of quiz show host in that he always seemed to be rooting for the contestants,” Trebek replied.

“He wanted them to perform at their best because if they did, that would make the show a success and he would be able to enjoy the success of the program in that regard.”

Rest in peace, Alex Trebek. The world together mourns a great game show host and human.

Read Next: ‘Jeopardy!’ Host Alex Trebek Talks About What He Wants His Legacy To Be