Talk show host Ellen DeGeneres was just accused of mistreating staffers in her household: "She treated us like we were nothing."

The popular host of “The Ellen DeGeneres Show” has faced several months of criticism and being accused of permitting a toxic workplace by current and former employees on her talk show. Now, Ellen DeGeneres has been hit with claims that she also mistreated the staffers working in her home.

In an interview with Daily Mail, a former employee who worked in Ellen’s home accused the talk show host of running her household like a military-style boot camp.

The ex-staffer, who asked not to be identified by name over fears that Ellen would respond by taking legal action, said that the comedian often berates employees for the smallest errors and that she takes “pleasure” in firing them.

“My belief is that someone’s real personality comes out at home,” the ex-employee said. “So after everything that has been said about her at work, you can imagine how terrible Ellen is going to be at home when her guard is down. Sometimes she would yell at us but it was more about the incredibly condescending tone she would use. She treated you like you were nothing.”

Dozens of current and former employees accused the Emmy-winning talk show host of allowing a toxic work environment filled with racism, intimidation, and sexual misconduct on the set of her talk show.

According to the former staffer, Ellen was just as unhinged when it came to her home life.

“She was going to torture you and you were just going to sit there and listen to it because you were being paid,” the ex-staffer alleged. “Ellen was the worst person that I’ve ever met in my life. She takes pleasure in firing people.”

The former staffer spent months working at the mansion in Los Angeles, California that Ellen DeGeneres shares with her wife Portia de Rossi. 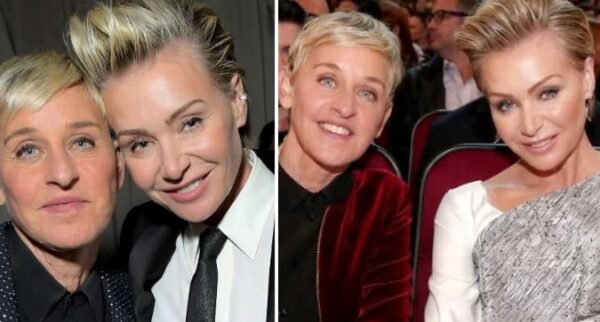 While the ex-employee was excited about the job at first, it became clear from their very first day that this was not going to be a fun experience.

The source claimed that every day, the 62-year-old starts off by sending staffers a laundry list of passive aggressive notes filled with “violations” that she didn’t like the day before.

These “violations” were for things like a chef using a guest bathroom and a maid forgetting to put a piece of trash in the recycling.

“Ellen is terribly obsessive compulsive and if anything is out of order in her environment she gets upset,” the former staffer said. “There might be 20 to 30 things every day. We are talking about the finest, finest details here – a salt shaker out of place or a light switch left on. She wanted the coffee maker deep cleaned every day after complaining that there was too much or too little froth on her latte.”

“The staff was getting better and better and making fewer mistakes but she couldn’t help herself so she would lay traps,” the source continued. “She would actually leave matchsticks around the house, behind cupboard doors, cushions or books to see if the staff was cleaning and moving things. One day the staff found around eight of them, all in weird places. The rest of the day became a race to find them all before she got home and fired someone.”

The former employee was fired after a few months of working in Ellen DeGeneres’ home.

By that point, however, the ex-staffer had worked there longer than most other people in the home, given how many people DeGeneres had previously fired.

“There were numerous people that she fired, rehired, then fired a second time. I heard about a manager who started on a particularly bad day and was fired in the first two hours,” the ex-staffer said. “I would never cry in front of them but I was always stressed out and on the verge of tears. I remember going home sometimes thinking I just hated my life.”

By the time the former staffer was fired, losing the job came as a relief, given how DeGeneres treated her employees.

“You stick it out because quitting looks bad on your resume but everyone in Hollywood knows what’s going on there,” the ex-employee concluded. “I missed the pay check afterwards but felt a sense of relief that I never had to go back there.”

Ellen DeGeneres was previously known for ending every episode of her talk show by telling her viewers to “be kind” to one another. The facade as her being one of the kindest celebrities in American has finally cracked.

It looks like she should have focused a little more on practicing what she preached, especially in her own home.