There has been plenty of talk about how Kamaru Usman and Gilbert Burns would navigate training around each other, ahead of UFC 251. Well, as it turns out, Usman has decided to leave Florida altogether.

Once it became clear that Gilbert Burns could end up fighting his longtime teammate, Kamaru Usman, speculation about how they would prepare for their fight began. But, as their title fight at UFC 251 nears, it looks like that’s not going to be an issue, as the welterweight champ Usman has changed his camp. 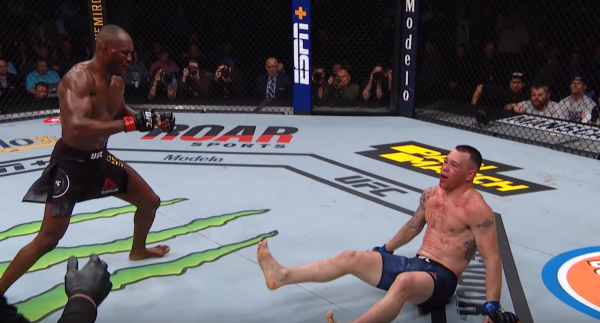 Usman is heading to Denver

As Burns started rolling up through the welterweight division, and as he prepared to fight Tyron Woodley last month, talk about him fighting his teammate Usman began. Burns locked up a fight with his friend, by scoring a one-sided, decision win over Woodley.

Well, since then, both fighters admitted the situation wasn’t ideal, but they noted they’re professionals, and would work through it. But, as it turns out, Usman has decided to leave Sanford MMA in Florida, to go train with the renowned coach, Trevor Whittman in Denver.

While speaking to ESPN about the move, the champ said this.

“Florida was the base for a long time, but you grow from there,” Usman said. “We always had a ton of guys, some of the best training partners out there and some great coaches.”

“But I wanted a little more specific attention at this point in my career — someone to be able to say, ‘You’re going to come in at this time and work on this particular skill.’

It’s very tough to do that when there are 40 to 50 guys in the room with you who also need to get attention.”

And, what about the fact the change has come, less than one month out from the fight? Usman had this to say about the situation.

“I think eventually I would have changed things up anyway,” Usman said. “We had a lot of welterweights at that gym. At some point, when you’re training with these guys on a daily basis and you’re the champion of the world, these guys know you in and out and if they get the better of you one day, they’re licking their chops thinking it’s their time.

A little separation from that is good. It keeps that element of surprise, because these guys feel like they know you.

“One thing I firmly believe is that it’s my work. You can be with a great coach, but if you’re not putting the effort in, that coach isn’t going to help you win.

That coach isn’t going to get in and fight for you. I know I put the work in.”

So, at the end of the day, this sounds like a good move for Usman. Provided, of course, that the logistics of him changing up his camp etc. don’t impact his preparation. As noted above, July 11th isn’t far off.

But, what’s also interesting here, is that it sounds like this change, or least, Usman’s departure from Sanford MMA could be permanent. He should be in good hands with Whittman; however, who coaches the likes of Justin Gaethje and Rose Namajunas.