Ryback Still Believes WrestleMania Will Be Cancelled This Year

Ryback discussed the possibility of WWE wrestlemania being cancelled this year. He also proposes some potential solutions to the problem.

There is ample speculation that WrestleMania 36 may not go ahead this year. While the WWE have officially stated that the event is going ahead, not everyone is sure it will. One of them is former WWE wrestler Ryback.

Ryback Claims WrestleMania 36 Will Be Cancelled Due To The Coronavirus

The former WWE wrestler is convinced that WrestleMania will not be going ahead this year. While he is not alone in his thinking, Ryback does have some theories to back up his claims.

As a former WWE wrestler, Ryback knows the inner workings of the company. While he been out of the company for some time now, he made some valid points during his podcast ‘Ryback TV Shooting Blanks Wrestling Report With Raj Giri’.

Ryback believes the WWE is sitting on the fence at the moment trying to decide whether to cancel the event. Even though they have made a statement to the contrary, Ryback thinks they could still pull the plug a week before the event takes place. The cases of the coronavirus are increasing in the United States, so it would not be beyond the realm of possibilities.

Another valid point made during the podcast is that WrestleMania attracts visitors from around the world. In other words, people who may be carrying the virus may be travelling and infecting others without knowing it. This is also one of the reasons why other major events have been cancelled already including Coachella and various NJPW and AJPW wrestling events.

Should WrestleMania Axxess Be Cancelled? 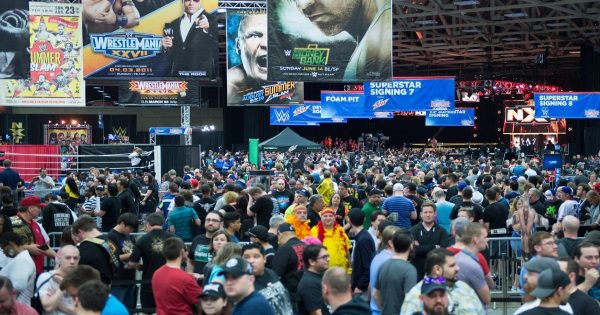 WrestleMania Axxess is one of the more prominent events outside of WrestleMania itself. However, this event is characterised by lots of fan interactions, which once again increases the chance of spreading the virus.

The WWE have already put in some measures for WrestleMania Axxess. A no touching policy has been implemented and Sasha Banks was spotted at a signing event with some blue gloves. In other words, there are some things that are being done to protect wrestlers against infection.

While there are some measures in place, Ryback states that Axxess should be cancelled completely. He believes wrestlers should just show up for their WrestleMania match and nothing more. While that would take away a little from the overall experience, I do believe he has a point.

Could WrestleMania Be Done In An Empty Stadium? 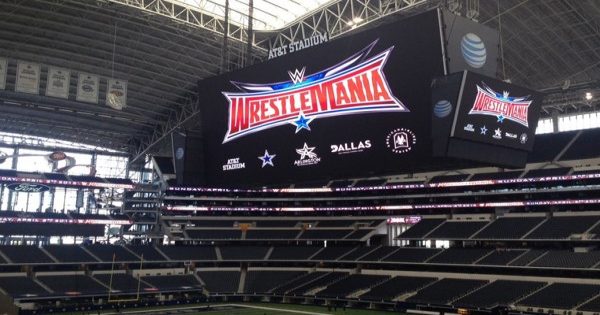 Another idea that was put forward during the podcast is continuing with WrestleMania in an empty stadium. While it may sound a little ridiculous at first glance, it might not be that silly if you think WrestleMania would be cancelled outright otherwise. Ryback was certainly in favor of the idea.

“I’ve never thought about that. It wouldn’t be a complete loss. This isn’t one of those situations where we can just reschedule WrestleMania for a week or two. This could only get worse, quite possibly.”

At this point in time, it is not certain that Wrestlemania will take place. As the coronavirus continues to spread, the WWE may change its mind in the weeks to come. We will keep close tabs on this situation as it continues.