Mojo Rawley is looking to increase the prestige and meaning of the WWE 24/7 Championship. This could be an excellent thing for the title!

Mojo Rawley taking the 24/7 Championship from R-Truth could mean a serious change to the meaning of the title. Even though R-Truth has put the title somewhat in the limelight, Rawley has different plans.

Mojo Rawley Will Defend His 24/7 Championship 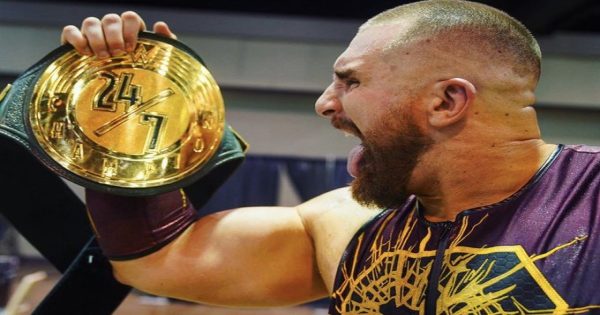 Opposed to previous 24/7 champions, Rawley declared that he will be defending his championship instead of running away. While this may go against the very nature of the title, as it is defended every hour of every day, it could provide some interesting angles.

A statement from your 24/7 Champion. It’s time to change what the 24/7 title stands for. Catch me on @WWE #RAW Monday to see what I’m up to. pic.twitter.com/KHalwDwfCA

Rawley made the announcement on his social media, while he was “cleaning the coward” from the 24/7 Championship. The simple promo has already brought more attention to the championship belt and its overall prestige. In other words, this was a great move.

Rawley is one of those people that deserves much more than what he gets from the WWE. He certainly has the talent to be a top-tier talent, but he has not found his permanent spot in the WWE yet.

Fans are squarely behind Rawley since he won the title. Apparently, I am not the only one who believes Mojo deserves better. After countless gimmick changes and a continuous jobber status, this might just be what he needs.

He's a hard worker and easy guy to root for. I flew 4 hours to NXT in Oct 2015 for a Takeover and taping. After both nights, Mojo greeted all the fans as much as anybody there. Both nights. I'm sure he did it often. Most of them were good, but he really stood out. Great guy.

In the WWE, you often encounter talent you absolutely love, but they do not get any genuine opportunities. Mojo is certainly on that list for me, alongside EC3 and Dana Brooke. When you look back at the past two years, he has done everything the company asked of him. Isn’t it time he gets rewarded for that?

And, he is genuinely one of the friendliest wrestlers in terms of fan experience. I think that deserves a little reward don’t you?

So, Where Does The 24/7 Championship Go From Here? 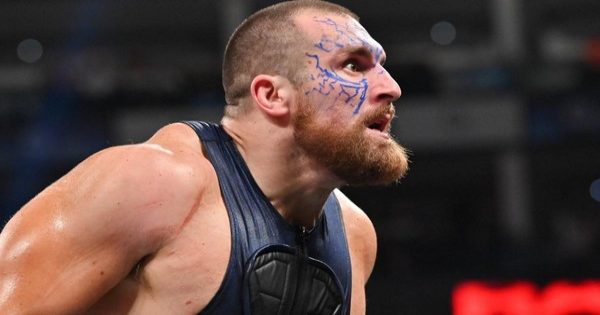 If Mojo wants to genuinely defend his title, it could lead to matches in some unusual locations. Remember the match between Bray Wyatt and Matt Hardy at the Hardy compound? This is something that could be a possibility with genuine 24/7 defences.

While I have little fate in the WWE’s creative department these days, the 24/7 title could become a major success if things are handled properly. Mojo is not a stupid man either, so his input could be quite valuable.

A matches in a weird location is just one possibility. Just how many unusual matches could you create? In my head, I’m already thinking about the incident between Stone Cold Steve Austin and Booker T in the grocery store. Maybe a grocery store match for the 24/7 Championship?

There are many other creative options for a defending champion, which includes having actual matches during Raw or SmackDown. Of course, the bookings need to be right. They should also build Rawley before they do these matches, ideally in unusual 24/7 matches outside the ring.

While this is just my opinion, I’m sure many of our readers have some of those creative ideas as well. I can’t wait to see what Mojo does, and if he finally get the opportunity to show his skill by the WWE.