As ONE Championship's 2019 schedule continues to wind down, the Asia-based promotion has announced the dates and locations for the first half of 2020.

ONE Championship has had a jam-packed, 2019 year, which included it’s massive “Century” event last month, and it looks like 2020 will be just as busy. 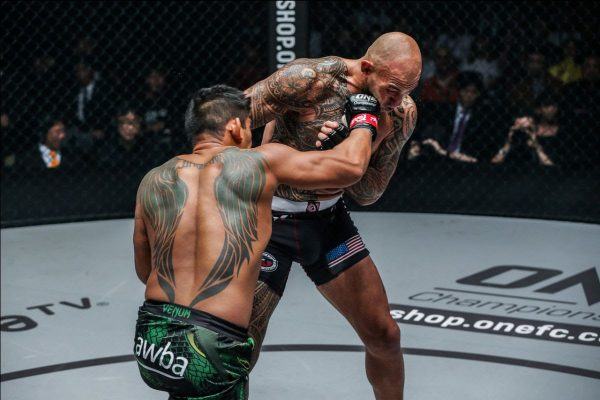 Recently ONE sent out a press release announcing the first half schedule for the promotion’s 2020 campaign, and it also included these comments from the company’s CEO, Chatri Sityodtong:

“2019 was a pivotal year for ONE Championship. In addition to increasing our reach and deepening our engagement in our core markets across Asia, we held our first events in Japan and Vietnam. ONE Championship also established its initial broadcast presence in the United States and India with live broadcasts and delayed re-runs. For 2020, our goal is to push the boundaries and expand our reach, frequency, and engagement across all core geographies.”

“For the coming year, ONE Championship intends to hold a minimum of 50 events, including those from ONE Championship, ONE Hero Series, ONE Warrior Series, and ONE Esports. More announcements will be coming shortly for the 2020 calendar. In addition, if all goes according to plan, we hope to throw our first events in the United States, India, and Korea in 2020. While nothing is 100% confirmed yet for US and India, serious initial discussions have been underway. Also, with the success of ONE Hero Series China, we will now launch ONE Hero Series Philippines, our local league in the Philippines, in 2020 to widen our search for the next global martial arts superstar.”

There’s no question it was a big year for ONE. Due to the acquisition of former UFC champs like Eddie Alvarez and Demetrious Johnson, as well as its broadcasting deal with Turner Sports, it certainly seemed like interest in the promotion here in North American definitely increased. As Sityodtong also noted, ONE continued to expand into Japan and Vietnam with cards, and increased the promotion’s exposure in India as well.

Here is the line-up so far for the first half of ONE’s 2020 schedule. As you can see, there will be two cards per month, minimum, for the first six months of the year.

*More events will be added shortly to the 1H 2020 calendar.

Conor McGregor vs. Manny Paquiao at Allegiant Stadium? “Notorious” is Down