Even though Nikki Cross & Alexa Bliss were drafted to Raw, Triple H has now confirmed that the former women's tag team champions are going to SmackDown.

During the WWE superstar draft, Nikki Cross & Alexa Bliss were drafted to Monday Night Raw. Even though they were drafted separately, it was clear the WWE wanted to keep them together. 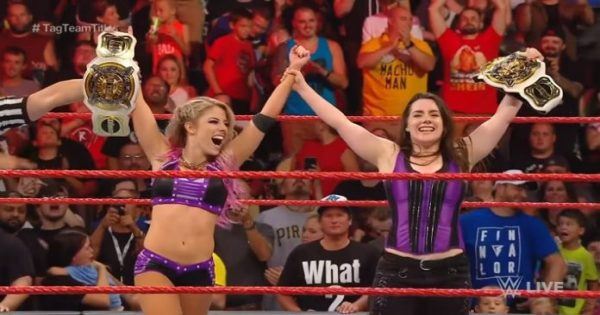 Triple H announced on Tuesday that there would be one change to the results of the WWE draft. Instead of going to Raw, Nikki Cross & Alexa Bliss are now heading to SmackDown Live. The news was confirmed officially on the @WWEOnFox account on Twitter.

As announced by @WWE COO @TripleH on @WWE Backstage, @AlexaBliss_WWE & @NikkiCrossWWE have been traded to @WWE Friday Night SmackDown.

In exchange #RAW will get future draft pick considerations. pic.twitter.com/DiZGFbloyy

Bruce Prichard Involved in the Trade? 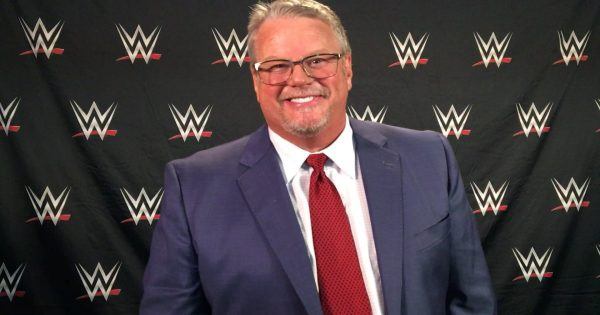 If rumor is to be believed, Bruce Prichard could have something to do with the move of the former women’s tag team champions. Even though the news of Bruce Prichard replacing Eric Bischoff as the SmackDown Live Executive Director only broke recently, this news indicates his influence over SmackDown has been immediate.

Fans have high hopes for Bruce Prichard as the SmackDown Live Executive Director. The first change is Nikki and Alexa, but there could be many more. We cannot wait to see what Prichard does on the blue brand.

Fans’ Reaction to the Move

Even though Nikki Cross & Alexa Bliss are extremely popular, the reaction from fans has been mainly negative. This has nothing to do with Nikki or Alexa though. Fans are more disappointed about the lesser value of the draft. The changes are implemented only days after the WWE superstar draft, which make the WWE superstar draft seem meaningless. Here are some of the most notable reactions.

This has become a comedy. So if Bray somehow gets traded who went in the first round, it was for Alexa and Nikki because the WWE was not smart enough to fill out the womans roster on SD? This freaking company man. Along with the Bischoff news, throw in the towel.

Removing #BlissCross from the Tag division by trading them separately over to Smackdown? Thus cutting them out of the tag title picture since Kabuki Warriors go to Raw.

I really enjoyed Them as a tag team too. Bliss got the face push she deserved from this, now she's pushed back

So they drafted a team separately with 2 picks then turned around and sent them both to SD and called this a “blockbuster trade” 😂. They have to be just screwing with you wwe fans at this point. This is a joke of a company

Reason for the Move to SmackDown Live 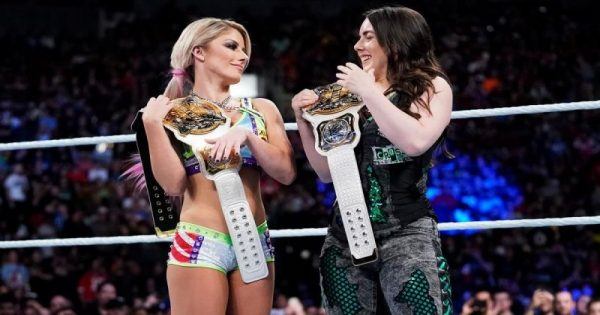 Fans have been speculating about potential reasons for the move. There are various viable theories out there. Here are the ones that are most likely as well as the most plausible reasons.

One of the reasons being put forward is that the WWE wants to avoid Alexa Bliss and Charlotte stealing the spotlight from one another. It is not uncommon for the WWE to do this. Remember in Total Divas how Eva Marie had to dye her hair so she would not resemble Nikki Bella?

A Lack of Women on SmackDown Live

Fans pointed out that there could be a more straightforward reason for Nikki’s and Alexa’s move. There’s a lack of women on the SmackDown Live roster. Officially, the brand only has Sasha, Bayley, and Lacey. Nikki Cross and Alexa Bliss make a nice addition to that roster – balancing the power on the brand.

Over the past few weeks, it has been clear that Fox Network is having a serious influence in the WWE. There have been many changes, so it was expected for Fox to have quite the veto power when it came to the draft. Some fans speculate that Fox was unhappy with the limited female superstars on their roster, prompting them to acquire Alexa Bliss and Nikki Cross, too. Unfortunately, that does leave them outside the tag team title picture and makes their future as a tag team unclear.