SmackDown In A Nutshell: Apologize Or You’ll Be Sorry?

This week on SmackDown, King of the Ring rages on. Clash of Champions is getting ever closer...and will Daniel Bryan get his apology from Roman Reigns?

A happy Tuesday to you all! It’s the final SmackDown of August. As I enjoy the blue brand offering tonight from NYC, there is a distinctly fall feel in the air. Summer isn’t quite over, but it’s fading fast. WWE has Clash of Champions a few weeks out, and King of the Ring keeping things busy in the interim. On top of that, we’ve got the still-going Roman Reigns-Daniel Bryan angle. Tonight, is it “apologize, or you’ll be sorry”? It seems to be, so here’s hoping things get a bit more developed. Let’s crack open this Nutshell and find out!

Buddy Murphy and Ali. Downer that Murphy lost, but the match continues a trend. I believe Buddy’s taken this spot, or half of it, for three consecutive weeks now? 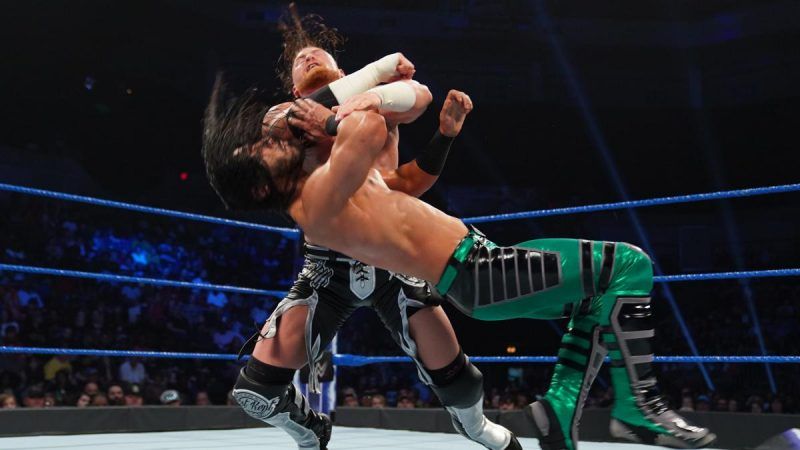 There’s a lesson to be had here. That is, don’t sleep on the 205 Live talent. If WWE axes the show, let’s hope they disperse-and use-the talent on that show wisely across RAW and SmackDown. 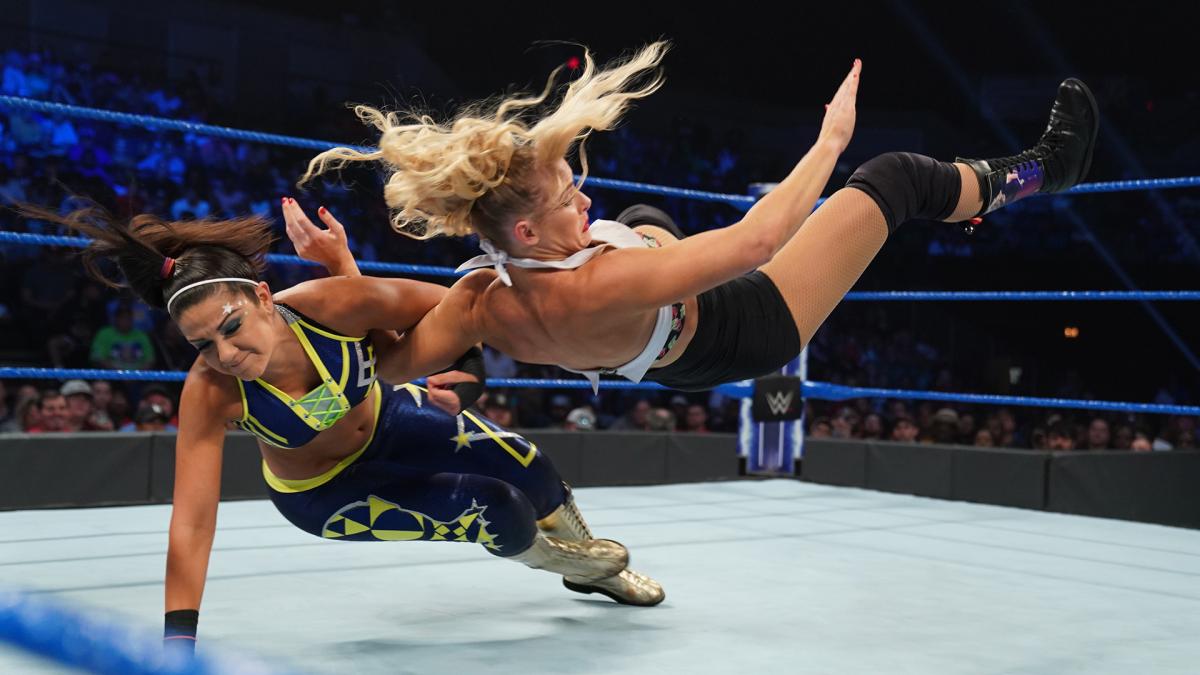 Another night, another Bayley stinker. Now, in fairness, this match with Lacey Evans largely blew chunks because Lacey is just not ready. She had (probably still has) fans in the big office…but even when she was called up from NXT, I thought she was a wee bit green. This match proves that.

Say it with me…Buddy Murphy. 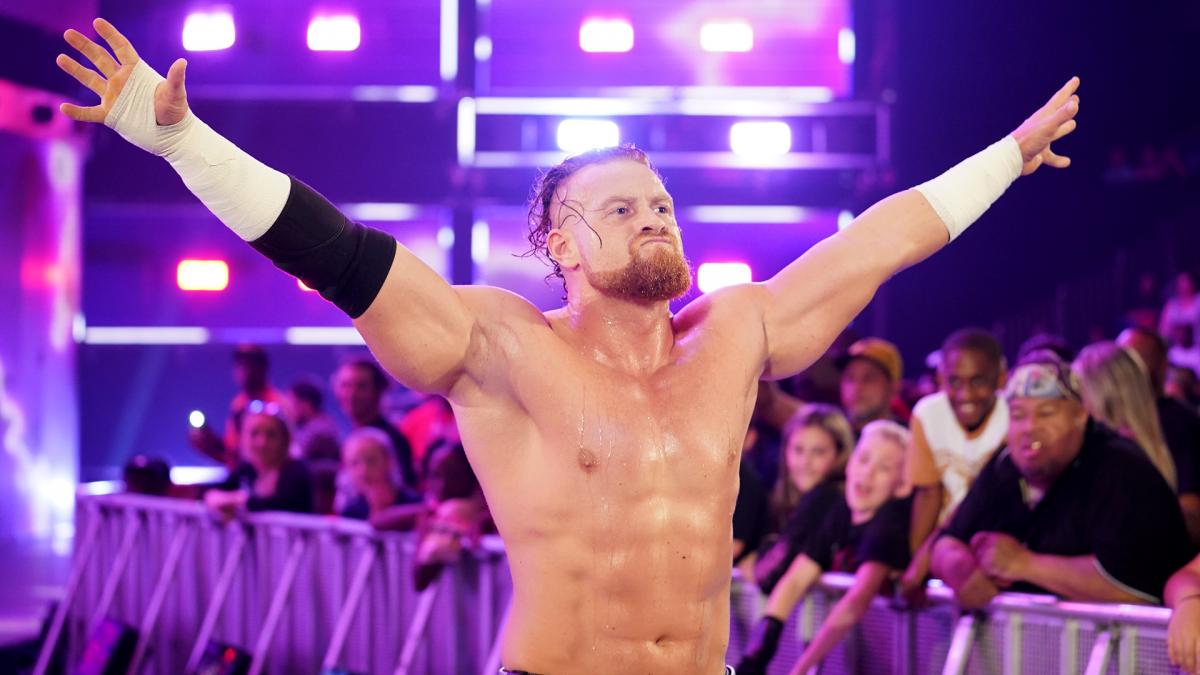 I don’t know why they kept him off TV for a bit since he “graduated”, but he’s been nothing short of exceptional since getting TV time. I know when it was suggested he be involved in the Reigns angle, I was skeptical. Now, I can see why he was being considered. He’s earned it.

Kind of lacking a great spot. The best of what we have to choose from? The “super RKO”, or Reigns drilling Daniel Bryan with the spear.

Like I said…not a lot to choose from this evening.

I think tonight reminds us just how good Ali can be. That WWE had him go over Buddy Murphy says something, considering how hot Murphy has been. And fine, I am saying all this without even thinking about the next round match up, but I don’t think it matters much, seeing as both Superstars can and have played as faces.

Hmm…how about the “reveal” of Rowan? I don’t know…it was bad. From looking like the Big Foot footage, to just…yeah. It was bad. This goes back to Umaga driving the car way back when…this one COULD have been really good…but it’s almost like they changed it on the fly several times, and it’s just gone so bad. If this had gotten us a sweet Joe face turn, it could have at least been worth it…but even that’s seemingly dead.

Really bad. Maybe next week something redeems it, but this one is on life support…

OK, maybe it wasn’t a botch…but Drake running around the ring a couple times after he won back the 24/7 Championship just looked weird. Like, at one point I figured he was going to trip, or be tripped by Truth, and lose the belt…but that didn’t happen. Was just odd. 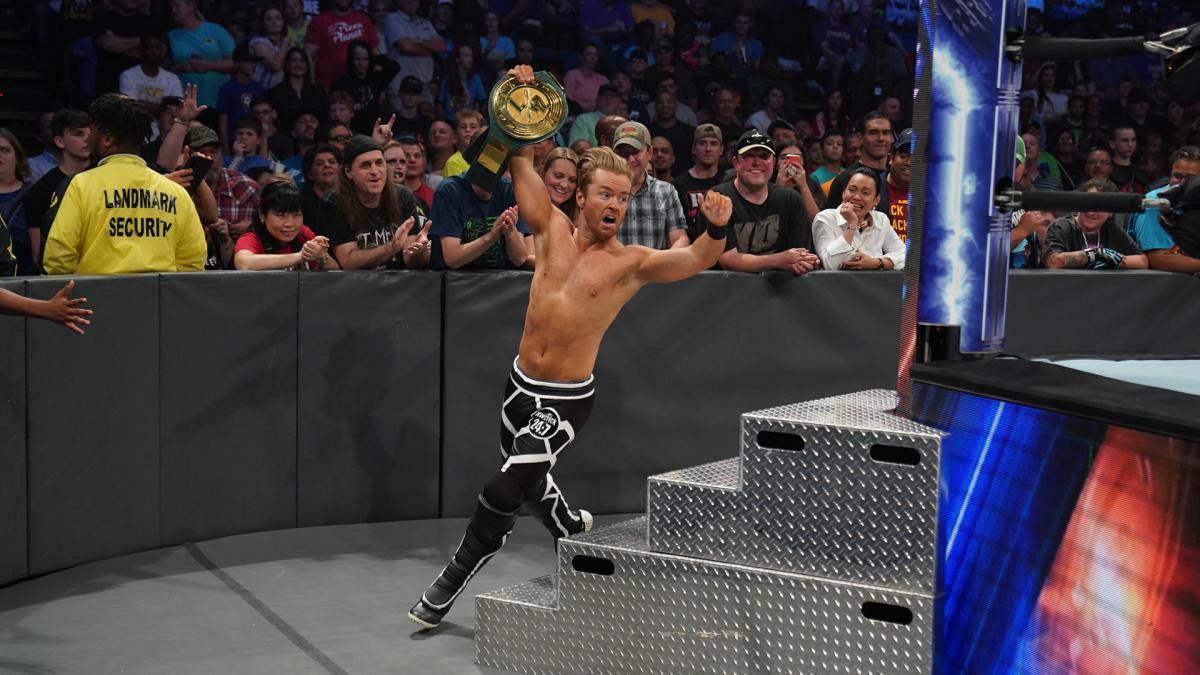 Also, Lacey Evans had some bad moments during her  match with Bayley. 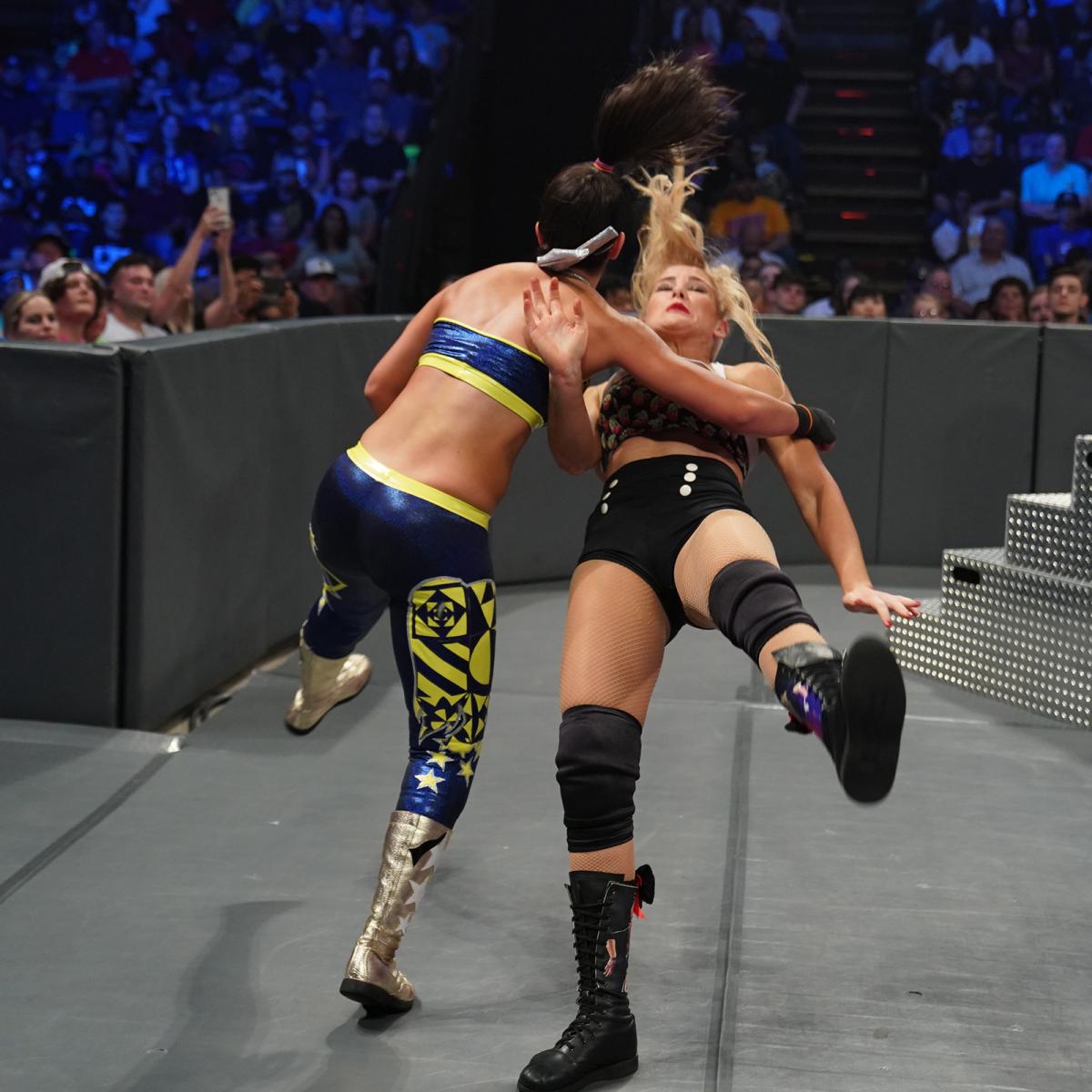 Perhaps it was meant to make people think this…but when Roman revealed the video from the scaffolding falling on him, to show Rowan walking there in slow motion (seriously, weeks after the fact, how convenient that we didn’t see that view before?), it sure looked like that infamous Big Foot clip from decades ago. And yes, I laughed.

Well, we now seem to have proof that Rowan was involved in attacking Reigns, and Daniel Bryan went nuts because “he hates liars”. But, don’t we all still think Bryan will be involved? That, or my vote is on Harper or someone else close with Rowan…

Maybe not a true lowlight, but it was sort of a bummer to see Buddy Murphy lose to Ali. Like, happy to see Ali get back on the winning side of things, but Buddy seemed to have the hot hand.

Also, I get why WWE has the family involved in the Kingston/Orton program, but involving the kids? Not a fan. Did not like it with AJ and Joe, don’t like it now either. 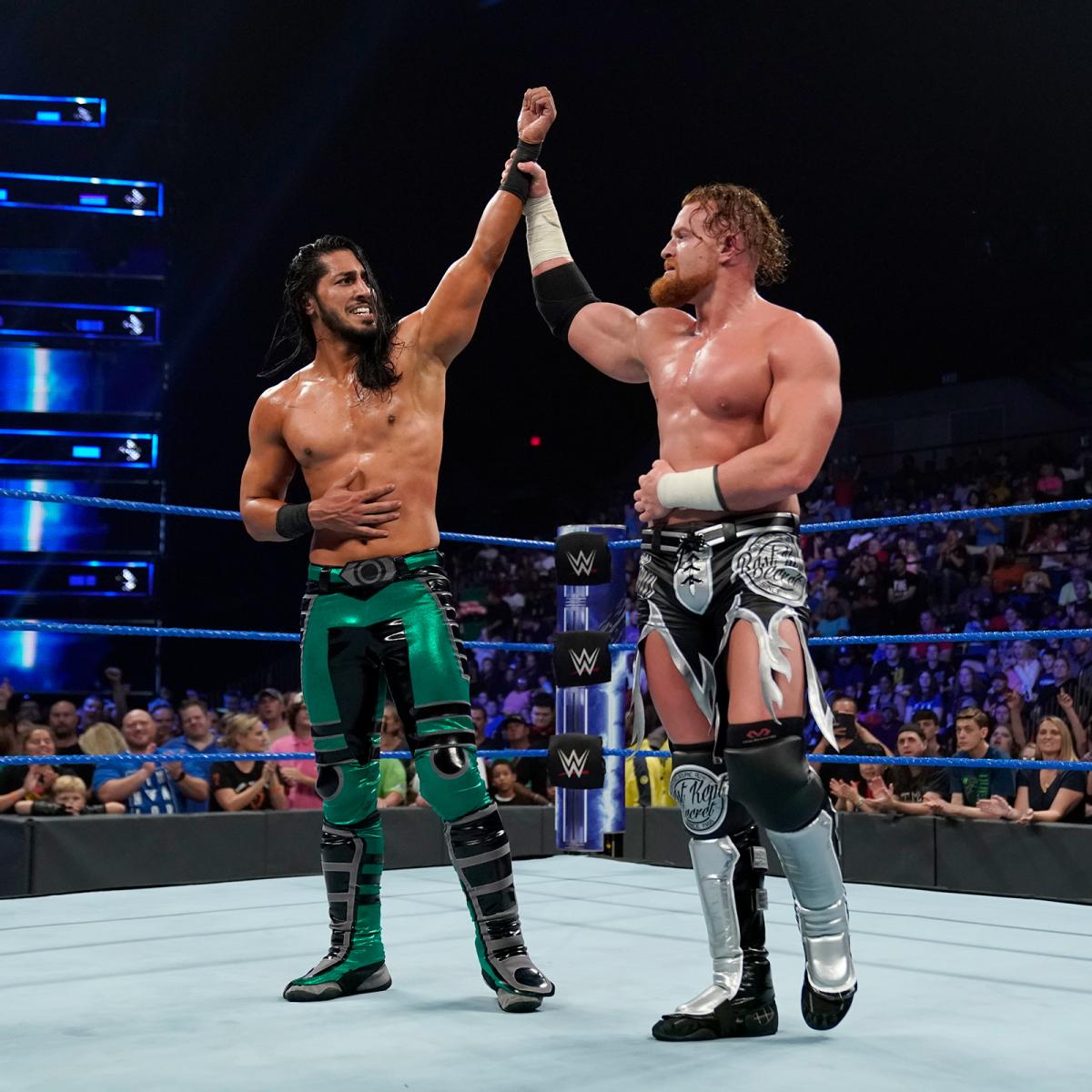 Also, liked Owens getting some revenge, without Shane in the building

Reigns was good on the mic. He’s improving week to week.

It was also nice to see serious Big E for a bit. Not entirely serious, but a little. Perhaps a glimpse at a future turn?

Overall, not a great show. The Bryan/Reigns segment wasn’t worth the main event segment, as it was just a dud reveal.

Ali and Murphy was the best the show had to offer, but went on first. I would have rather seen that or the Orton/Revival beat down of Big E close the show.