Extreme Rules was one of the better pay-per-views of the past five years, but then the WWE ruined things by making Brock Lesnar champion again.

I have done my fair share of complaining about WWE pay-per-views over the past five years, but Extreme Rules was a pleasant surprise. Opposed to being bored out of my brain, the WWE actually managed to put up an interesting pay-per-view with lots of good matches. However, the entire thing ended on a real sour note when Brock Lesnar cashed in his MITB briefcase and became Universal Champion once more.

Fan Reactions To Brock Cashing In On Extreme Rules

While you could argue that I’m a little bias when it comes to Brock Lesnar, I was not the only one who felt this way about the cash-in. Here are some of the most notable fan responses.

This PPV was doing so well!!!!

….and now Brock Lesnar is the new Universal Champion.#ExtremeRules pic.twitter.com/G9jzL7OBdg

When you thought we were done with Brock Lesnar and his part-time ass but oh no, there he is with the Universal Title again 😂😂😂 #ExtremeRules pic.twitter.com/PaSVi9xWZf

Having Brock cash in after that awesome @WWERollins and @BeckyLynchWWE victory completely ruined it. Now the title gone for a couple months. It’s such a waste. Why does @WWE keep making the same mistakes? #ExtremeRules #WWE

I could continue with disappointed fan responses, but there is not enough space in one article for all of them. If you want to read some more, head over to Twitter and check the latest under #ExtremeRules. Of course, there is always a small percentage of people who are happy that Brock Lesnar has the title, but that percentage has diminished considerably since his last title reign. Now, fans are worried the title will not be seen anytime soon.

From Extreme Rules To Summerslam? 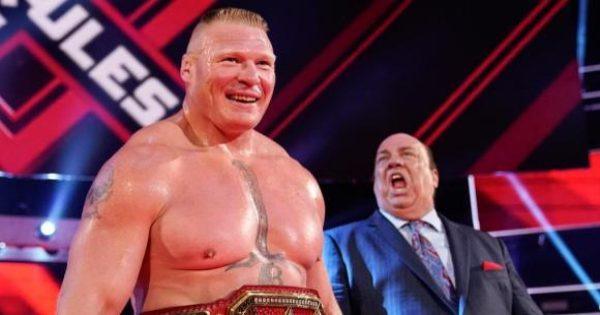 You do have to wonder how long it will take before we see the WWE Universal Championship again. Fans are already speculating we will not see the title until Summerslam. Worst case scenario, we might be stuck with Brock Lesnar as the Universal Champion until WrestleMania. The whole thing could also carry on until Survivor Series, and let’s be honest, nobody is waiting for another Brock Lesnar title reign. Remember, we barely saw the title before, so is it going to be any different this time?

Not Taking Away From An Amazing Event 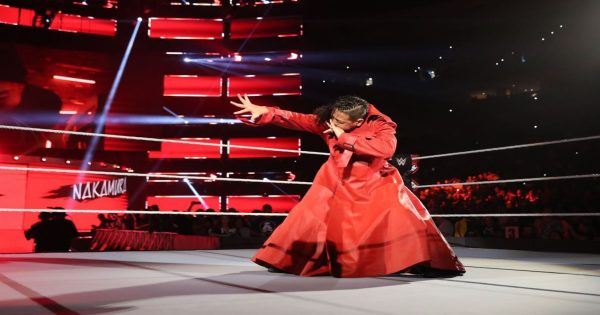 Now that the Brock Lesnar rant is out of the way, let me just congratulate the WWE on an amazing event. Extreme Rules has definitely beat the majority of pay-per-views over the past couple of months, ignoring the ending where Lesnar cashed in and became champion again. Even the match between Corbin, Seth, Becky and Lacey was great (ignoring the ending). I would love to see more of this in the weeks to come, but one does have to consider the fickle nature of the company.

When I watch WWE pay-per-views, I’m usually watching out of the corner of my eye; this time was different. If it weren’t for that ending with Brock, this pay-per-view would have received a good 7 or 8/10 from me. So, maybe there are some lessons to learn for the WWE. The event itself was good, but stop investing your time and money into a champion nobody really wants to see. No fan can understand why he is champion again, so why bother. Let him drop the title soon and continue with the amazing talent you have there. From Aleister Black and Cesaro to Ricochet, AJ Styles, and Samoa Joe, there are plenty of people to choose from. There are a bunch of people on the bench you could use too, so there is no shortage!