SmackDown In A Nutshell: A Night Full Of Chaos?

We've seen Money In The Bank come and go. We've seen a crazy and chaotic RAW produce an odd new title. How crazy will SmackDown be?

Good morning dear readers! It’s Wednesday morning and another SmackDown is in the books. Based on the events of both Money In The Bank on Sunday and the insanity that came at us from RAW, we have to wonder: Will this week’s SmackDown be a night full of chaos? Following the introduction of the 24/7 Championship last night, I’d say there is a fair to decent chance of it. Will we see new Mr. Money In The Bank, Brock Lesnar? It’s also possible, for sure. Let’s get right down to business and crack open this Nutshell! 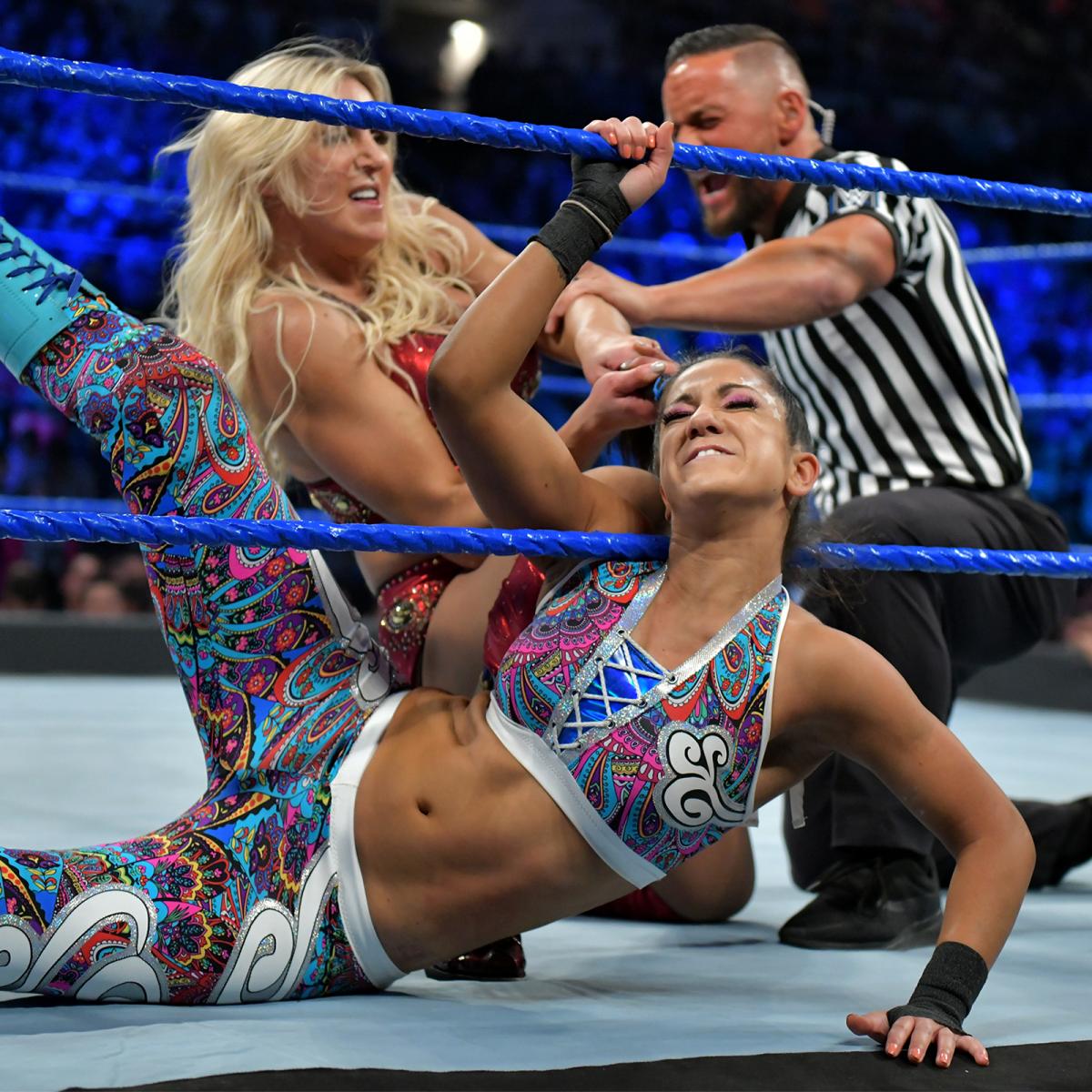 Lately, I’ll be honest, I am finding less and less worthy of this honor on either show out of RAW or SmackDown. Tonight had some good action, but I am undecided about giving it to any one match. Ali and Andrade was good-and either of them would be a better owner of a certain briefcase… I did like the entertainment that came from the women’s tag team match, and Kofi versus Sami was decent enough…though the payoff there was, of course, after the match. 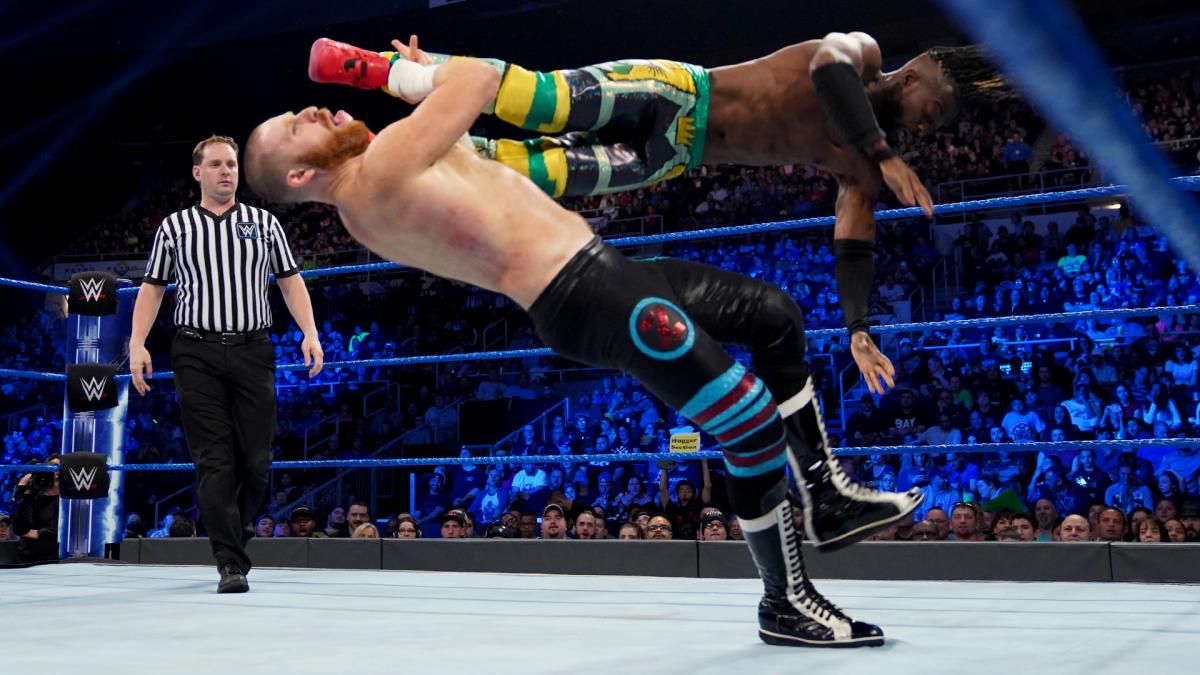 Carmella and Mandy Rose, because the match was used to set up the chase of the 24/7 title.

News flash, WWE: having a mid-card, bad idea of a belt overshadow a women’s match…is a terrible idea.

There was a New Day rocks chant, but I was not overwhelmed by this crowd tonight. I mean, I think for a hotter crowd, the Ziggler return goes over better. 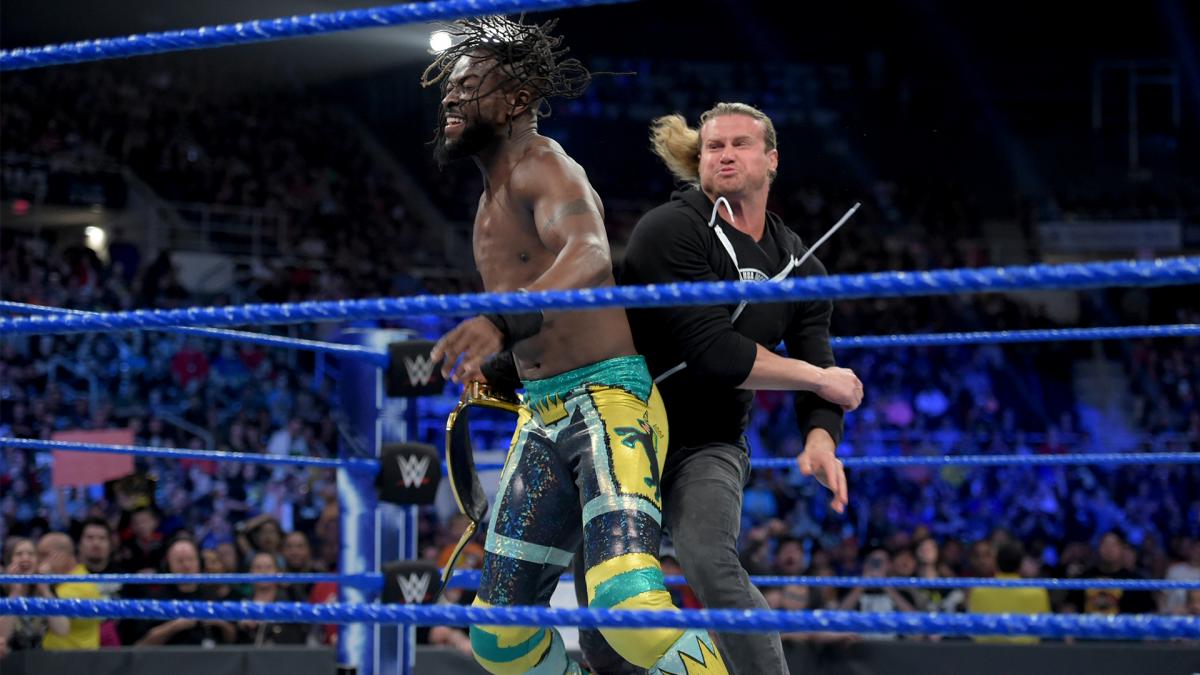 Well, I am generally intrigued by where this Dolph Ziggler return goes. I think the attack might not have gone as well as they would have liked, I think it was OK but had room for improvement. The promo a bit later was pretty solid though, and while it seemed odd in terms of timing and placement, getting the statement out there worked well.

In general, the Ziggler return. 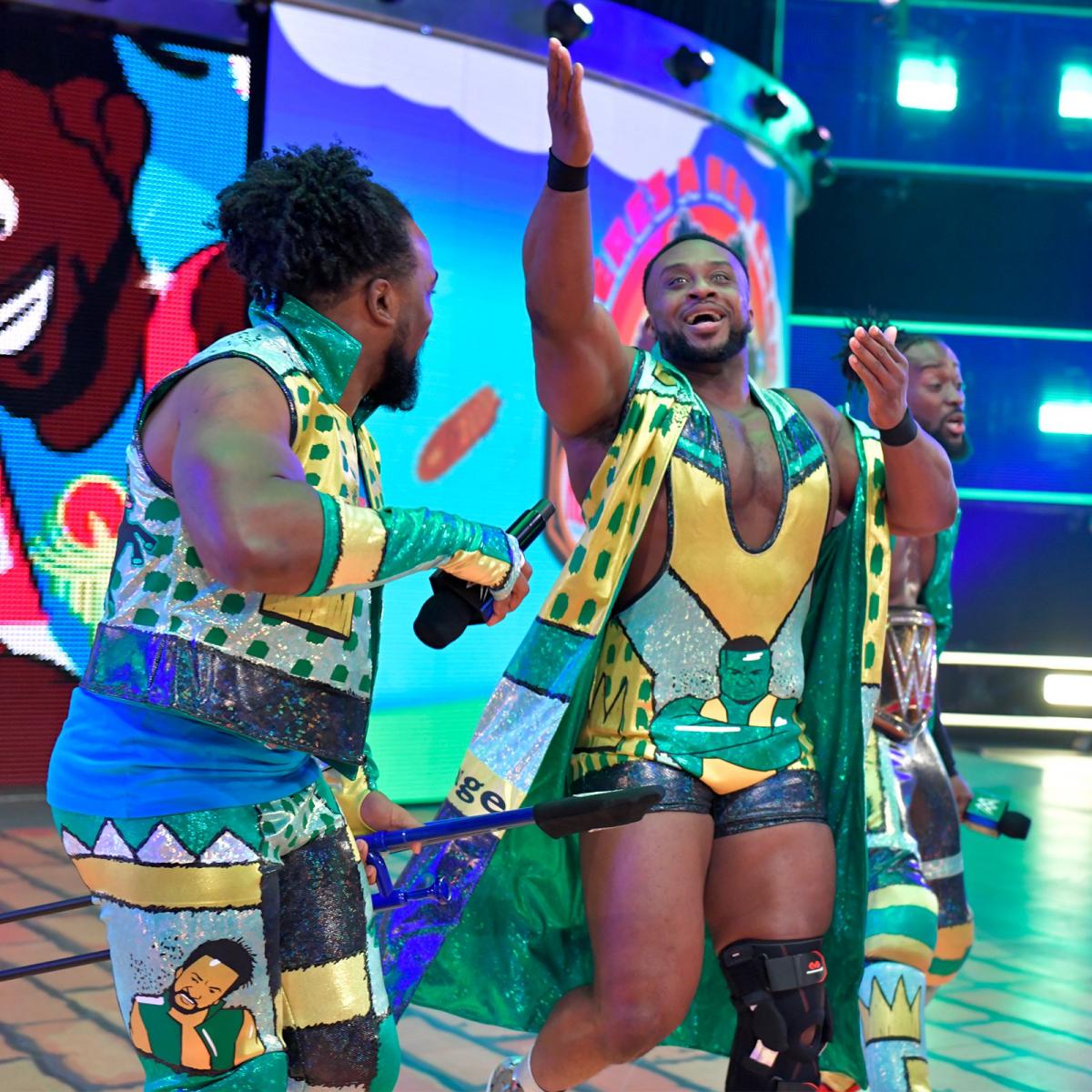 New Day. Seriously, Big E took a thumping and then Kofi gets a beating? It was a rough night, certainly challenging the Power of Positivity. 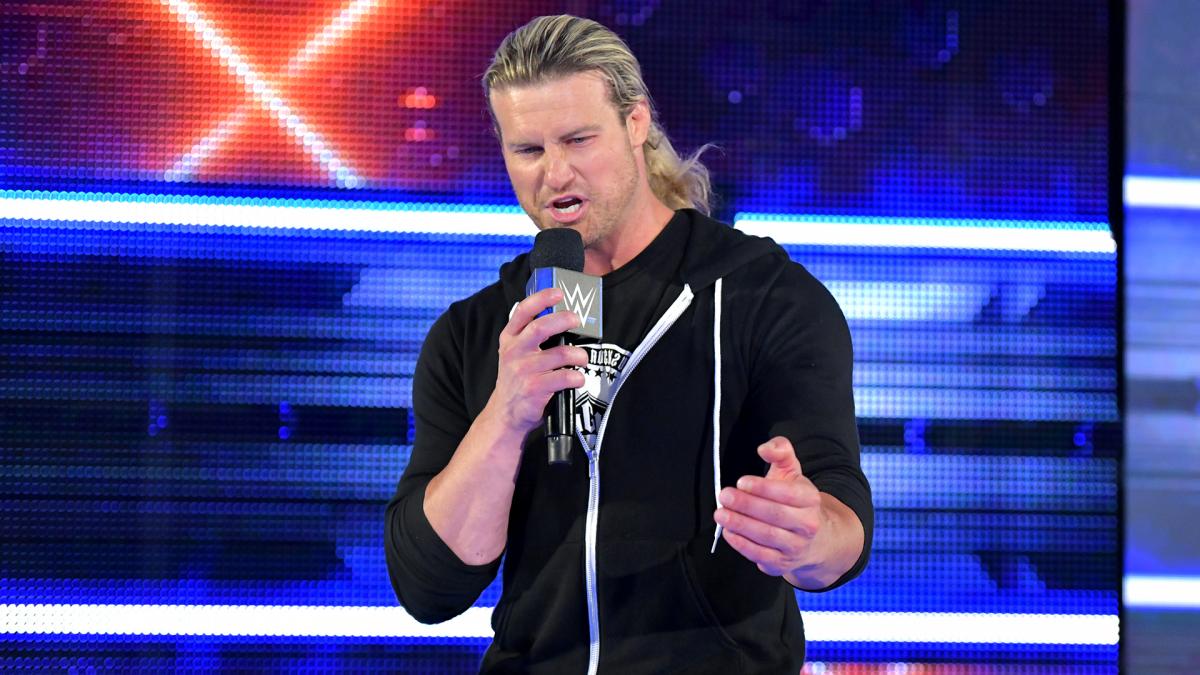 Well, if you caught the promo, Dolph was certainly upset during it.

We have not seen Dolph Ziggler in months, right? Well, that absence ended in a major way tonight. With Paul Heyman on the ramp, implying a cash in could happen tonight-and thus, distracting Kofi Kingston-Dolph Ziggler came in through the crowd and destroyed the World Champion. 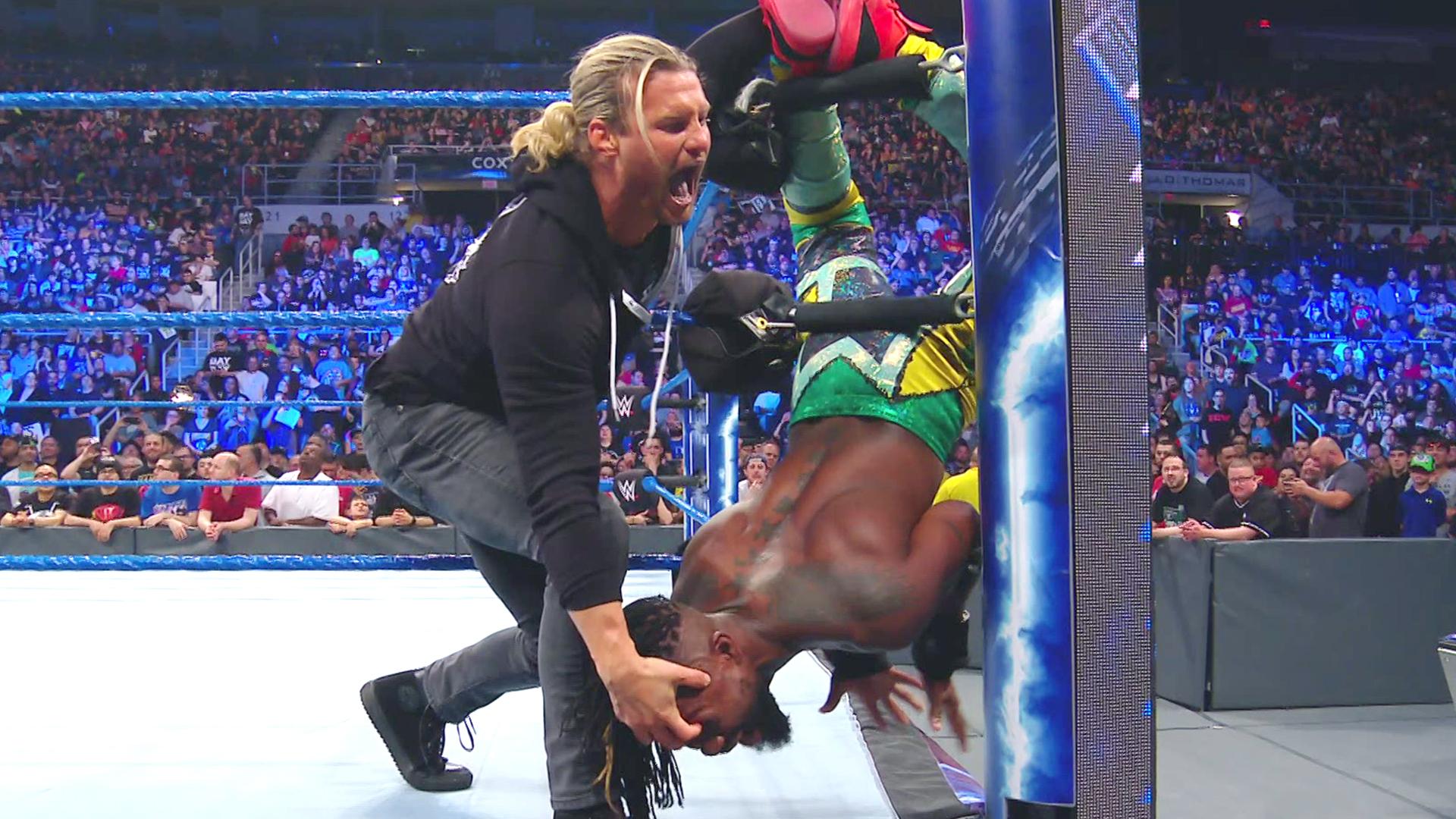 On one hand, this could be a fresh feud that could result in Ziggler finally getting back on top.

On the other hand, maybe it just didn’t come through over the broadcast, but  it didn’t seem like Ziggler coming back got much of a pop, the heat on him for his attack seemed so-so, and the fans who helped KofiMania possible, seemingly only mustered a half-hearted “New Day rocks” cheer to encourage the downed champion. 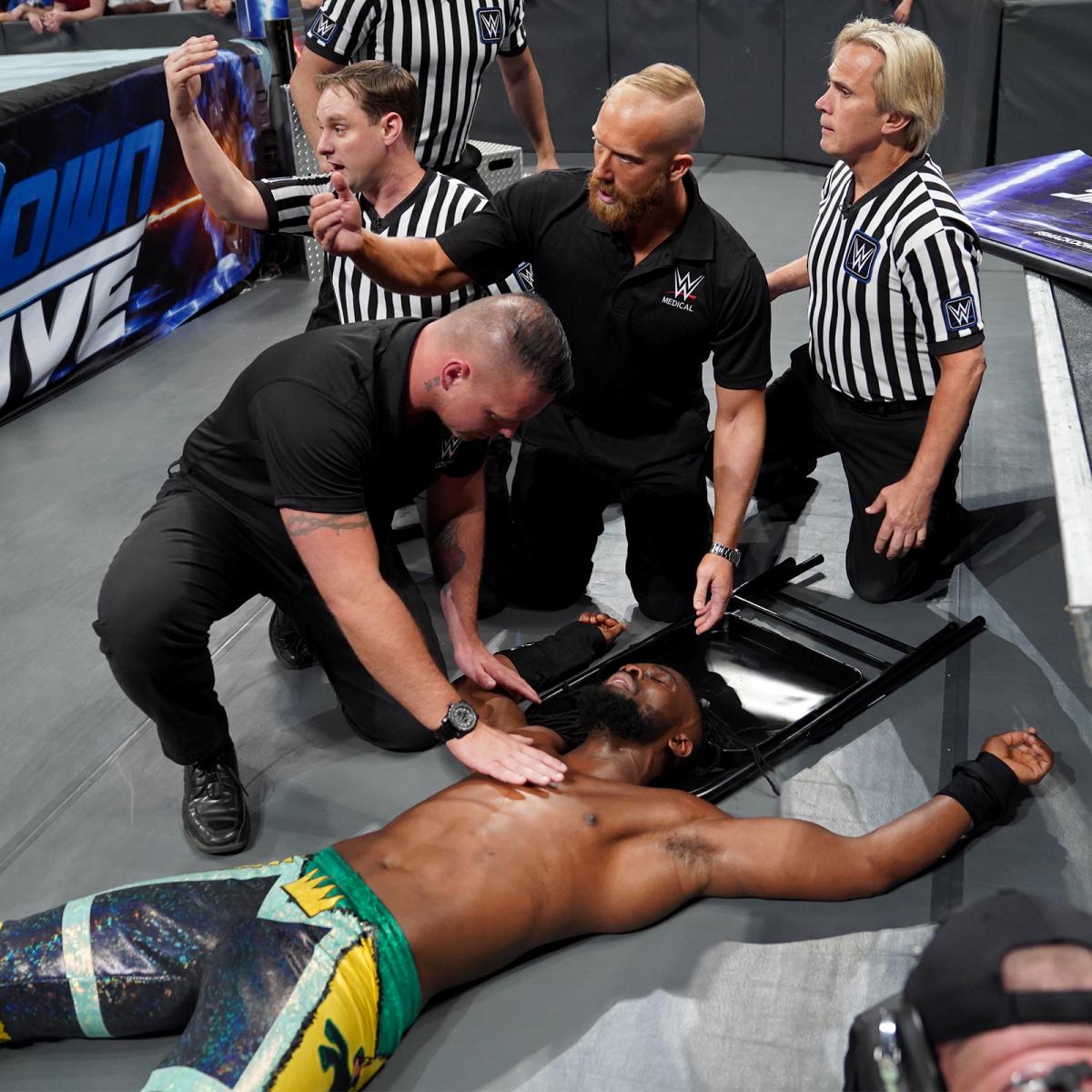 I mean, sure, it’s a snap reaction…but this didn’t seem to work all that well, or at least, it didn’t come through on TV all that well.

Now, the reactions improved when Ziggler came out later to explain his actions…but it was not a great improvement, nor was it hard to improve by that much. 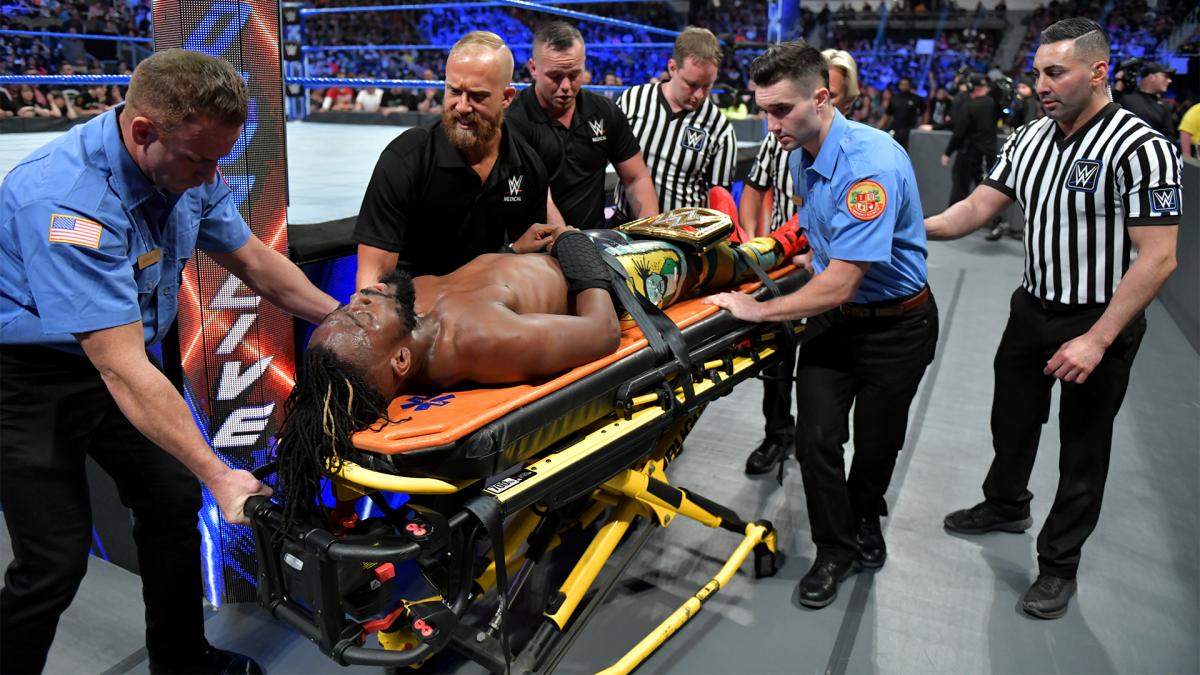 Can I give this to the officials? I mean, you have a Superstar who was selling a savage beating, being stretchered out, and instead of just carrying the title belt out for him, they made sure to place it on him and all that. Like, the guy is trying to sell injury (though not for long)…the last thing he’d worry about, if really injured, is his belt.

I get it, it’s all an angle and all that…but selling matters. 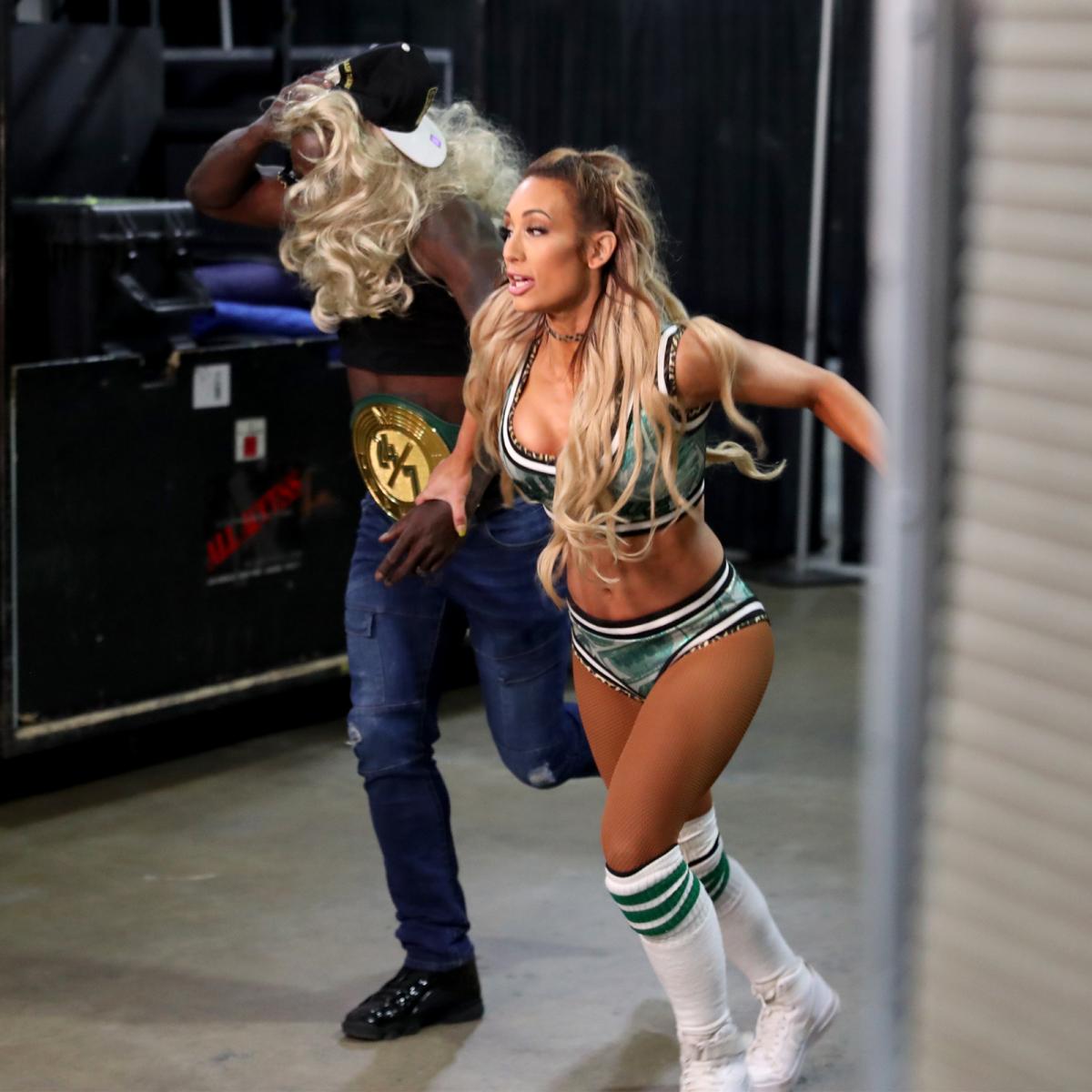 As much as I think the 24/7 belt was not needed, and overall is a bad idea, it did at least provide some humor tonight. R-Truth being himself, dressing in disguise to try and not be noticed, so as to avoid defending and losing the belt…was at least a source of some entertainment. 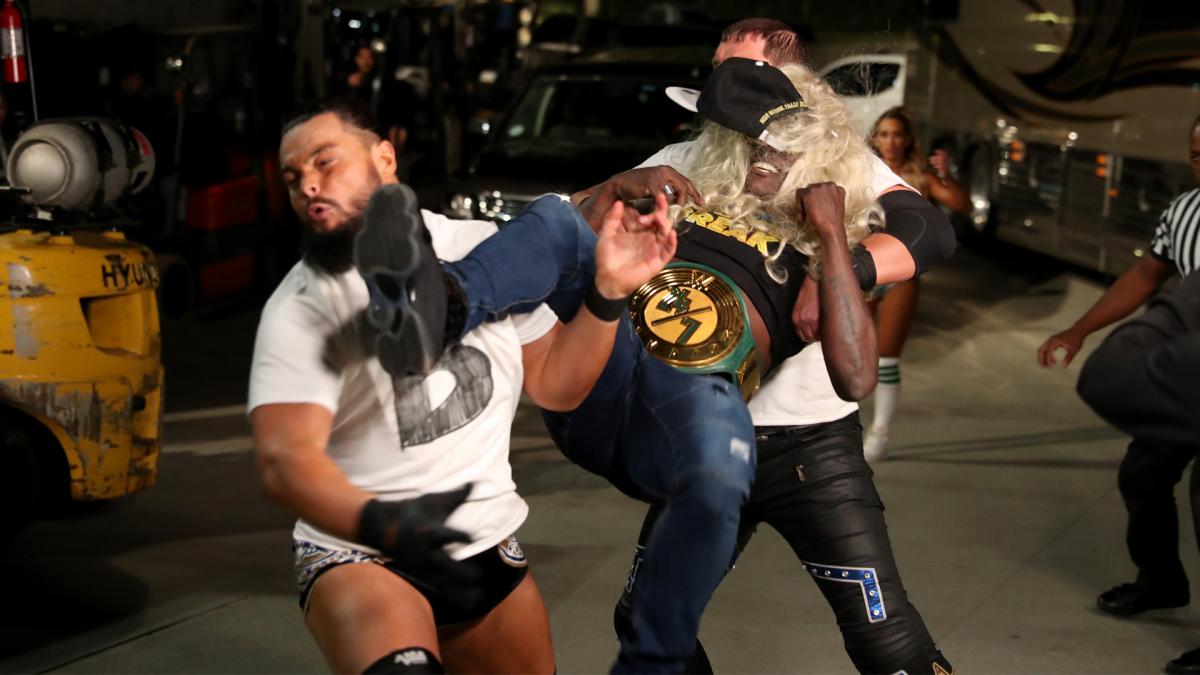 I already covered the big one…

Becky and Bayley teamed up, and Becky is not going to get over her loss of the blue belt. 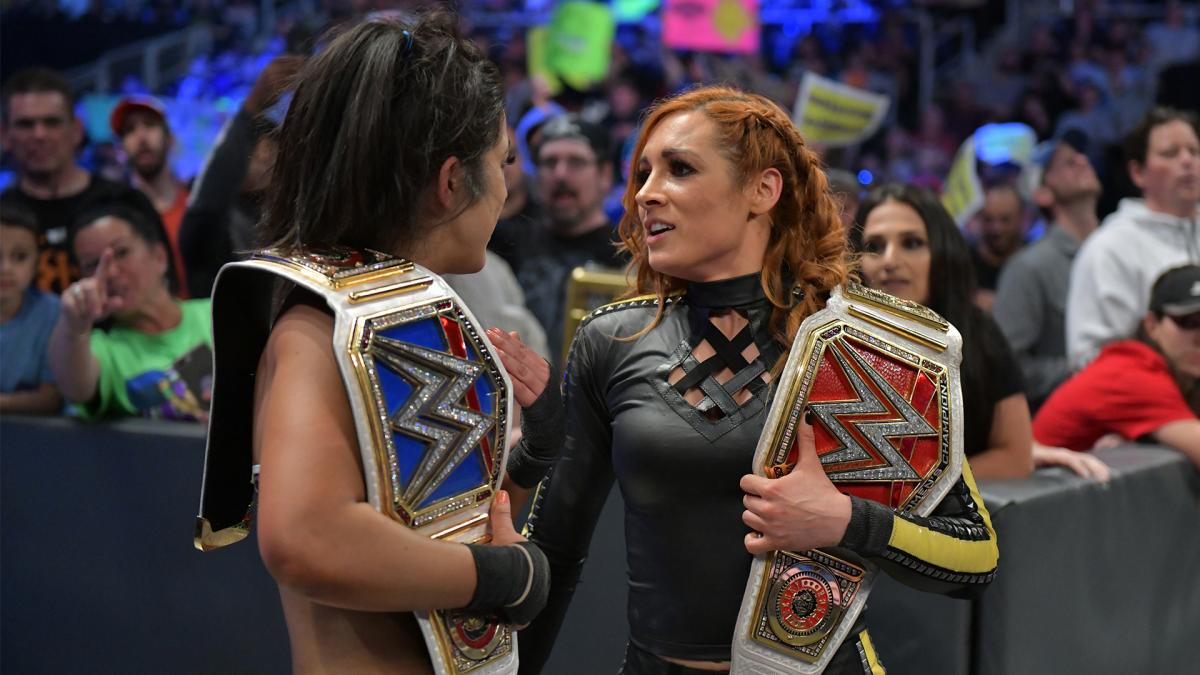 The 24/7 title continues to make things chaotic and not really in a good way. Though, R-Truth did make it through the whole show as champ, so that’s impressive..I think.

Can I continue to dump on the 24/7 belt? I think so. Belt is ugly, the concept is lame, and no one, at least no fans, were asking for yet another title when WWE already has too many. That was the big bit of low here.

It was a bummer that the reaction to Ziggler’s return wasn’t as hot as I’d bet WWE hoped for.

If I ignore the crowd bits, I was enjoying the Ziggler return. Gets us past Sami and Kevin, puts Daniel Bryan on ice and gives us a new program. Sign me up.

Becky and Bayley were good

Ali and Andrade was a good match too.

The chaos of what the 24/7 belt brings to the shows is something it was not missing, does not need, and should not put up with for much longer. I am sure there are some people who love it, but you are not going to convince me there’s an upside to it. The existing belts don’t always get defended enough…we have an absentee champ in waiting (Brock and his briefcase). Another belt was not the cure WWE needed.

If they insisted on bringing in a new belt…re-introduce the old WCW Television Title. 15 minute time limit, defended every week, in the ring. That could have been better than the hot mess we are enduring now.