John Lineker’s Not Happy With The UFC, Demands Fight or Release

Now that John Lineker's last opponent, Cory Sandhagen already has his next bout, "Hands of Stone" has demanded a fight, ASAP.

John Lineker may have fought Cory Sandhagen justs last month, but following news that the latter has already been booked for his next bout, “Hands of Stone” has gone off on the UFC. 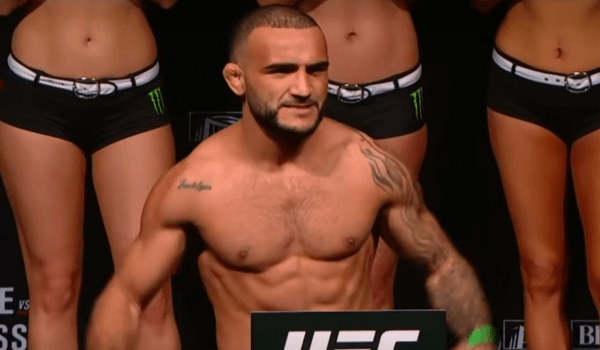 Lineker faced the rising bantamweight at UFC FN 150 on April 27th, and lost by split decision. More recently, it was announced that Sandhagen is going to face longtime contender, Raphael Assuncao at UFC 241, August 17th.

Well, that news prompted the following tweet from Lineker:

My last opponent fought 4 times in a year. He already has another fight! Sean likes him! I have fought only 4 times since 2016! I need to fight! If you dont like me or my style just let me go!!! @MMAjunkie @seanshelby @danawhite @Alexdavismma @ufc @MMAFighting @sherdogdotcom

And, while speaking to MMA Junkie in a follow-up report, the Brazilian fighter was quoted saying this (via translator, his manager Alex Davis):

“I’ve fought four times since 2016,” Lineker said. “I have five kids. I need to pay my bills. I cannot survive like this.”

“I don’t know if it’s something personal against me,” he said. “If it is, just tell me and let me go, because I have to fight. I have to move on. It’s my career. It’s my life. I can’t be stuck this way.”

Now, no one would, or should argue that fans don’t want to see Lineker compete. The veteran always comes forward, he has a granite chin, and he hits like a truck. That usually makes for entertaining, edge-of-your set kind of fights.

So, you wouldn’t think Lineker’s style has anything to do with not getting booked for more fights. The 28-year-old has had some injuries, and previously there were issues with his weight while he was competing at flyweight. You also have to wonder if the UFC’s had difficulties finding opponents for Lineker, considering how dangerous he is.

All this aside, hopefully, the UFC finds a fight for him soon.