SmackDown In A Nutshell: Will KofiMania Live Or Die?

We have two shows left, and no match made for either Daniel Bryan or Kofi Kingston, much less a match between the two. Does KofiMania live?

Happy Wednesday to everyone! With just 12 days to go before WrestleMania (actually, 11 by the time you all read this), there’s a lot left to do, and not so much time left to do it in. After last week, the major question seems to be: will KofiMania live or die? Surely we will find out more tonight…because, with just four hours of blue brand programming left (counting from the 8pm opening on Tuesday), there’s not much time left to pivot to another World Championship program. There’s a lot to get to, so lets crack open this Nutshell and see what happens!

The gauntlet match though, I think that one wins this hands down.

Not worst…but just a bummer…disappointing that we don’t get AJ Styles versus Kurt Angle. Orton interrupted, obviously to further their WrestleMania program.

Though, the way things went at the end…you do wonder…would WWE change things up and merge two expected matches (Orton/Styles and Corbin/Angle) into a tag match? We’ve heard WWE was considering changing the Angle match based on flak over Corbin as his last opponent, and one rumor was a tag team match…so stranger things have happened.

Well, see, Charlotte and Kofi would be the obvious ones. So too, New Day.

Why? Well, sure, it’s all scripted, but for two consecutive SmackDowns I was waiting for a person, or tonight, a team, to basically lay down in support of Kofi. And tonight, Jimmy and Jey were booked to do just that. Minor and scripted? Perhaps…but I still loved it.

Lots of great action, but I can’t pick a single spot over the rest.

I’d have to go with the easy ones-the fake security who got beaten up by The Miz. They can be joined by one of the Colons, Shelton Benjamin and Sanity. At least Sanity got in some offense, I guess.

I think this one is an easy one. For weeks-if not months-plenty were wondering who Asuka would defend the SmackDown Women’s Championship against when WrestleMania hits New Jersey. On the next to last show before ‘Mania, we have a different twist on that question. 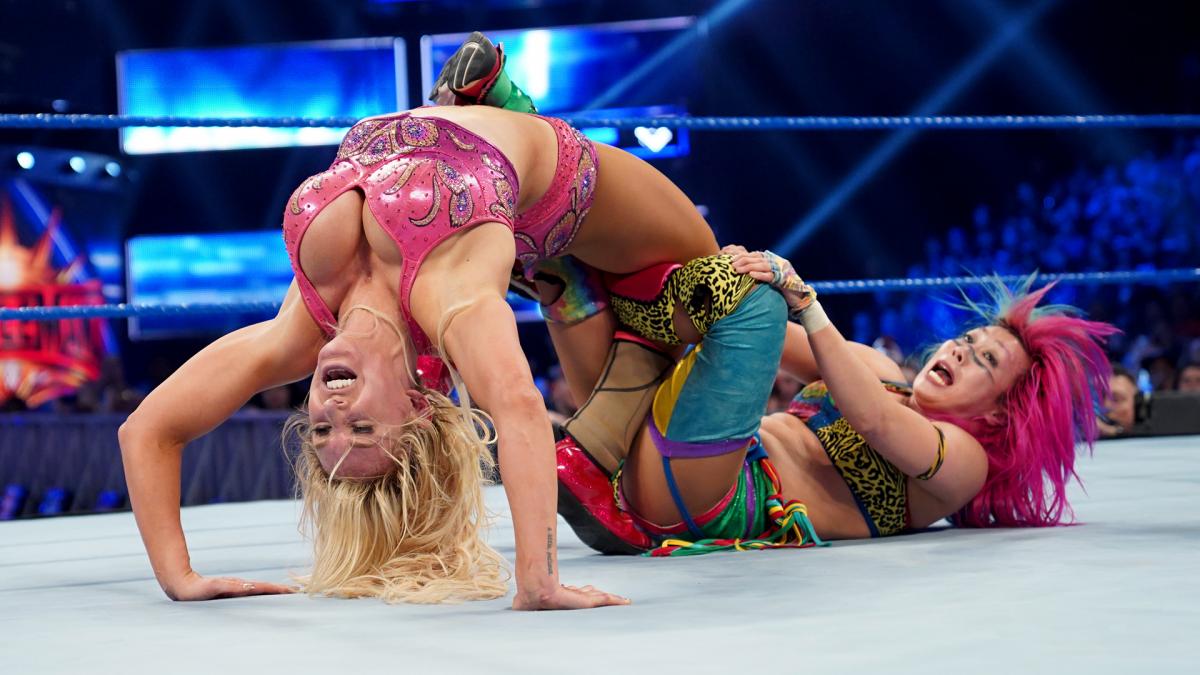 It will be very interesting to see what happens next. Will Flair defend one belt and challenge for another at MetLife Stadium? Will Flair drop the title between now and WrestleMania? 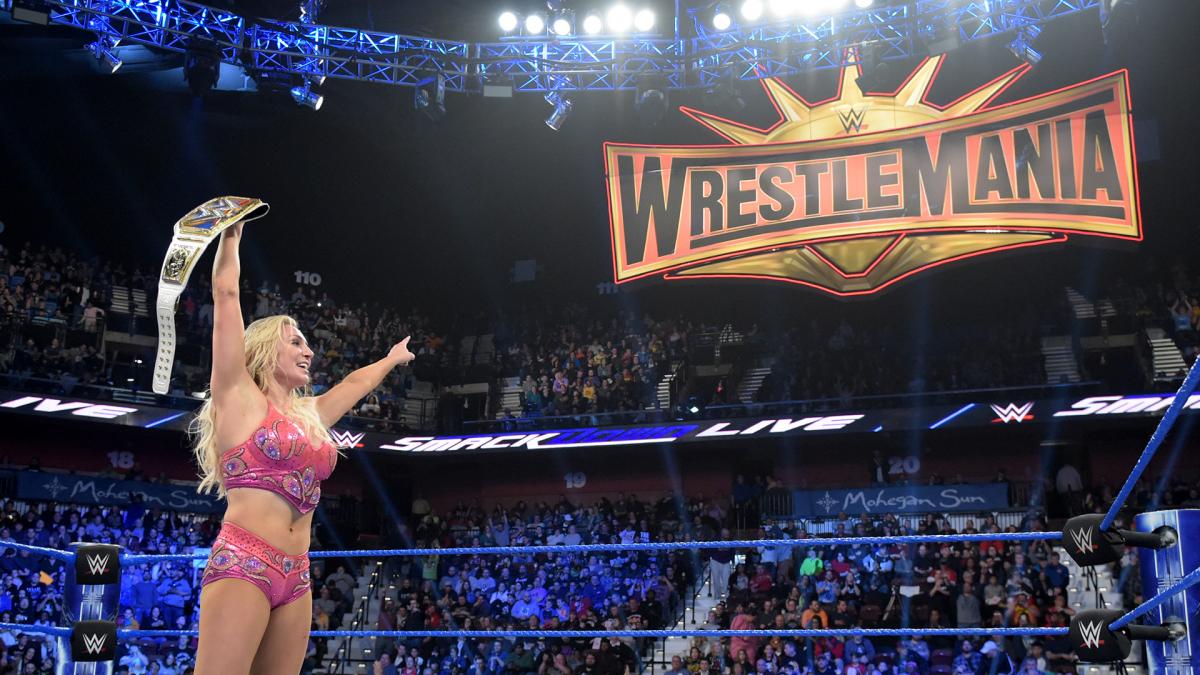 I will offer a funny honorable mention-The Good Brothers, despite rumors of being kept OFF television, were used in the tag team gauntlet match. Of course, they lost in like two minutes…so…barely on television.

Worth mentioning, I was caught off-guard by the Uso decision, though once they had the mics, I suspected they would do something like that.

And is it just me, or did it feel like something else could still happen with Kofi and his ‘Mania match? Like the ending, considering all the build and all the obstacles…felt anti-climactic. 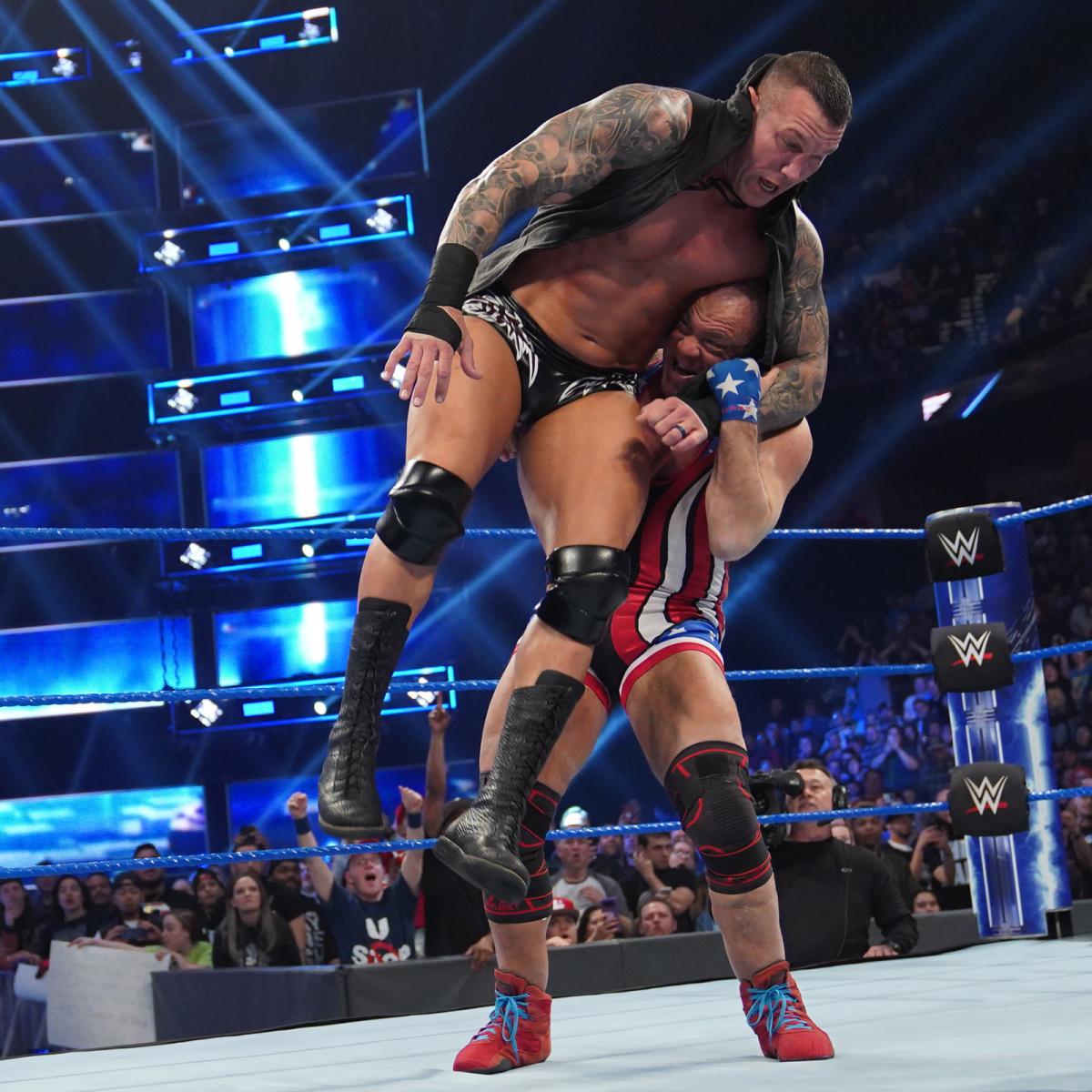 Angle delivered an Angle Slam to Orton, but it sure didn’t look like it went off without a hitch. Honestly, the way it went, looked like Orton was slipping off and landed almost on top of Angle (and the stills support that botch, though he might have aborted to avoid AJ…). Actually had me thinking that they booked Orton to slip out and turn the Angle Slam into an RKO, which would have been interesting… 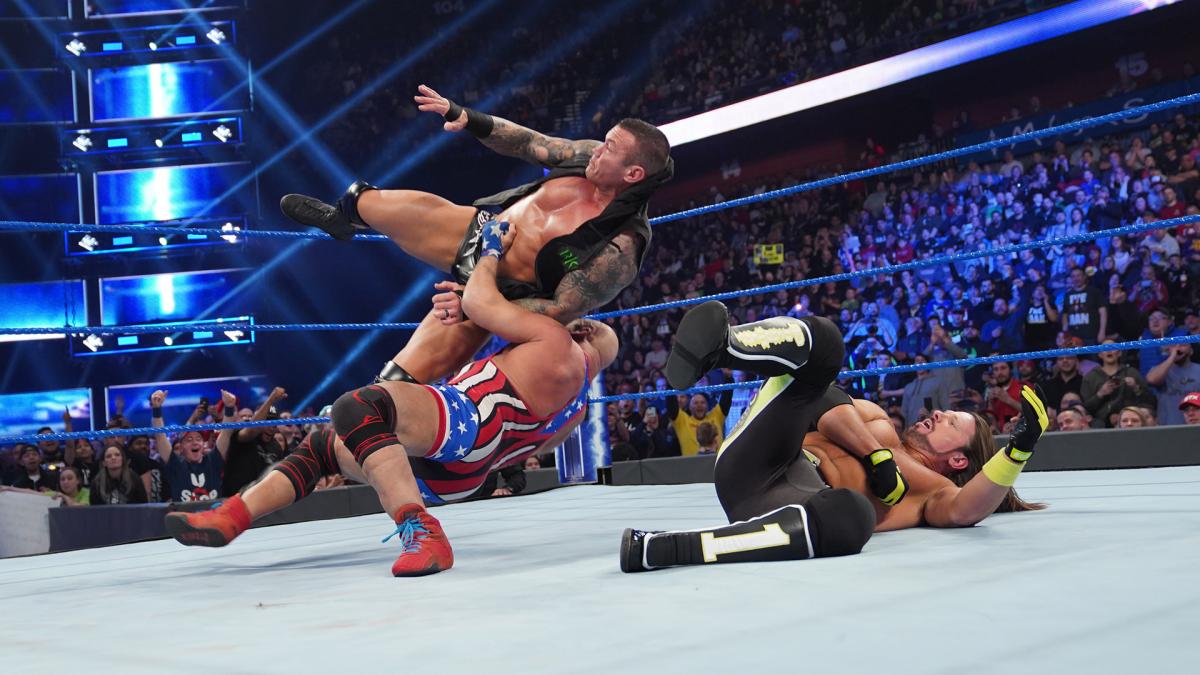 Not on the show, but the Roode/Gable Snickers commercial is funny.

Loved seeing Charlotte’s exit interrupted by Angle’s entrance. She did not look happy.

A new champion, twelve days out from WrestleMania? I will have to check the history books, but off the top of my head, I don’t think it’s happened before, or at least not recently, right? Especially considering the woman who won the belt…ALREADY was in the main event. Sure, plenty can still happen between now and New Jersey, but as it stands, things got a whole lot more interesting.

And, barring something happening, it sure looks like Kofi Kingston is going to have a World Championship match at WrestleMania.

My main gripe is missing out on what could have been a decent match between Angle and Styles, but for obvious reasons, we did not get it. Time is one factor, for sure. Furthering Styles’ WrestleMania program with Orton also makes sense too, so I get why they did what they did.

The sportsmanship and respect before Angle and Styles…love seeing that. 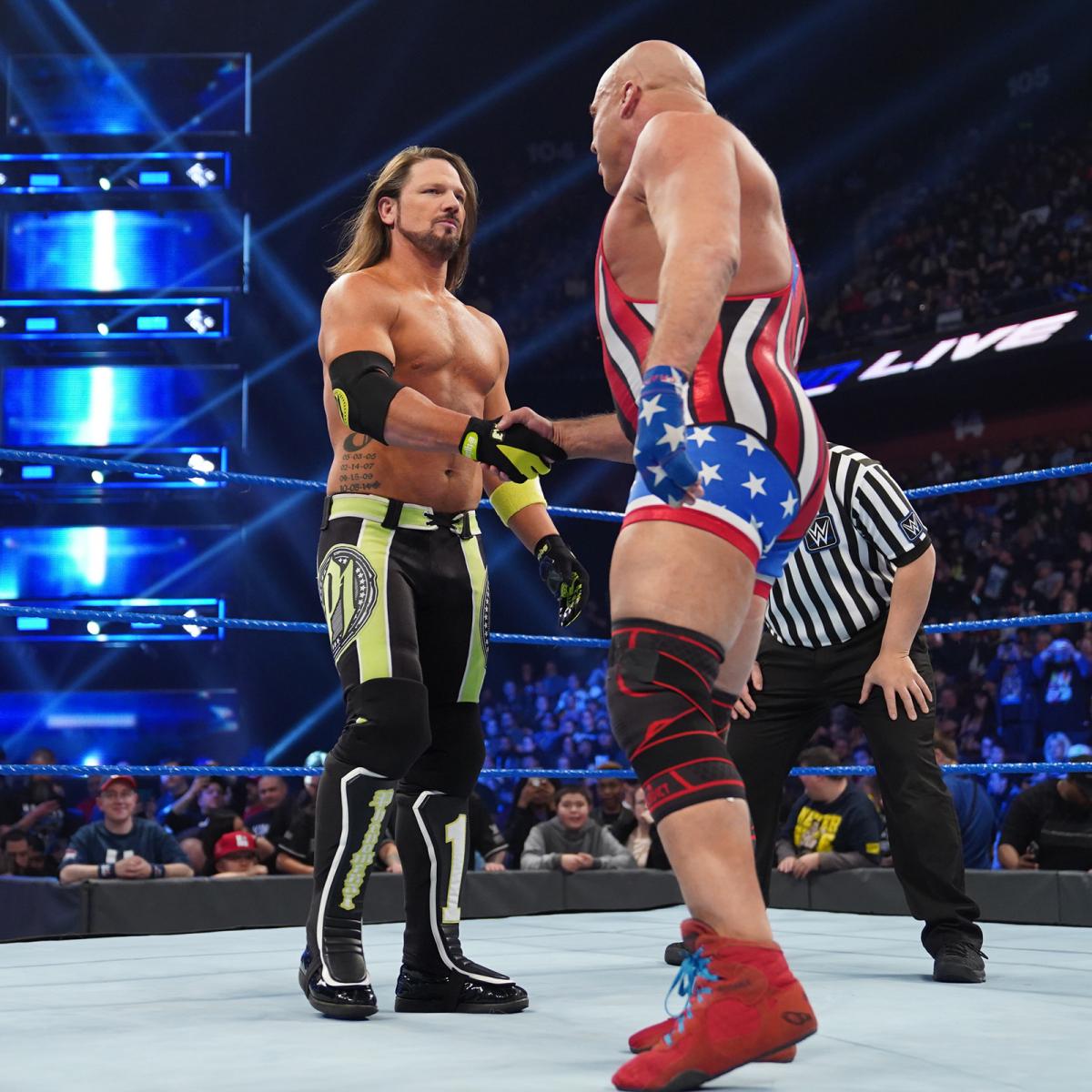 The gauntlet match was enjoyable.

Loved what Jimmy and Jey did.

Well, it would seem KofiMania lives, and we will see it run wild in MetLife Stadium. Still waiting for McMahon to try and swerve us one more time, but so far…it’s still happening, right?

Next week and the go-home show is going to be very interesting.