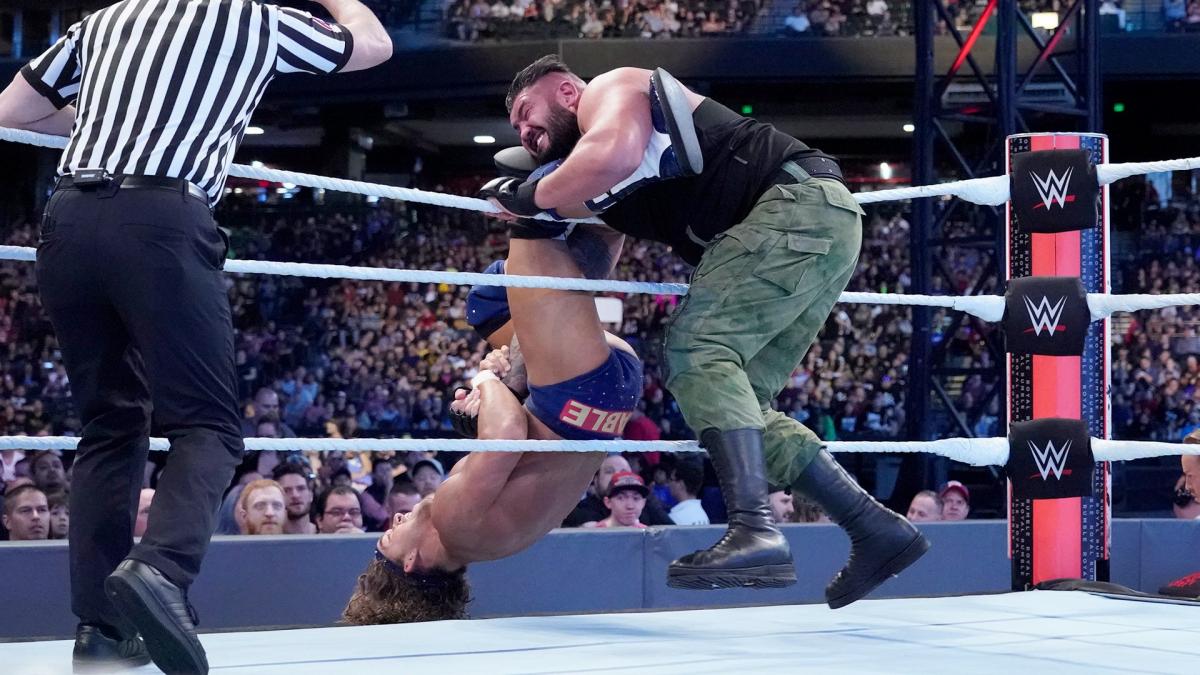 Because WWE cares so much about the tag division, they decided to add a last minute match. For a reason that will be explained later, Rezar teamed with Scott Dawson. Considering how the pay per view went so late, this should have been replaced with a main card match. Nothing major happened as the champions won due to communication problems between Rezar & Dawson. Grade: C 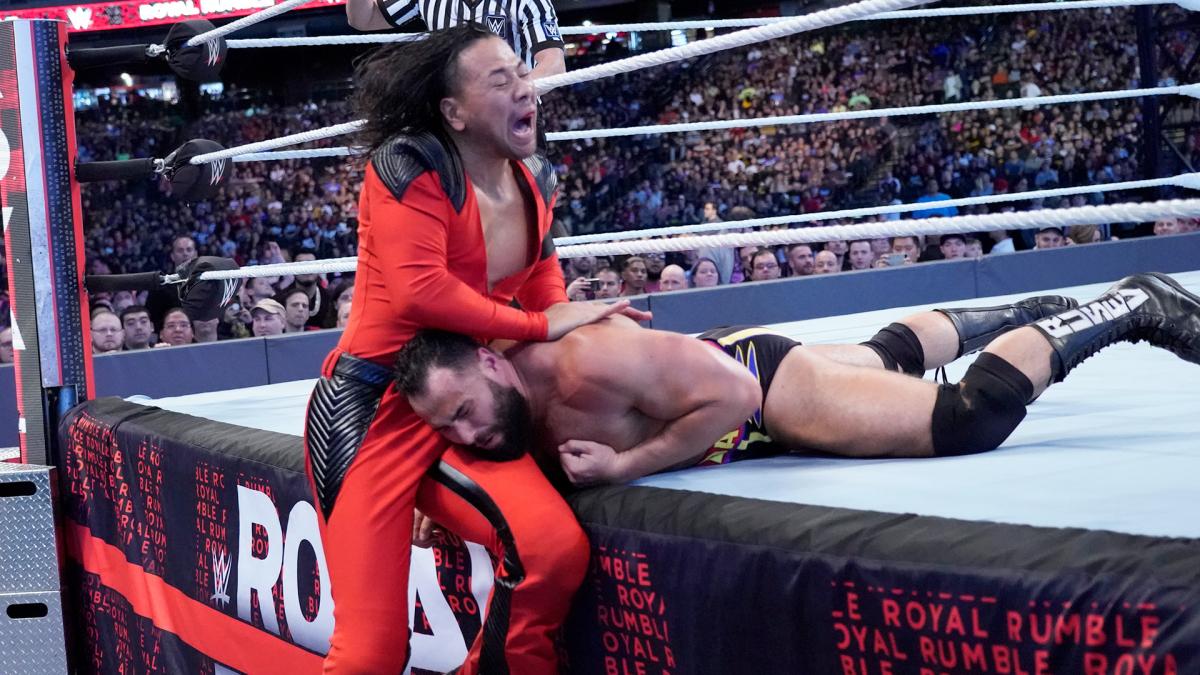 Rusev Day is over as Shinsuke Nakamura regained the United States Championship. The biggest story from the match is Lana getting involved and inadvertently costing Rusev the title. Since there does not seem to be any plans for Rusev or Lana, splitting them up right now makes no sense. The match was better than I imagined, but this still belonged on an episode of SmackDown. Grade: B- 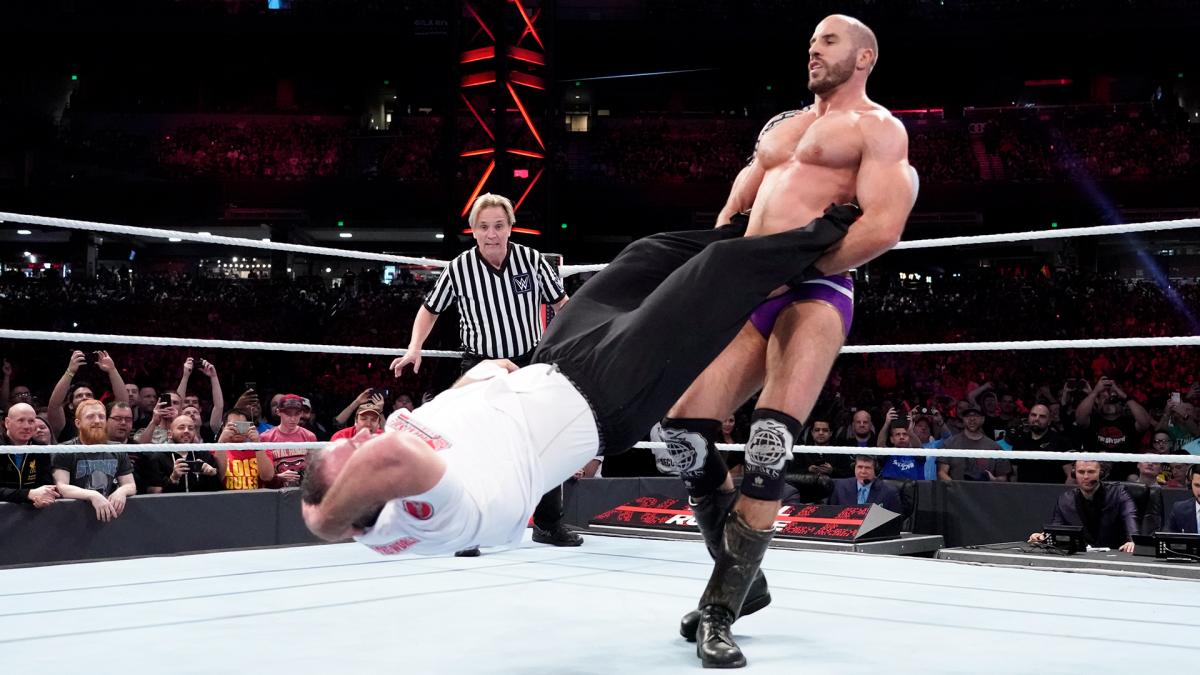 The makeshift team of The Miz & Shane McMahon are now SmackDown Tag Team Champions. For two guys that have nothing in common, they make for an entertaining duo. The Miz saved Shane, who went for his typical moves. The shooting star press from Shane was a great spot, especially because he hasn’t hit that move in almost two years. Very curious where WWE takes this angle. Grade: B 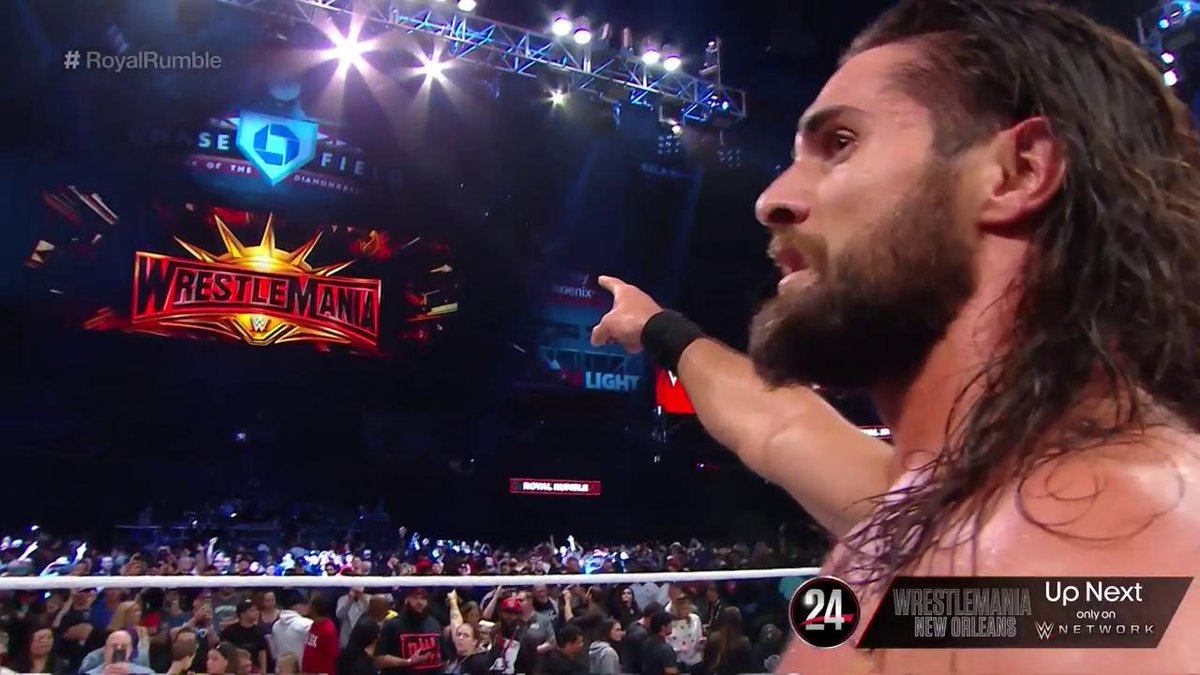 I must admit, the match didn’t start to almost 11 PM EST and the first two entrants deciding to sing seemed like a bit much considering how late it was. The Men’s Rumble felt like it moved much quicker than the Female Rumble. There were some entertaining spots, but questionable entrants like Curt Hawkins and No Way Jose didn’t help. Not my favorite Rumble Match, but WWE has a tendency to really blow this one. The match wasn’t bad and hopefully Seth Rollins winning means that Brock Lesnar’s time as Universal Champion is coming to an end. Grade: B 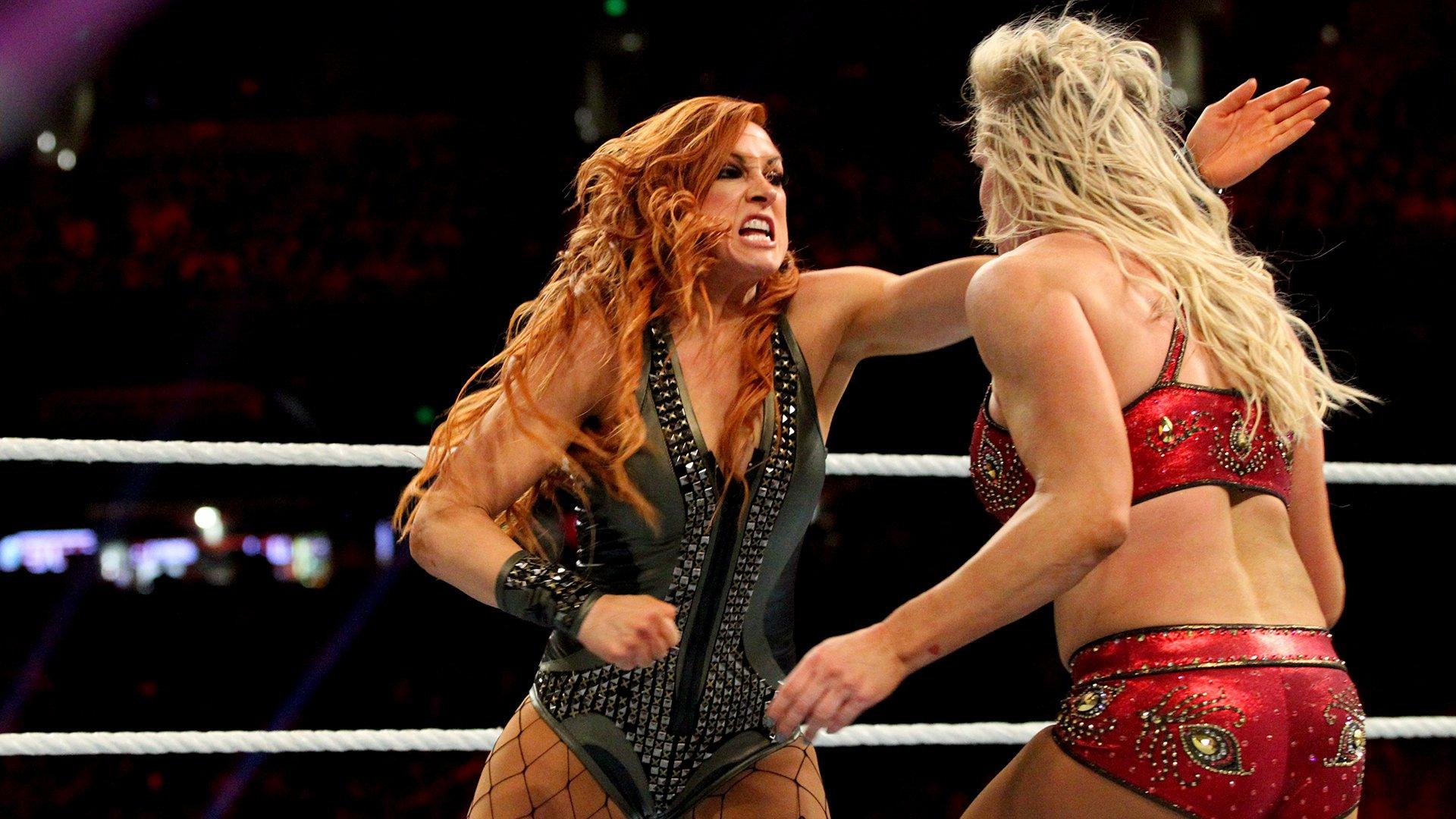 Unlike the previous Women’s Rumble Match, this one focused on the current roster and some names from NXT. There were no superstars from the past, which shows how much the division has evolved in 12 months. Once Lana could not get in the ring and Becky Lynch came out, you knew the match would come down to her and Charlotte Flair. A huge pop for Lynch and she deserved to win. Considering the way Lynch won, it shouldn’t be difficult to insert Charlotte into the WrestleMania 35 title match. Grade: B+ 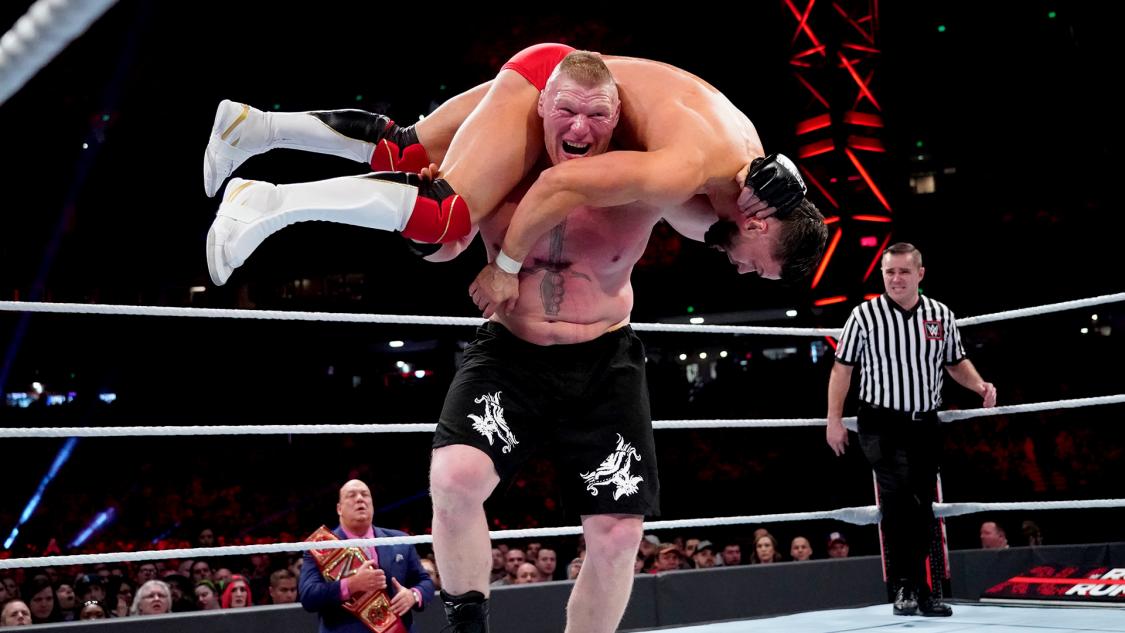 An interesting statistic heading into the Universal Championship match was that Finn Balor had never lost a singles match on pay per view. That steak ended, but not without a fight. Despite Brock Lesnar being larger than Balor in every possible way, the challenger put up a good fight. I never thought Balor would win, yet the crowd seemed to believe that the underdog could do it. At least we can cross Balor off the list of superstars that should challenge Lesnar for the belt. Grade: B+ 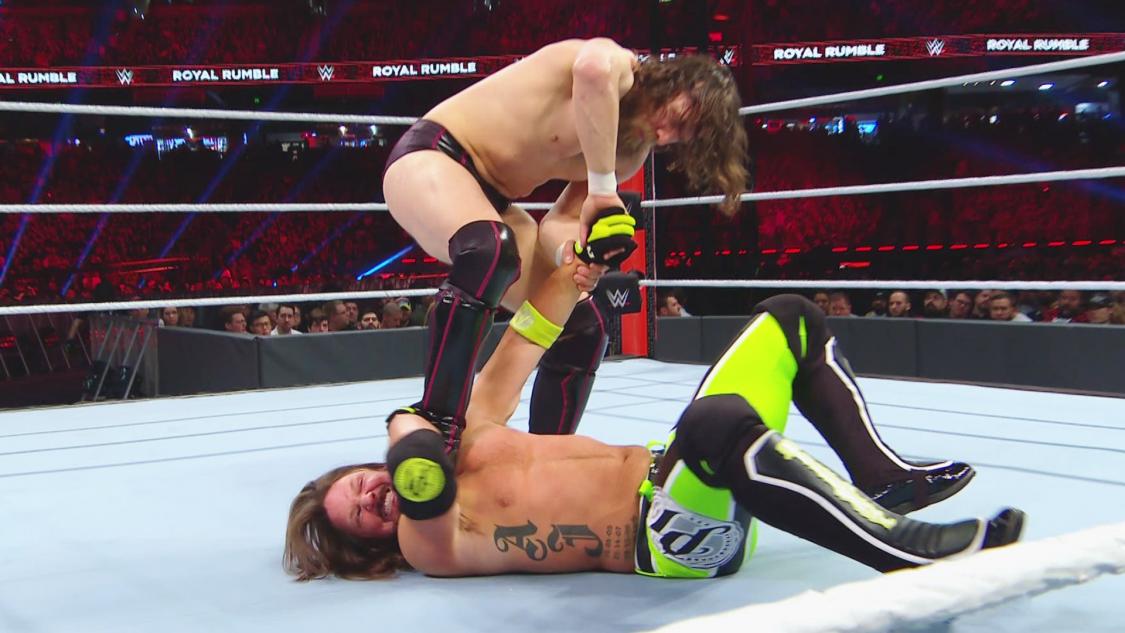 Overall, the match was entertaining but the live crowd was silent. I have to imagine they were exhausted from the Women’s Rumble Match and realizing they still had the second half of the card to sit through. The ending was so strange as Rowan came out of left field. The only thing Daniel Bryan and Rowan have in common are their beards. After everything between Styles and Bryan, I want them to move on; but, it seems like a sour note to end the feud in such a strange way. Grade: B+ 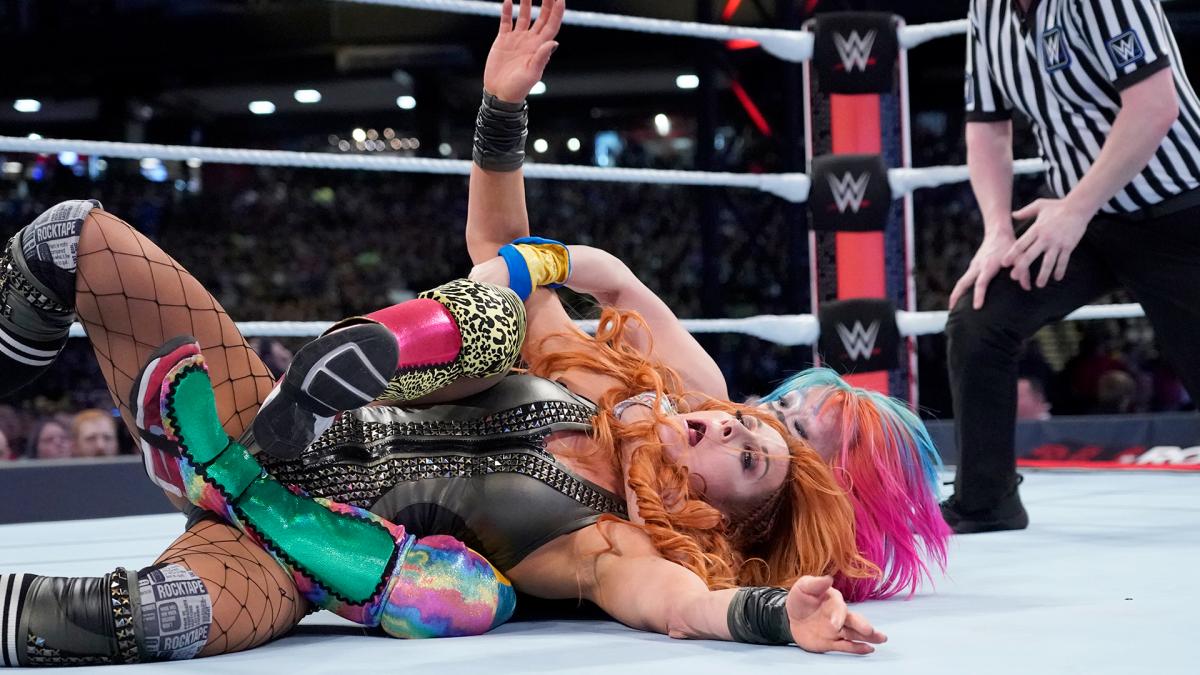 When I saw this open the card, Asuka seemed like the safe bet as Becky Lynch could always (and did) find a away to enter the Women’s Rumble. A really entertaining match that saw two submission specialist pull out all the tricks. Asuka winning helps the title reign as people questioned her capturing the belt at TLC due to Ronda Rousey getting involved. If I could change anything, maybe have Lynch pass out from the submission and not tap. Not tapping would have helped Lynch’s case that she is not a quitter. Grade: A- 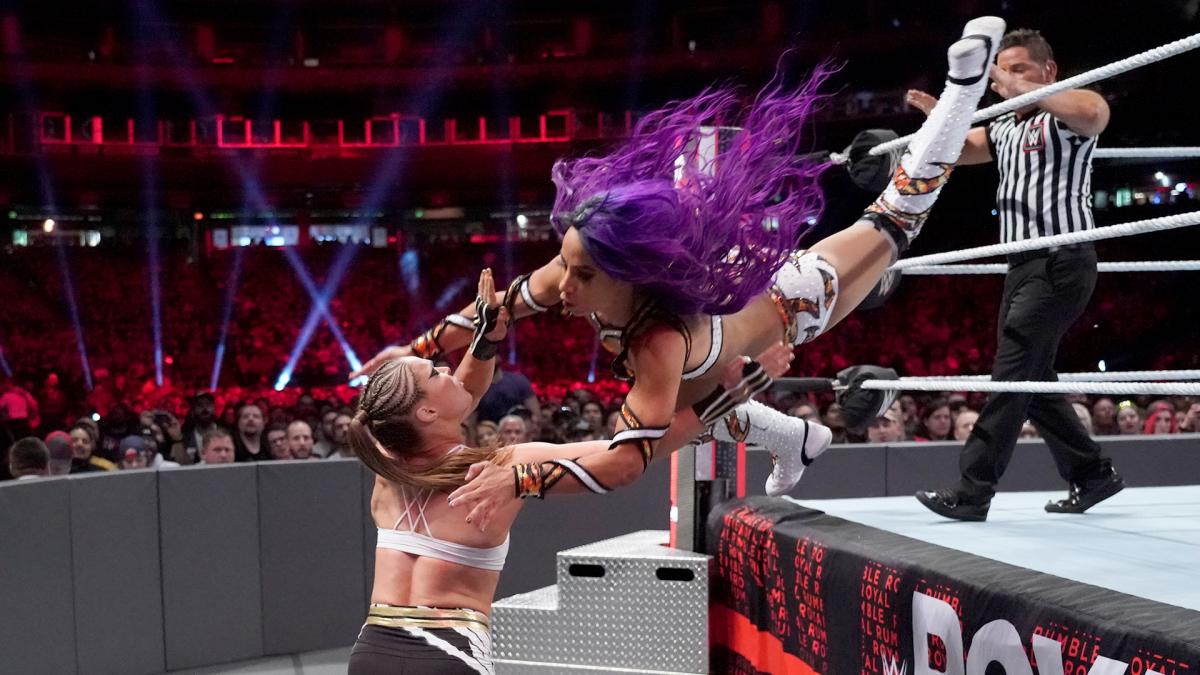 There have been rumors that Ronda Rousey will exit WWE in the coming months to focus on starting a family. It seems like the crowd also heard that news since the RAW Women’s Champion got a mixed reaction. Sash Banks gave Rousey possibly her best match in WWE and seeds were planted for a possible Four Horsewomen match somewhere down the line. I was glad that Rousey didn’t steamroll through Banks as she earned the win. It was even more surprising that Rousey won via pinfall and not the arm bar submission.  Grade: A- 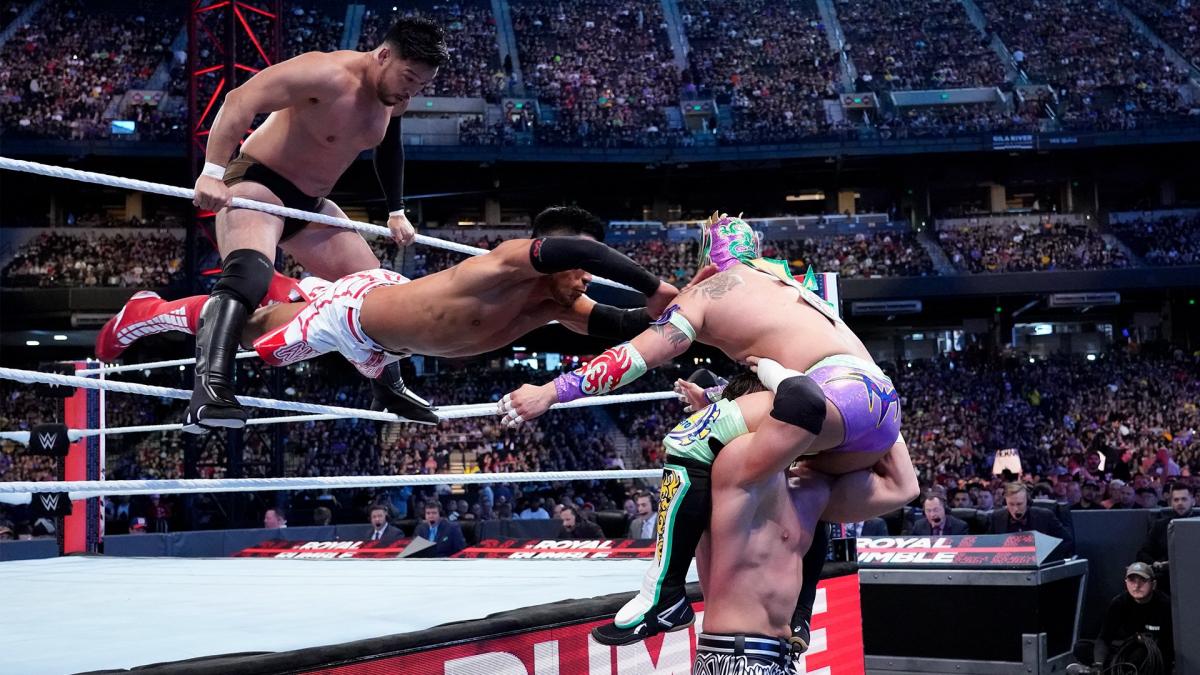 Every pay per view sees the cruiserweight title defended on the pre-show, even though they typically steal the show. There was so much action going on that it was hard to follow. Still, the 205 Live superstars kept me entertained from start to finish. They might not be the most recognizable names or get much attention, but they do know how deliver an entertaining bout. Grade: A-