IIconics Set For Major Push – Here’s Why They Deserve It

Billy Kay and Peyton Royce made some waves in NXT, but they are doing extremely well on SmackDown Live too! As tag team IIconics, the pair has done nothing but impress, and this has reflected on their merchandise sales.

Billy Kay and Peyton Royce made some waves in NXT, and they brought that success to SmackDown Live too! As the IIconics, the pair has done nothing but impress, and this has reflected on their merchandise sales. This could mean big things for the Aussie Duo! 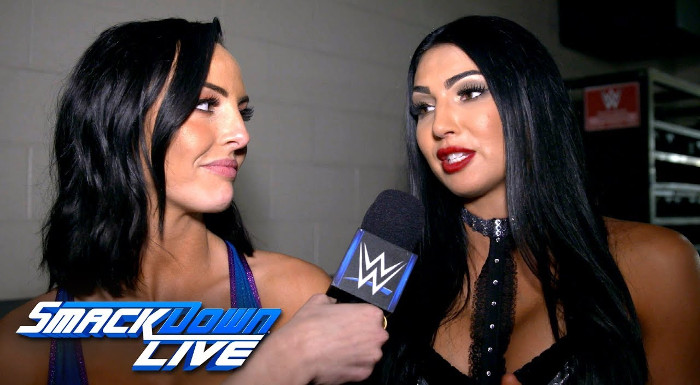 It is no secret that merchandise sales usually translate into big pushes within the WWE. According to WrestlingNews.co, the IIconics are doing far better than expected on their merchandise sales and this could undoubtedly turn into a significant push for the sheilas from down under!

The Future for the IIconics? 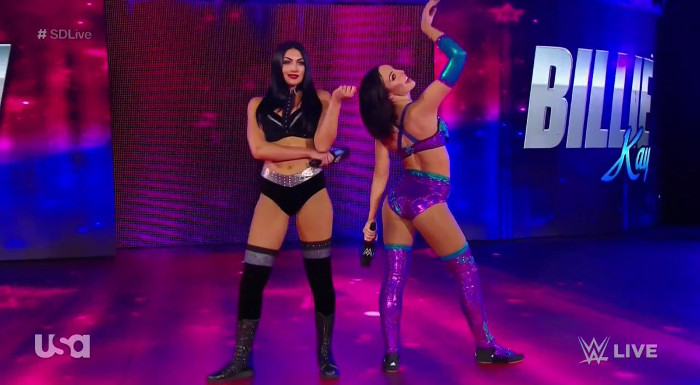 SmackDown Live was probably the best brand the IIconics could have ended up on. Raw tends to marginalize its new arrivals, so SmackDown has perhaps made a big difference for the pair.

There are loads of opportunities for the Royce and Kay on SmackDown Live, but I have some ideas of my own that I would like to see. I honestly think it is time for a women’s tag team title, and who would be better than the IIconics as the first SmackDown women’s tag team champions?

Let’s face it. Women have come a long way in the wrestling industry, but there is still no women’s tag team title. Until this happens, women are still not on equal footing with male WWE superstars. So, I hope the WWE has some ideas for a tag team championship belt. It would make things tons more interesting! Of course, if they do make the belt, I hope the IIconics will take it!

Would you love to see a tag team title with the IIconics at the helm? Let us know in the comment section below!