Her behavior is absolutely appalling!

Rosie O’Donnell has become completely unhinged since President Trump won the election. She appears to be unable to focus on anything else but screaming about not getting her way. Now she is demanding to play the role of Steve Bannon, President Trump’s Chief Strategist on Saturday Night Live.

Rosie changed her Twitter avatar to a photoshopped picture of her as Steve Bannon. Rosie is very enthused about playing a man and she’s intent on getting her way and liberals are cheering her on. She is demanding that Saturday Night Live have her on to portray Bannon.

Rosie as a man isn’t that far of a stretch as you can see in the picture below comparing her photoshop with Bannon. 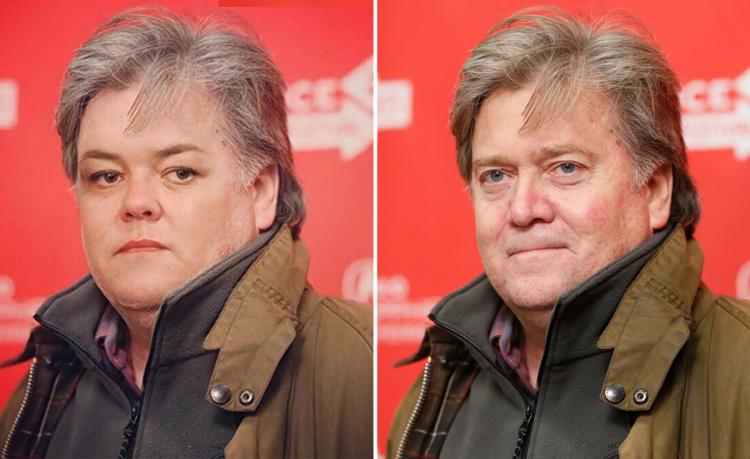 But that wasn’t all Rosie did. She also sent out a nasty tweet describing President Trump and Steve Bannon’s relationship.

my thoughts exactly – u know they watch it – cuddled together in short bathrobes in the Lincoln bedroom – eating fast food – tweeting #love https://t.co/9UD2zz18h4

Saturday Night Live has always made fun of politicians. But in the Trump era, it seems to be about all they can do. And if sworn enemies to the President can just dial up and demand to be on the show, that’s not really comedy. That’s an infomercial.

If Rosie is on this SNL, I will cry foul. Comedy will have been replaced with hyper partisan shrieking intended to damage more than it is intended to make anyone laugh. She is nothing more than a bitter bully who screams and throws stones when she doesn’t get her way.

Nothing has been announced but the avatar change has people wondering if Rosie has bullied her way onto SNL. If she appears, SNL will have jumped the shark.

Share this if you think Rosie O’Donnell isn’t even funny!