'She-Hulk' has finally introduced Daredevil proper to the Marvel Cinematic Universe - and it went just as well as you'd expect.

After a grueling eight-episode wait, She-Hulk: Attorney at Law has finally introduced Matt Murdock’s costumed alter-ego to the Marvel Cinematic Universe – and in doing so, to the surprise of no one, completely bastardized and butchered his character. 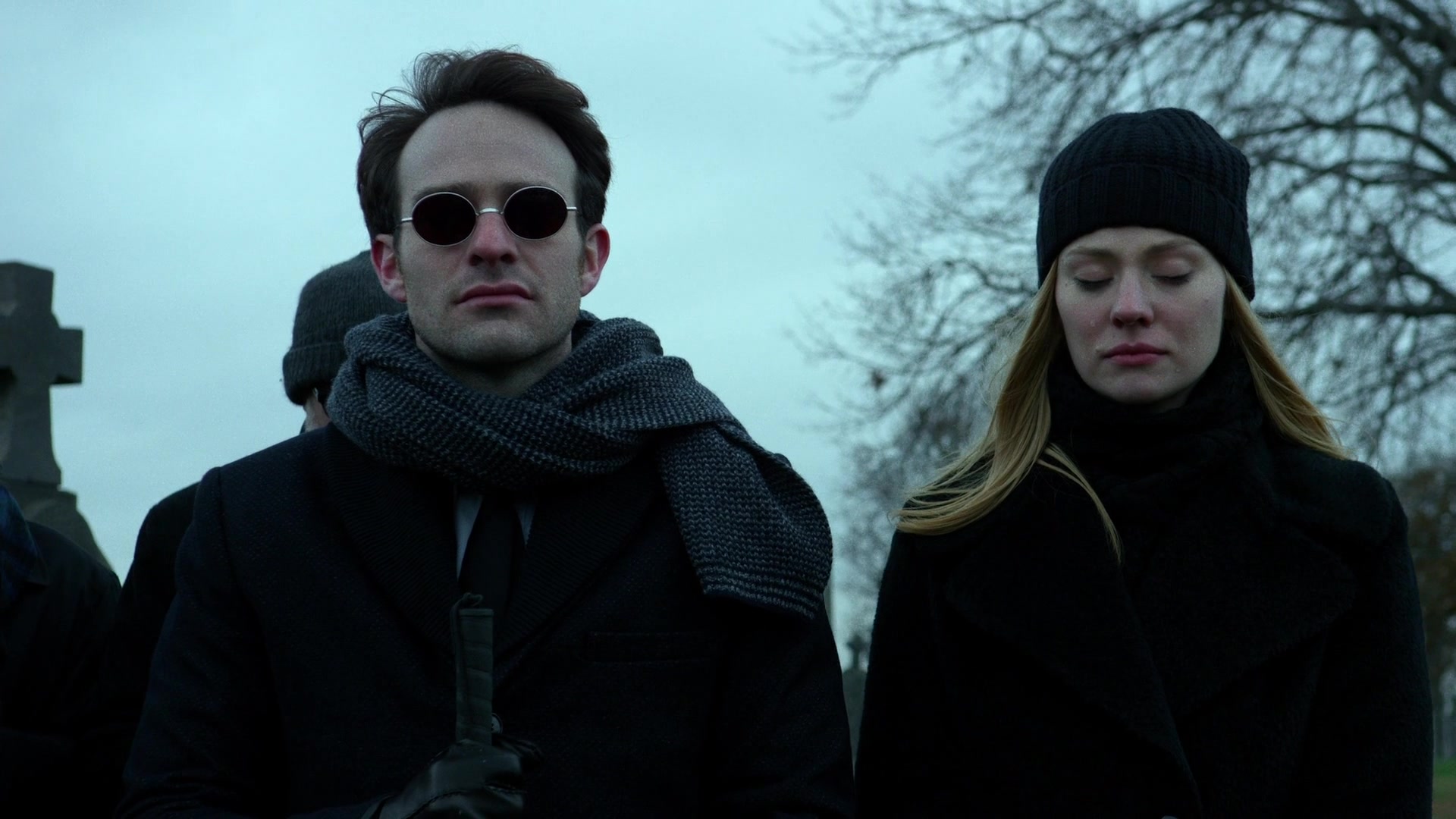 RELATED: ‘She-Hulk’ Star Jameela Jamil Says She Wants To “Engage With Critics So I Can Learn” Following Twitter Spats Over Series’ Quality

After his well-received and expertly used cameo in Spider-Man: No Way Home, fans were excited at the prospect of getting more Charlie Cox Daredevil in the MCU proper.

Of course, these hopes wouldn’t be without tempering, as many were fully aware that Marvel’s current direction for the shared cinematic universe could not only result in the Devil of Hell’s Kitchen being turned into a complete joke, but their most mature character becoming outright ‘Disney-ified’.

RELATED: ‘She-Hulk: Attorney at Law’ Episode 7 Review – Jennifer Gets Ghosted By A Manbaby, Goes To Therapy

This fan hesitance was only further amplified by series head writer Jessica Gao’s August confirmation that they would be veering away from a “Daredevil who is very dramatic, little bit on the heavy side, very dark, brooding” in favor of exploring “a lighter side of that character.”

Sadly, though absolutely unexpectedly, these fears ultimately came to pass with She-Hulk’s eighth episode, Ribbit and Rip It.

Admittedly, his appearance starts off relatively strong, beginning with Murdock exercising his signature charm as he saunters into a courtroom opposite Jennifer Walters.

“Apologies for the tardiness, your honor,” he addresses the Judge. “I had trouble finding parking. Just kidding. My driver got lost.”

Representing superhero fashion designer Luke Jacobson – the same man who designed Jen’s “unique physique”-responsive business and super suits – in a defective goods lawsuit filed against him by the Jade Giantess’ client, Leapfrog, whose Jacobson-crafted outfit recently had its ‘rocket boosters’ malfunction during his attempt to stop a robbery.

Using his legal expertise to deftly counter every argument Jen puts forward on Leapfrog’s behalf, Murdock ultimately puts an end to the case when his heightened senses detect that the wanna-be superhero had powered his boosters with jet fuel rather than the kind he was explicitly instructed to use by Jacobson.

However, everything immediately goes downhill from there.

Following a brief and forcibly flirtatious interaction between herself and Matt at a bar (seriously, character criticisms aside, there just doesn’t feel like there’s any organic chemistry between Cox and Tatiana Maslany), Jen then receives a surprise phone call from Leapfrog, who proceeds to beg her for help from an alleged physical attacker.

Donning her super suit for the first time, Jen proceeds to find Leapfrog’s car and bring it to a screeching halt with nothing more than the sturdiness of her own frame – a halt which in turn forces a fully-costumed Daredevil to fly forward from the roof.

The two super powered attorneys then proceed to engage in the typical ‘hero fight based on a misunderstanding’ before Jen eventually brings their brawl to an end by grabbing Matt and ripping off his mask.

And it’s as soon as these two transition from CGI swishes on a greenscreen to two human actors talking to each other face-to-face that Daredevil’s quip-ification begins.

Giving Jen a brief explanation of his radar sense, Matt informs her that he was chasing Leapfrog because had had kidnapped Jacobson and was forcing him to make him a new suit, only for Jen to slightly shake her head and stutter in disbelief.

I kid you not, Marvel then follows this up with a textbook ‘ironically detached, ‘Uh, that happened’’ moment.

“I’m Daredevil” Matt exasperatedly replies ala Star-Lord to Korath in Guardians of the Galaxy, opening his arms in a sort of ‘you’ve had to of head of me’-type gesture.

To this, Jen just fires back a raised eyebrow and shrugs, quipping with surprised eyes, “Well, it is very daring to use ketchup and mustard as your color scheme.”

Teaming up to rescue Jacobson, the pair make their way to Leapfrog’s lair, the Lilypad, whereupon they discover that, as detected by Daredevil, “there are 25 goons in the building”.

Unfunnily – so much so that it’s not even worth transcribing – Daredevil’s use of the word ‘goons’ prompts a brief bickering between the two over whether that term or ‘henchman’ was more appropriate to use in describing Leapfrog’s guards.

From there, the two begin to engage in an argument – which though played as flirtatious instead comes off as entirely petty – over whether to stealth their way in as per Matt’s suggestion or run with Jen’s idea of just smashing the place to pieces.

“You just wait here until I’ve gotten all ten [of the goons in this specific room],” says Matt.

“I’m not gonna sit here for half an hour while you pick off goons one by one,” protests Jen. “I’m a Hulk. How about I just smash our way in?”

“They have weapons, Jennifer,” Matt exhaustedly counters, to which Jen points out, “Yeah, good thing She-Hulk is indestructible, Matthew”.

“Stealth’s the way to go,” a frustrated Horn Head asserts, before childishly dismissing his ally. “I’ve done this a million times. How many times have you broken into a warehouse full of goons?”

“Just let me do my thing,” he states, walking away to begin his infiltration.

Despite his being adamant that “stealth’s the way to go”, upon defeating five unsuspecting guards, one guard remains conscious through Daredevil’s initial assault and manages to begin signaling for back-up.

However, rather than taking his billy club and throwing it at the guard to finish the job or even at the radio itself to end any chance he has of giving away the costumed crimefighter’s arrival, Daredevil instead stands by and waits for the man to finish making his call before putting him to sleep.

Letting everyone in the facility know you’re there. Real stealthy there, Matt.

Eventually, the two find Jacobson and rescue him from Leapfrog’s forced employment, which in turn brings Daredevil’s time in Los Angeles to an end.

But before he goes, the series manages to deliver what is perhaps the most embarrassing, egregious, and outright baffling blow to Matt’s character.

RELATED: Marvel’s She-Hulk Star Jameela Jamil Responds To Criticism Of Her Live-Action Titania “I Accept Every Ounce Of Shade Here”

In the aftermath of their victory, Matt finally acknowledges their shared attraction, asking if he “maybe next time I’m in town, I can take you out to dinner” as they watch the authorities clean up the Lilypad.

To this, Jen suggests, “Yeah, or maybe we can just skip all that and just…”

Cut to devoted and widely-recognized Catholic Matt Murdock returning to Jen’s apartment for a one-night stand with the woman he has known for less than 24 hours – an act which even the non-religious author of this article recognizes runs fundamentally counter to the deeply-held beliefs his Netflix series spent hours upon hours exploring.

To add insult to injury, Daredevil’s plotline in She-Hulk ultimately ends with the hero, fully clad in his costume but boots in hand, doing the ‘walk of shame’ the next morning.

The disaster that is She-Hulk is currently airing on Disney Plus, and thankfully for anyone who for whatever reason had to stick around for this awful ride, it only has one episode left in its first season.