Riot Games have denied they have a policy forbidding their female employees sharing bikini pictures on social media; or from criticizing male staff wearing t-shirts with “bikini models” on them.

The initial claim came from @SNazerine, a Software Engineer working on Valorant. She alleged Riot Games had disciplined her for sharing a photo of herself in a swimsuit on a personal social media account.

“If you’re a woman at riot and you post a swimsuit pic you can get in trouble with HR and have to delete [it],” @SNazerine claimed [2]. “But then u go to the office and guys r walking around in t shirts emblazoned with bikini models and there’s a policy forbidding you from complaining about specifically this.”

Andrea Sepenzis had little good to say about Riot Games, even as their former Insights Lead, Director of Business Health, and Director of Strategy for Riot x Arcane.

“No no no you don’t understand. sexualizing *digital* child-women they can in every way control as objects for their own gratification is basically a civil right,” @ajseps snarked [4]. When *actual* women make them feel stuff then *they* have the power and that’s simply can’t be allowed.”

As alluded to above, @ajseps and several others took issue with how Riot Games gladly sold alternative skins for League of Legends characters in bikinis and other revealing outfits.

The alleged policy was news to at least one former Riot Games developer, with @cuppy stating [6] “hold up wait. Is this referring to posting on your own personal social media, or on company Slack? Like what’s the context here? This sounds WHACK.”

@SNazerine eventually replied [8] to her own tweet, stating “HR partner reached out to me about this and said I can come to her about it and she’ll do her best so we stay winning girlies.”

Speaking to The Gamer [10], Riot Games stated there “isn’t a rule like this” at the company, adding that they would be “follow[ing] up with everyone who made a claim about this [so the studio can] clarify its policies.”

A representative explained that the post wouldn’t be in breach of either its social media or dress code policies. “To be 100 percent clear, there is no policy against bikini pictures or anything like that.” 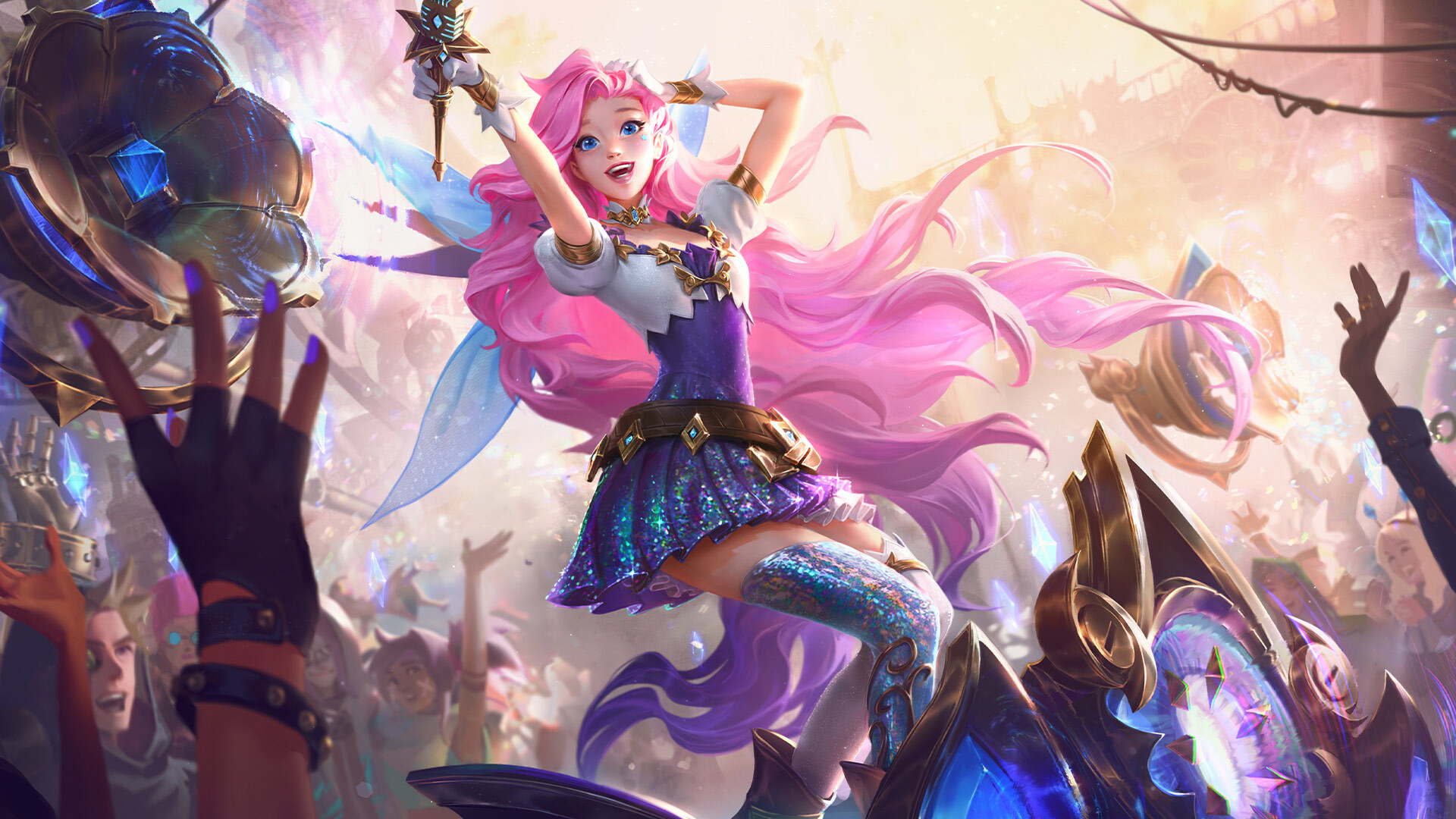 “If Rioters [workers] raise concerns about content they see on social media from other Rioters, we may take action if it’s in violation of our policies or against our values in order to keep Riot’s workplace safe and inclusive,” Riot Games explained. They also acknowledged some complaints could be made in “bad faith,” and don’t act on all complaints made.

“The idea that we’re actively policing this or that this is a widespread thing is ridiculous,” a Riot Games spokesperson defended. “In my four years here I’ve never had a conversation about a bikini picture.”

The spokesperson stated, “There are nearly 4,000 Rioters and we have one of the loosest social media policies of any company I know of. I’m sure you could find hundreds of pictures of Rioters of all genders in all sorts of beachwear on social media.”

The statement concluded that the alleged shirts with bikini-clad women worn by men in the office would be a breach of company policy and Riot Games had reached out to those making the aforementioned compliant.

The Tencent subsidiary was the center of a 2018 exposé by Kotaku [12]. They claimed the company had refused to promote women into leadership roles, male colleagues making inappropriate comments, ideas pitched by female workers being rejected instead of being praised, “bro culture,” and more.

Some claimed in interviews they were “fact-checked” on their love of games, in hopes to hire “core gamers” more than anything, even if they are involved in non-development roles. Some even claimed Riot Games checked hopeful interviewees League of Legends stats, and would offer 10% of annual pay (up to $25,000) for any “mismatched” employee to leave.

RELATED: Cuphead Studio Director Says Employees’ Mental Health More Important Than DLC Development Speed: “If It Takes Longer For The Game To Come Out, Who Cares?” [13]

Kotaku noted some of the 28 current and former Riot Games employees denied experiencing any discrimination however, including some “top” female employees. While initially denying the claims, Riot Games would later state [14] “we haven’t lived up to our own values […] [we have] taken action against many of the specific instances in the article.”

After updating [15] their company values webpage in 2019, a class action lawsuit reached a preliminary settlement [16] that same year. This was later agreed to be a sum of $10 million [17], followed by the Department of Fair employment and Housing interjecting and having the potential to raise that settlement to $400 million [18].

After Riot Games’ attempts to force the case to private arbitration — citing the women had waived their right to sue [19] when they were hired —  over 200 of their employees staged a walk out [20]. The lawsuit was finally settled for $100 million [21] in late December, 2021.

What do you think? Let us know on social media and in the comments below.