It's hard to overstate just how important droids are to Star Wars. They can be good, bad, and everything in between. Here are a list of our favorites:

Bounding Into Comics
/
by Frank Martin

It’s hard to overstate just how important droids are to Star Wars. They can be good, bad, and everything in between. Here are a list of our favorites:

Tactical droids have appeared periodically throughout The Clone Wars series. They are smart, essentially “general” droids that command the basic units in warfare against the clones.

Kalani was a unique droid that was left marooned at a Separatist base after the war was over. When Kanan and Ezra stumbled upon him, Kalani sought to reenact the Clone Wars against the master and apprentice. In the end, they both teamed up against the Empire, proving that no conflict in the Star Wars universe is ever straightforward.

BT-1 is essentially what would happen if you turned R2-D2 into a Swiss army knife of destruction. Along with his partner Triple Zero, BT-1 is probably one of the most evil droids in Star Wars lore.

The droid’s ultimate goal is to serve no master and exist to inflict mayhem. Blasters, lasers, rockets. This droid has it all and is not shy about using them.

For a big part of Rebels, Chopper was droid supreme. Until AP-5 came along and brought his own sense of being a droid to the group.

Compared to Chopper, AP-5 is a much more mellow presence, but that doesn’t mean he isn’t a worthy addition to the show. He was an Imperial droid that chose to join the rebels and his attention to detail and protocol rises to an almost comical level. Not many things are certain about Star Wars, but AP-5 is definitely an underrated factor.

BB-8’s design alone is enough to make him fun. At a time when fans were wary about what Disney would do to the franchise, BB-8 came along and showed that Star Wars could still be fresh.

Whether or not the stories themselves would live up to their potential is a completely different story, but BB-8 had the personality and design to make the universe fun again.

If BT-1 was the destruction side of this duo, then Triple Zero is all about personal pain. Triple Zero is far more statistical than his astromech counterpart, relishing in torture and psychological abuse.

He’s so over the top about it that it rises to comedy, but don’t let that fool you. Triple Zero can be horrific in the worst ways possible. 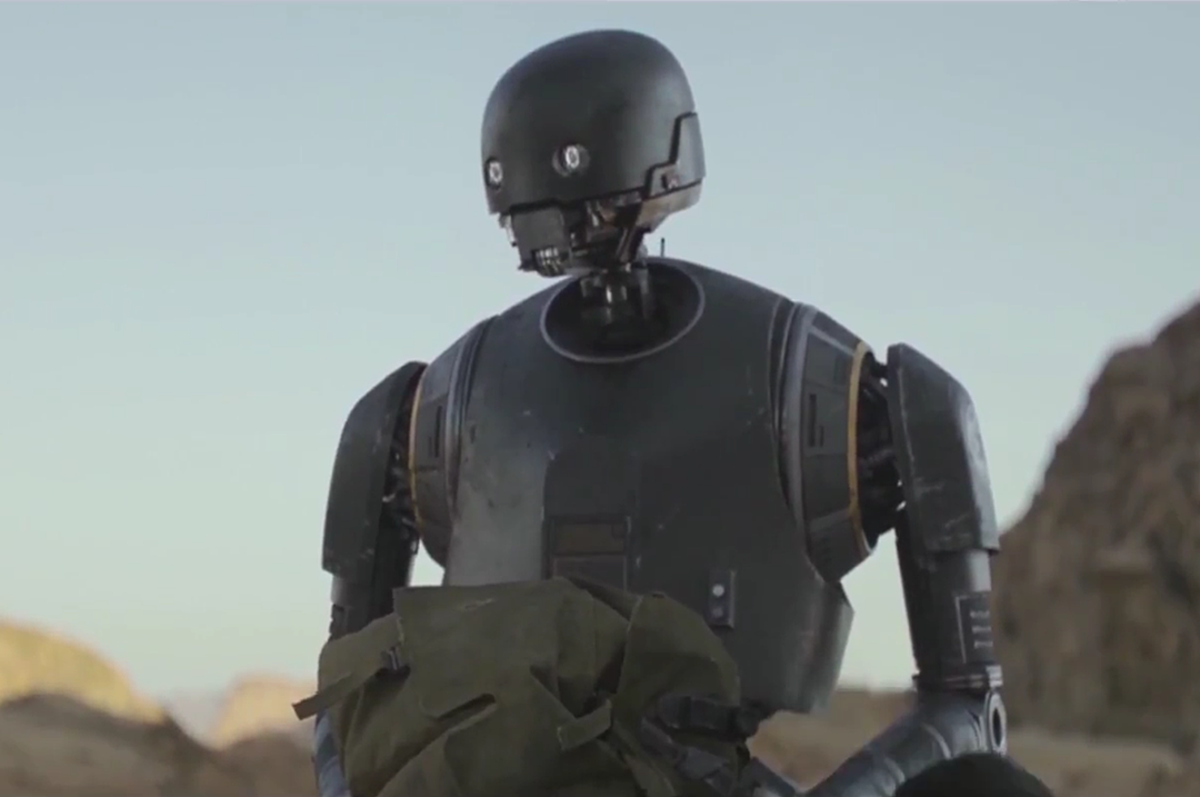 Every new Star Wars entry tries to leave it’s mark with a new droid. K-2SO was that for Rogue One. Brilliantly voiced by Alan Tudyk, K-2SO brought a sense of dry humor that had been missing from the Star Wars universe.

More than that though, he’s a loyal companion and was a part of the doomed mission to the end.

IG-88 had largely been the most popular model of this assassin droid, that is until IG-11 premiered in The Mandalorian.

As an assassin droid, IG-11 was a pleasure to watch. But even more impressive was his character arc that saw him reprogrammed to become a protector willing to sacrifice himself for his friends.

Star Wars: Rebels was a great show in that it utilized a lot of scrapped concept designs. Chopper just happened to be one of them. He’s smart and reliable like R2-D2, but with a lot more attitude.

He constantly gives other members of the Ghost a hard time and isn’t even considered a droid. To them, he’s a solid member of the crew and an integral part of what makes the show so enjoyable.

And now we’ve come to the top two, which are the droids that have been with Star Wars from the beginning. C-3PO might be a naive, bumbling protocol droid, but his sense of weary optimism never falters. Not without consequences, though.

But he’s routinely an important part of Star Wars lore in spite of that. He can certainly be annoying at times, but no one can deny his influence on the series.

And then there’s R2-D2. It’s hard to find a single Star Wars fan who doesn’t love R2. In fact, given that 3PO’s mind has been wiped on more than one occasion, it’s not farfetched to say that Star Wars is really all about R2’s journey.

He’s tough, reliable, and always pulls through in the clutch. That doesn’t mean there haven’t been some close calls, but that’s the great thing about R2. He’s not really a droid with his human counterparts. He’s their companion.

What are your favorite Star Wars droids?

NEXT: The 10 Best Star Wars Villains