The teaser trailer introduces a number of new Star Wars characters including the Time Grappler and Luthen. It also showcases returning characters such as Diego Luna’s Cassian Andor and Genevieve O’Reilly’s Mon Mothma.

Along with the teaser trailer, Lucasfilm provided a brief synopsis for the series explaining it “will explore a new perspective from the Star Wars galaxy, focusing on Cassian Andor’s journey to discover the difference he can make.”

Their press release adds, “The series brings forward the tale of the burgeoning rebellion against the Empire and how people and planets became involved. It’s an era filled with danger, deception and intrigue where Cassian will embark on the path that is destined to turn him into a rebel hero.” 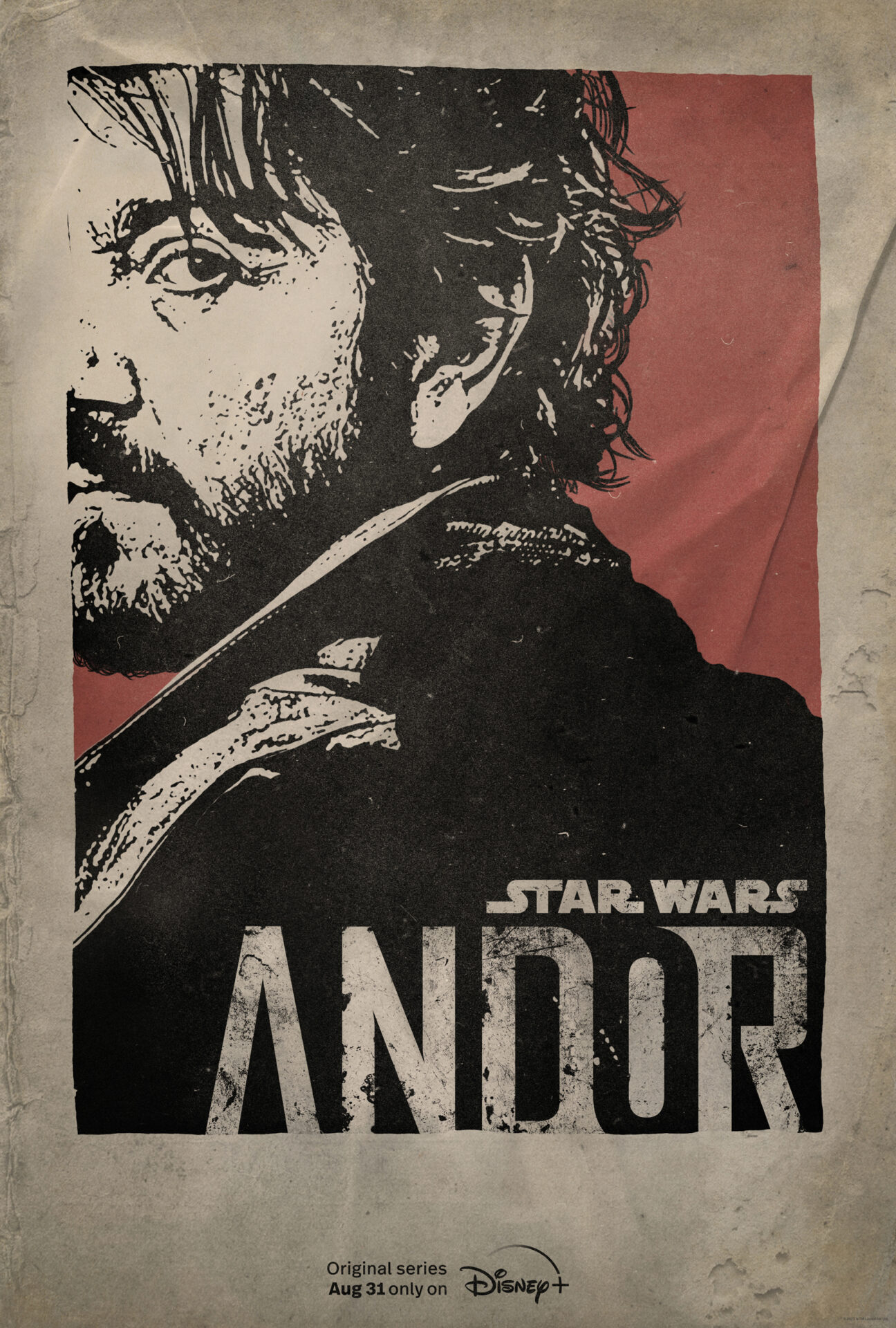 The series has been mired in controversy since it was announced back at D23 in 2019 by Kathleen Kennedy. If you recall at the time, Kennedy claimed the show would see both Diego Luna and Alan Tudyk reprising their roles from Rogue One as Cassian Andor and K-2SO.

Kennedy said, “And now I’d like to bring out two actors who will star in a new spy series inspired by Rogue One that’s coming to Disney+ and is currently in pre-production. Reprising their roles from Rogue One, Diego Luna as the charismatic Rebel leader Cassian Andor, and Alan Tudyk as the wise-cracking reprogrammed Imperial droid.”

However, Tudyk revealed in January 2021 that he would not be in the show’s first season. He told Collider, “They’re shooting it right now, I’m not in it.” However, he did add the caveat, “But, if it stays on the air, stories keep getting told, I’ll end up in there.”

He would further add, “I’m going to be in the show. It’s just that the story that Tony [Gilroy] is telling doesn’t involve K-2SO until later on… I can’t be too specific, but I can definitely say that I’m not going to be in the first season.”

Along with Diego Luna and Genevieve O’Reilly, the series also stars Stellan Skarsgård, Adria Arjona, Denise Gough and Kyle Soller. The show is created by Tony Gilroy, who also serves as the showrunner.

The series is expected to hit Disney+ on August 31. Lucasfilm revealed the first two episodes will be available to stream on the 31st.

What do you make of this teaser trailer and synopsis? Do you have any interest in watching Andor?